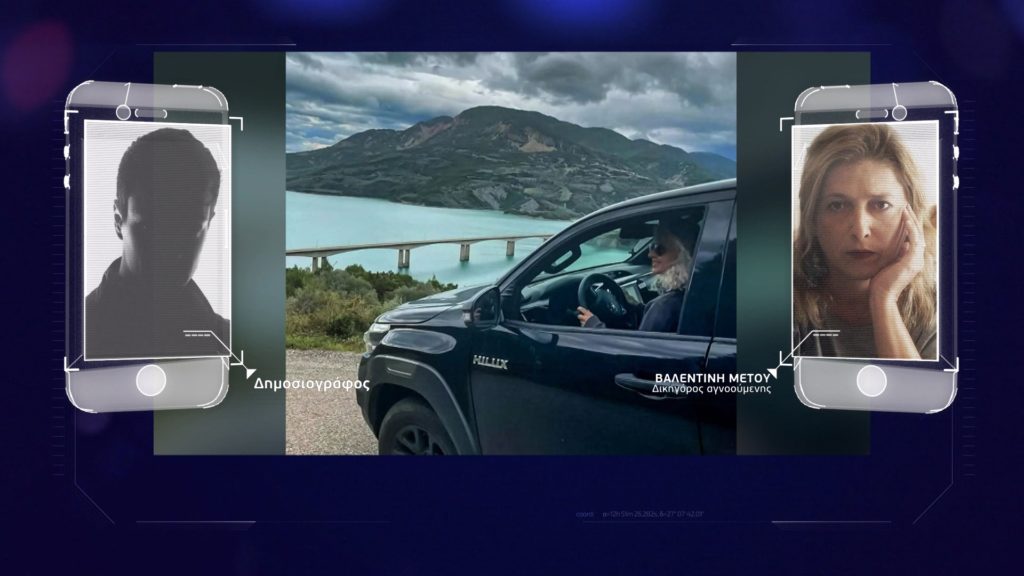 In red is the anguish of the relatives of the unfortunate mother from Karpenisi, who remains missing, after her complaint of domestic violence by her husband.
Share

In a live connection with Karpenisi, Stefania Kokotini, Director of the newspaper “Erytanikos Palmos”, made known that the investigation remains open with the authorities considering all possibilities.

It seems that the police searched from video footage for the cars that preceded or followed that of Eurydiki, 48 years old, mother of a boy, at noon on Thursday, September 22, who disappeared.

The fact that her car was found abandoned on the bridge of Tatarna, in the Kremaston Artificial Lake, forced the authorities to investigate the lake, lest the woman was driven to self-destruction in frustration.

The press representative of the Fire Brigade, chief fireman Yiannis Artophios, spoke about the difficulty presented by the artificial lake from an investigative point of view.

Men from the EMAK, the Red Cross with special sonar, divers from the Coast Guard and the Fire Brigade, as well as volunteers, searched the bottom of the lake for days, to no avail.

It is deemed necessary to investigate the lake again by OFKATH’s underwater drone, which reaches a great depth.

Christos Ramos, president of the Organization, in communication with the show, said he was ready to assist in the investigations again before the bad weather hampered their work.

The show received an important testimony about the movements of the missing person the night before her disappearance. The witness revealed to “Tunnel” the conversation they had and made it available to the authorities.

“What did she say just before she disappeared…”

Athens lawyer Valentini Metou, who represented 48-year-old Eurydiki in her complaints of abuse by her husband, spoke to “Tunnel”. She appears to be the person the mother last spoke to before she disappeared.

“She informed me that her husband had entered their home, while restrictive conditions had been imposed not to approach her within 50 meters and to move out of the matrimonial home. I asked her at that moment if she wanted me to call the police, she told me not to do anything and abruptly hung up on me,” she said.

“The image I had of the missing woman was of a woman who wanted to continue her life and put things in order. She was interested in her property and finances and asked for advice. She also had the courage to report what was happening to her, which is difficult in a closed society. She had made an appointment with me for two days later in Athens to meet and see how we will continue with her affairs in the event of an imminent dissolution of her marriage. She intended to come and stay in the capital with a friend of hers, who would host her until the continuation of the self-immolation trial. Therefore, all this did not give me the image of the man who has decided to end his life. All scenarios are possible at this stage. I am waiting anxiously, like all her wider circle, to find out what exactly has happened. I would say that they continue the investigations as seriously as possible in order to have an answer as to what is going on.”