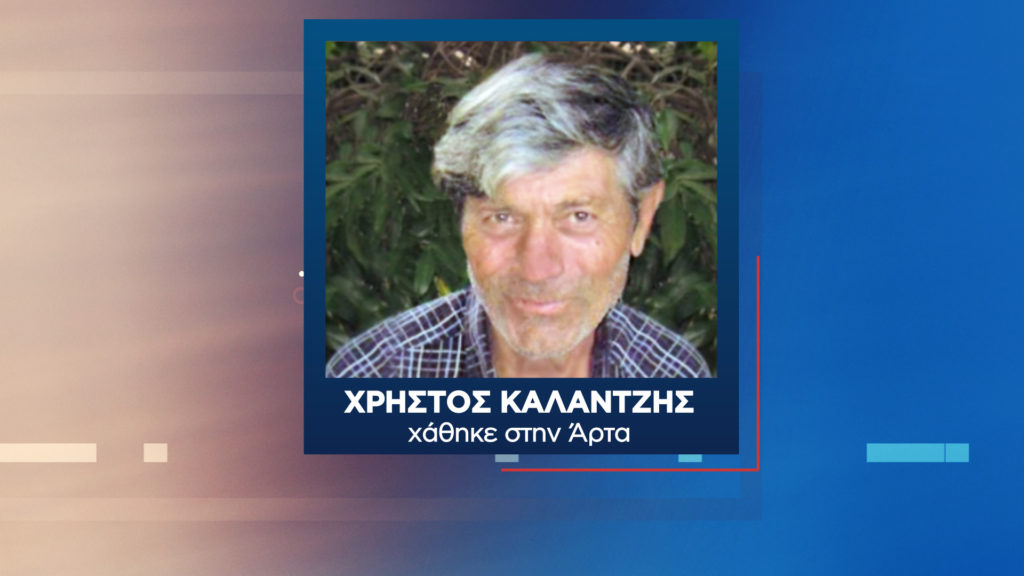 The half-open window, the money on the table and the moldy food, compose the scene of the new strange disappearance in the area of ​​Arta.
Share

Christos Kalantzis’ house was locked. The smell inside it was so intense, you couldn’t breathe…

The traces of the 67-year-old man disappeared on Sunday, March 28, from the area of ​​Agioi Theodoroi, Arta.

The relatives of the unfortunate painter appealed through the show for a testimony that will lead them to his finding.

The house “spoke” when the police opened it…

Relatives of the missing Christos Kalantzis, speaking to “Tunnel”, referred to the strange circumstances under which he disappeared.

“They hadn’t seen him for several days. They thought he went to a nearby village for work. He did not have a cell phone. His brother called the police. When they entered the house, all things were left as if he had been gone for a while and would return. No one saw him. It is as if the earth opened up and swallowed him”, said the niece of the missing person.

“The whole village was looking for him. They came from Ioannina with dogs and boats. Either something happened here or a car took him,” his brother said.

“There was a strange smell around…”

The nephew of the missing painter, Giannis Kalantzis, told “Tunnel”:

“I know he had no enemies, but we have to look towards all directions. We have searched the whole area, but we need help to find the man. We just want him to be well and we contacted the show, for people who listen to help.”

Costas Kalantzis, brother of the missing person, spoke of a good man, who had no differences with anyone and would not create any problems.

“If he was missing for work, his friends would know. Someone would know. This is what torments us. We were worried when something bad smelled in Paralimnio.”

According to his niece, he used to go to this place to listen to the birds, to calm down and to fish.

“He felt dizzy and fell into the river and the stream took him? Because from time to time the dam opens up and the water level rises. We are afraid that something like this happened,” she concluded.

From the searches carried out by EMAK men from Ioannina, with boats and trained dogs in the Lakeside Park of Arta, which is only a few minutes away from his house, no trace of him was found.

In a live connection with the show, Eteoklis Exarchopoulos, from the 5th EMAK of Ioannina and head of the investigations into the case of the missing Christos Kalantzis, talked about the searches that have been done so far and that they are willing to continue the searches if they are asked to.