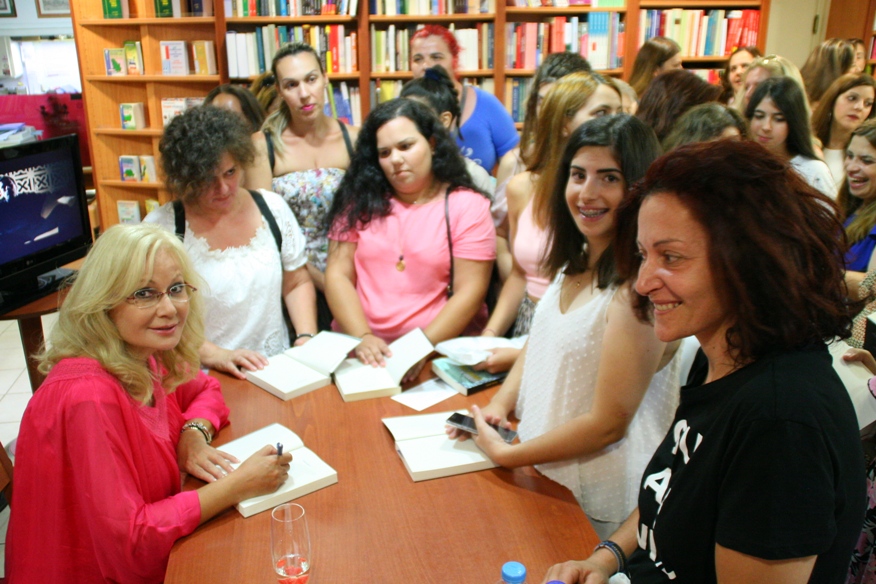 The trip to Crete with my third book “Erotas Fonias” was something special to me. After my contact with Cretan people, I received love, kindness, and their special hospitality.

At Chania, Rethymnon and Heraklion, people were waiting for me to open hugs, smiles, emotional tears and gifts of the Cretan land.

Friends of “Fos Sto Tunnel” and the thriller literature had a lot of questions not only about the cases that took place in the island, but also about others that they attracted their attention.


There were three pleasant and constructive evenings where a useful dialogue on important social issues emerging in the book developed, especially about violence within the family.


People of all ages have shown sensitivity to the issue with many questions and comments.

Parents expressed their concern about the scenes of violence that has flooded the Internet and asked how they can protect their children from them.

Teachers that were among the audience spoke of the signs “witnessing” whether a child has been a victim of violence and how it should be approached. According to Professor of Criminology, Giorgos Papakonstantis, they should immediately contact the Authorities in such cases.


Senior officers of Greek Police attended the events and I once again emphasized the trust that citizens have to show to the Authorities.

In Chania, i waited for you on Monday, July 10th, at the hospitable and historical area of the cafe “Kipos” in the Municipal Garden of the city. The event was co-organized by Kastaniotis Publications and “Typoviliohartemboriki Pelekanaki”. The warm welcome of the owner, Vasilis Stathakis, has been the starting point of all being a pleasant company and exchanging views. 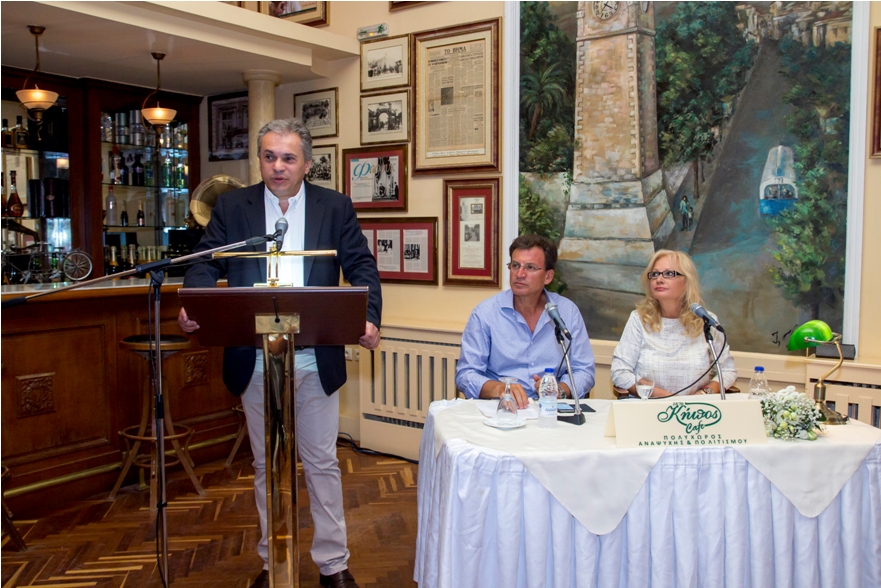 People of all ages have joined us. They were waiting patiently to talk and photograph with me and of course to sign their books.

Next to me at the panel was also the Professor of Criminology at Panteion University, former Police’s Brigadier and writer Giorgos Papakonstantis, who answered many questions. 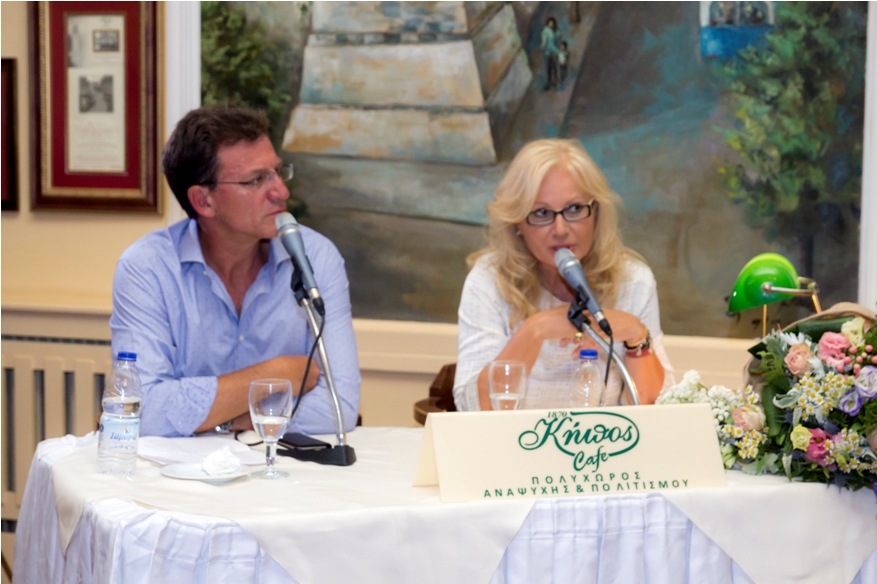 I felt a particular emotion when a young Greek doctor living and working in London came to Chania just to meet me, sign his book and take the plane back to Great Britain. 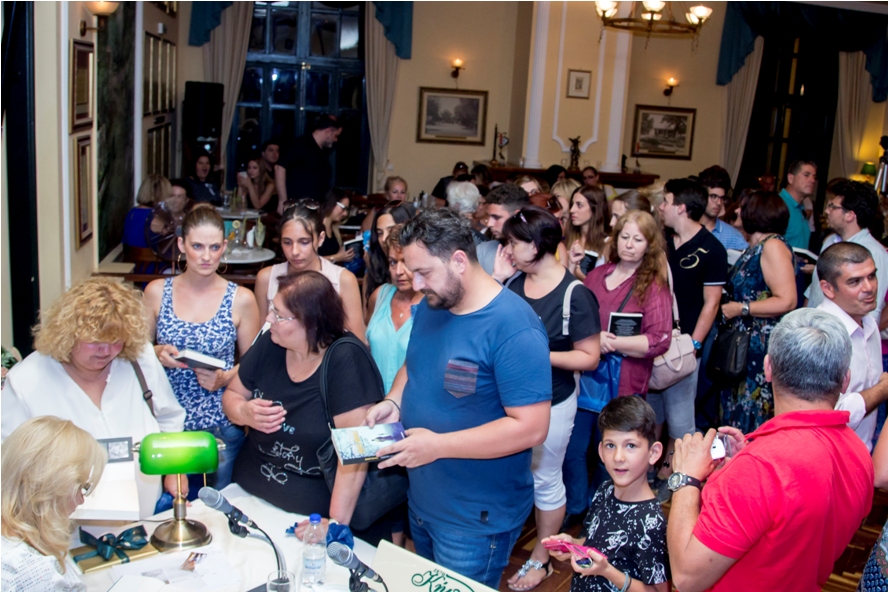 I also met relatives of Greek expatriates from Australia. They asked me to sign their books in order to send them to their people living away from homeland. 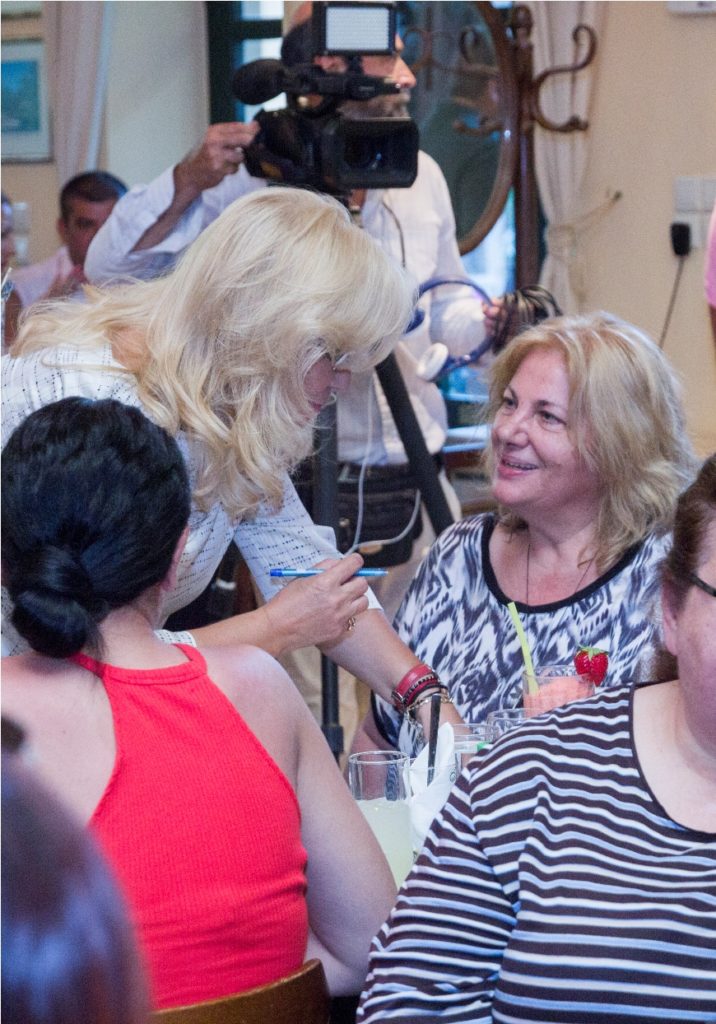 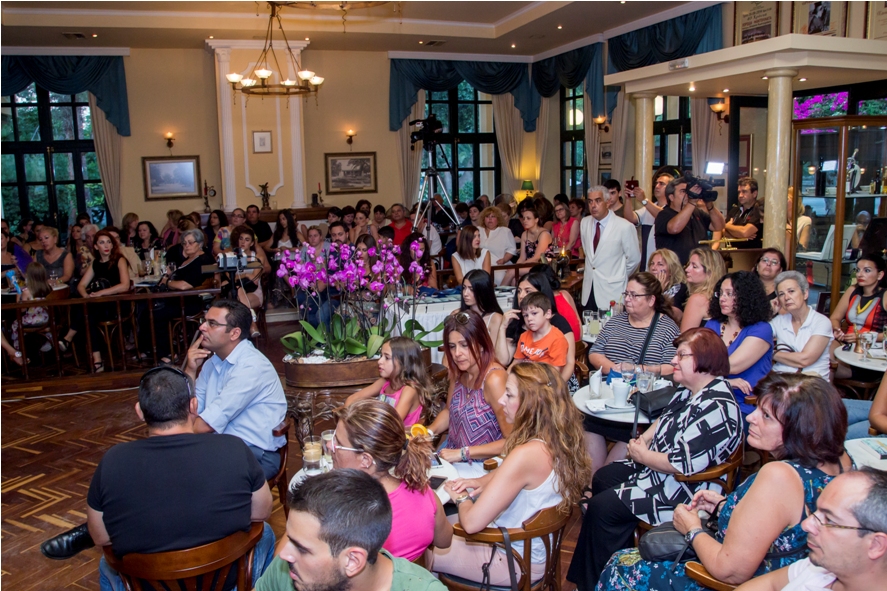 The people of Rethymno who were waiting for me at Klapsinakis Bookstore on Wednesday, July 12th, moved me with their love. Open hugs, smiling faces and emotional words.

Raki, Cretan dishes and traditional wines were served to those who attended the event, waiting patiently to sign their books. 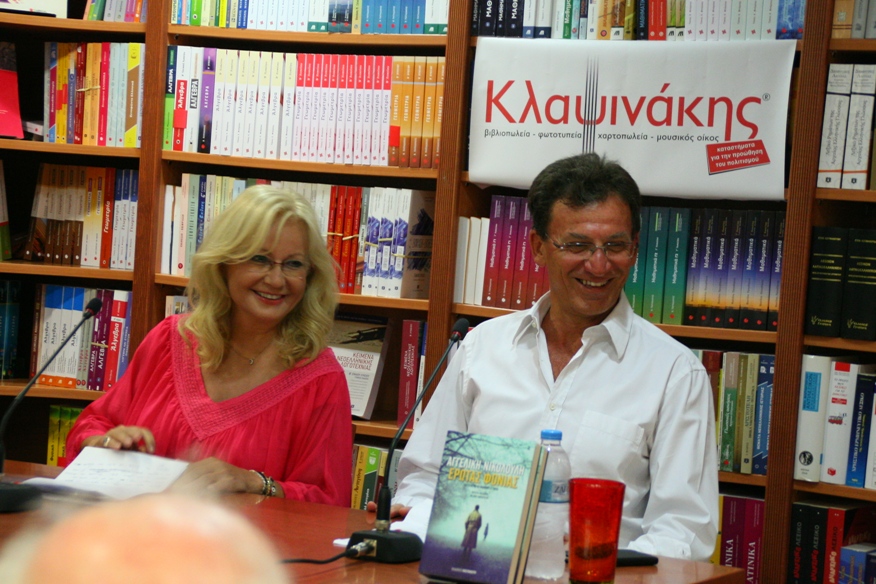 We talked about “Erotas Fonias”, the show, but also about unsolved cases that shocked you. 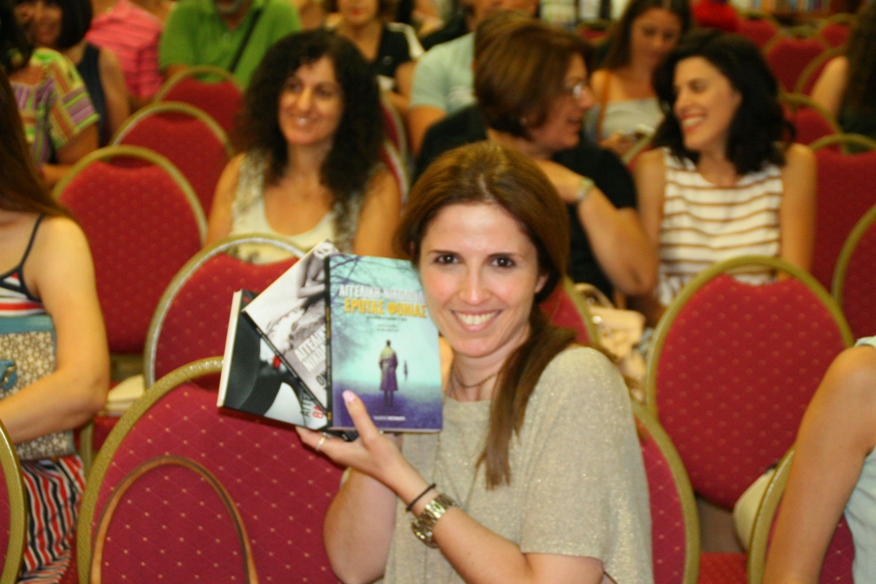 Once again, your response at my call was great. 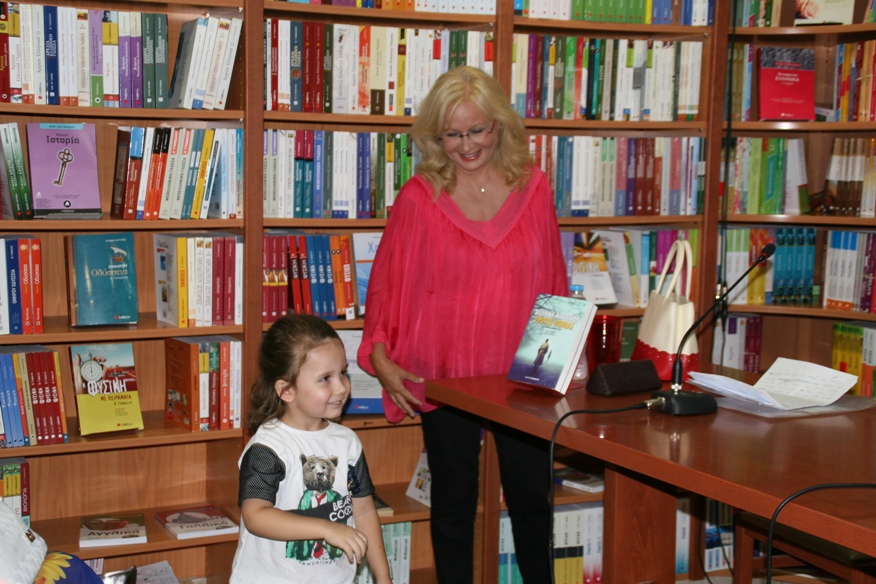 Giorgos Papakonstantis was again with me in the panel. The head of the bookstore, Mrs Maria Klapsinaki also spoke during the event. 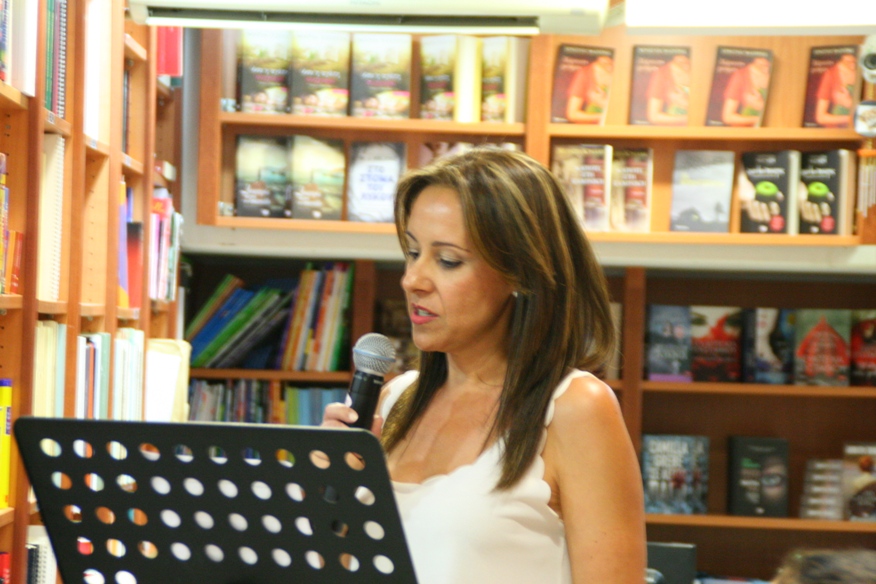 The head of the bookstore, Mrs Maria Klapsinaki

Also in this event, the audience showed particular interest in the important messages raised by the book regarding the abuse of women. For the forms of violence that in ordinary life are covered with the alibi of love. 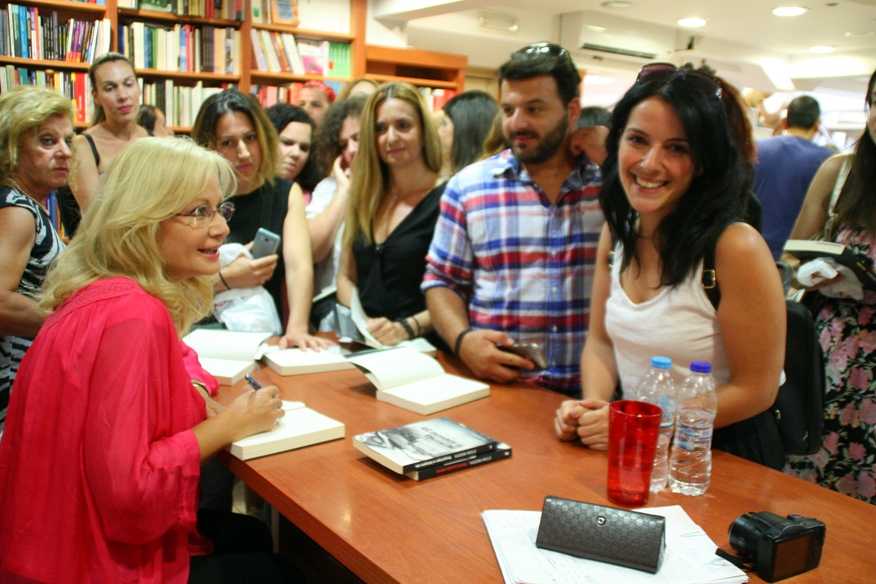 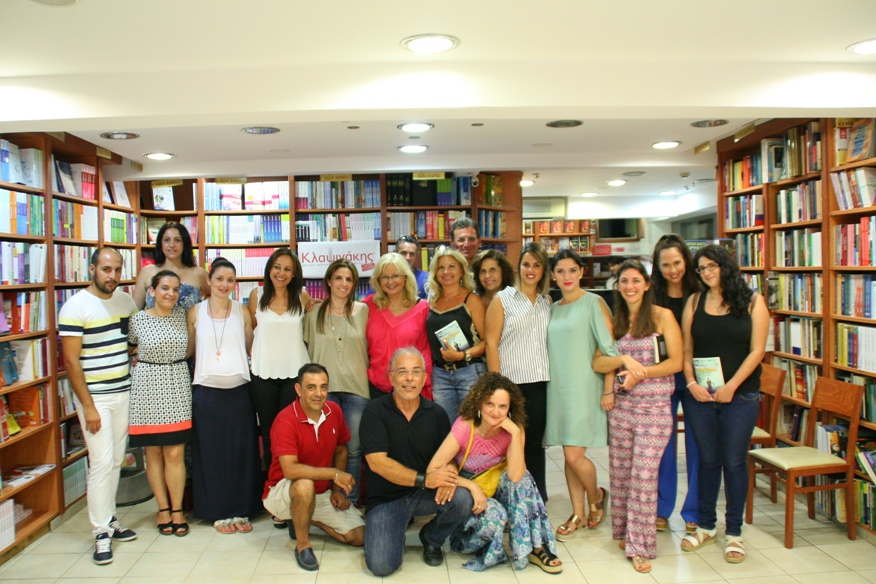 The head and staff of the bookstore in a commemorative photo 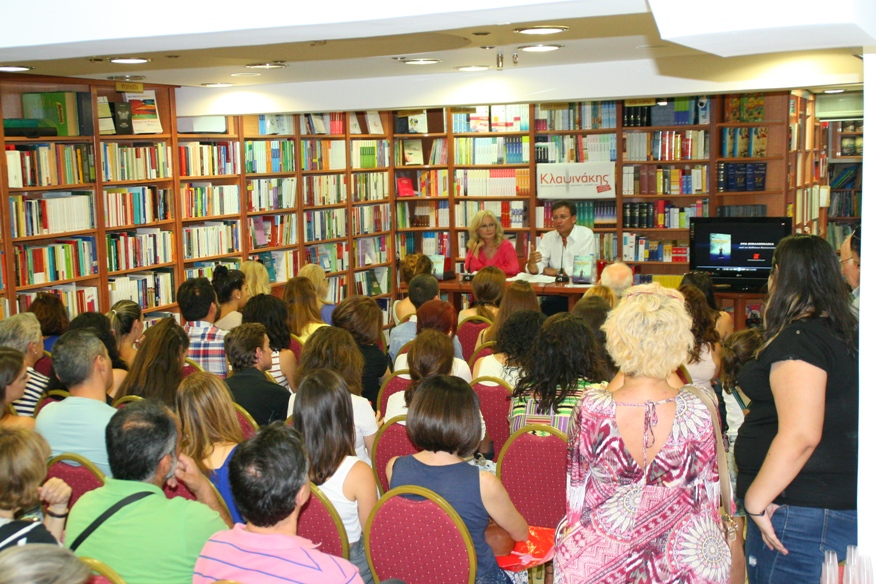 My trip to Crete was completed on Friday July 14 in Heraklion, in the most beautiful way. From early at the afternoon, Tunnel’s friends of all ages, had flooded the bookstore “Public” and patiently waited for me to express their love in many ways. 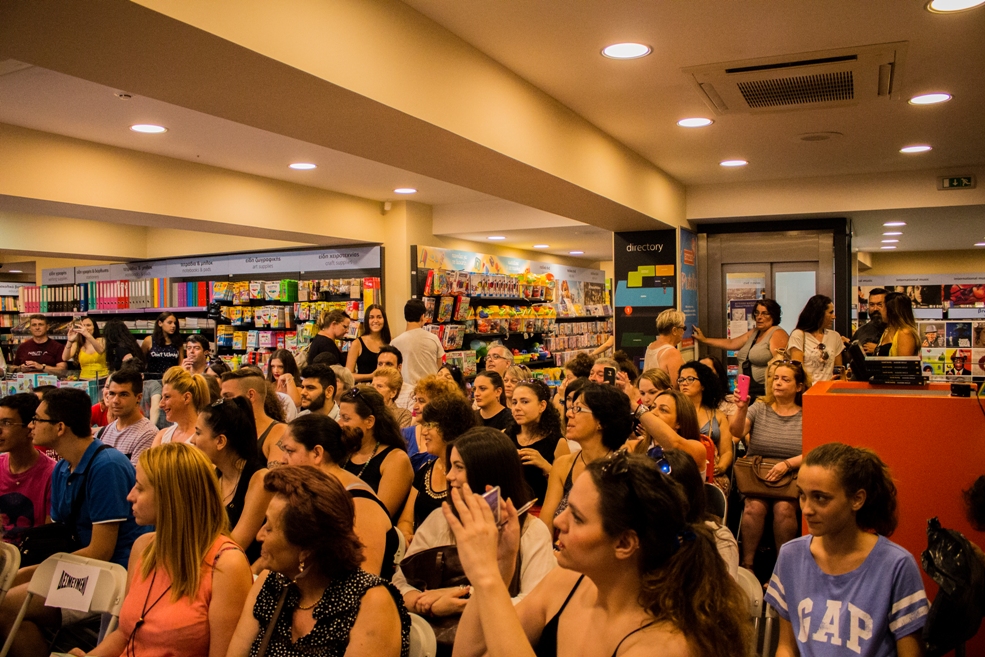 The Kefalogiannis family was also found there, with the Regional Councilor of Crete Zacharias Kefalogiannis. “Tunnel” has recently revived the thriller of his brother Alexis, who has been missing for 14 years. Nikos Chronakis, a representative of the Eurocounsil, Mr Manolis Kefalogiannis was also there. 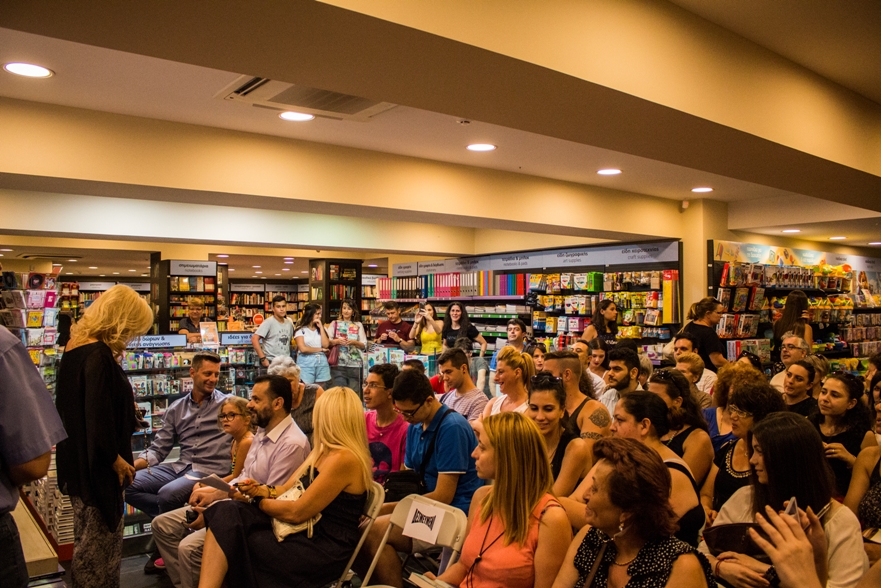 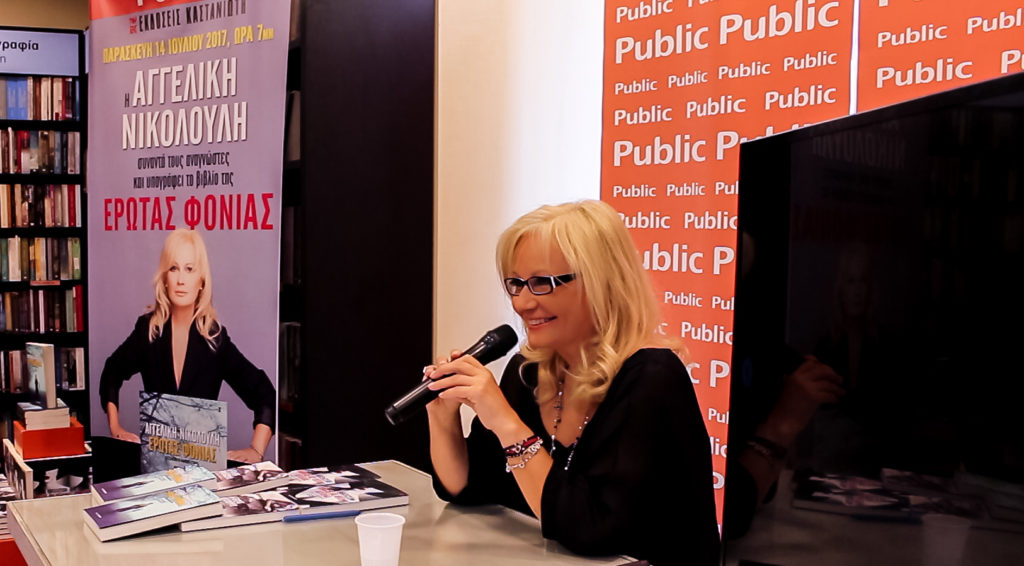 Greetings were given by the director of Public Dimitris Kyriou. Maria Antonakaki, president of the Pan-Hellenic Women’s Club “Kallipateira” (Branch of Crete) and President of the Heraklion Food and Entertainment Association, preached the event. He referred to my progress in print and electronic journalism but also to the successes of the “Tunnel”. 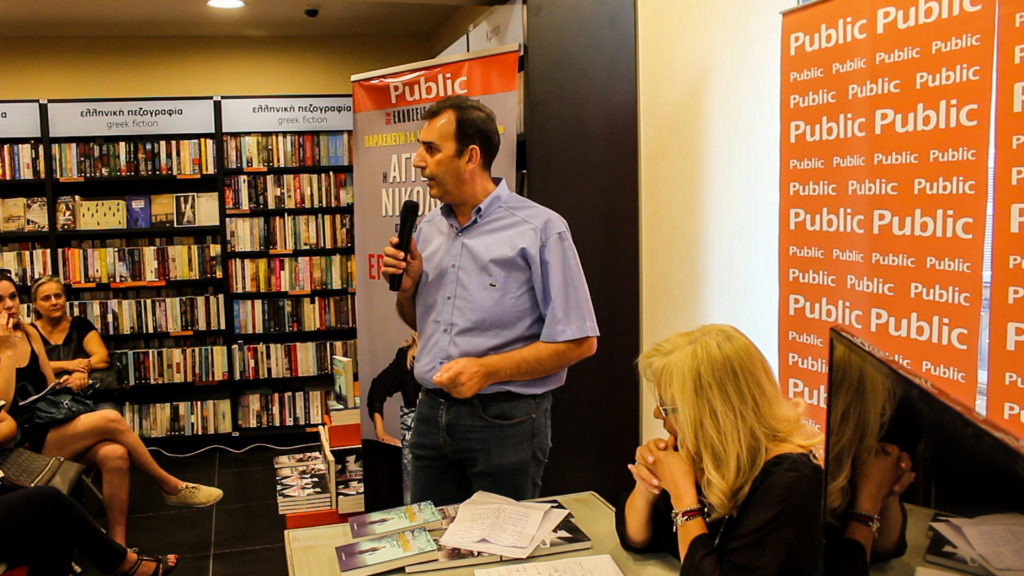 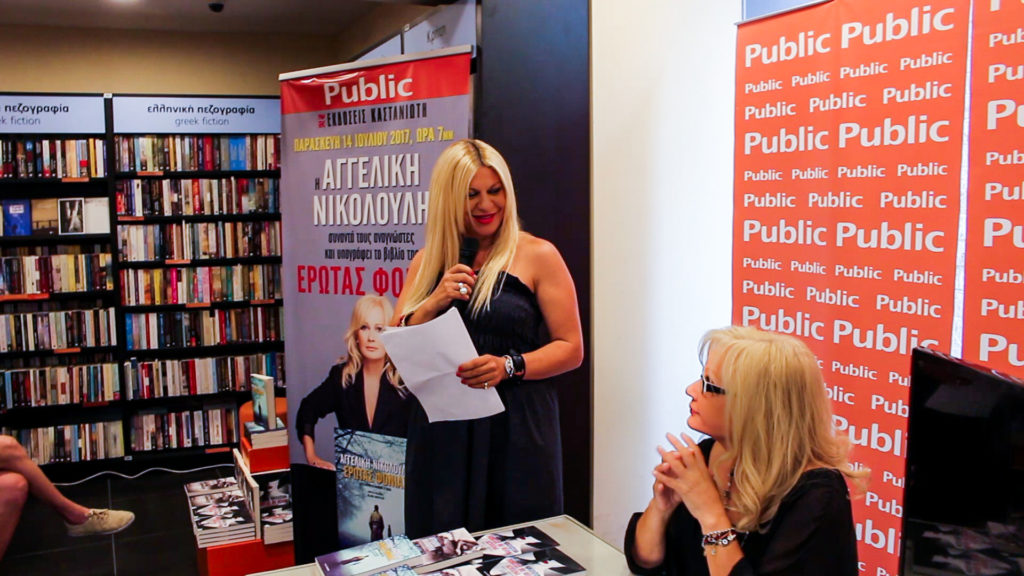 I felt a particular emotion when I met families of Greeks living in London and in Dubai, who expressed my admiration and love. 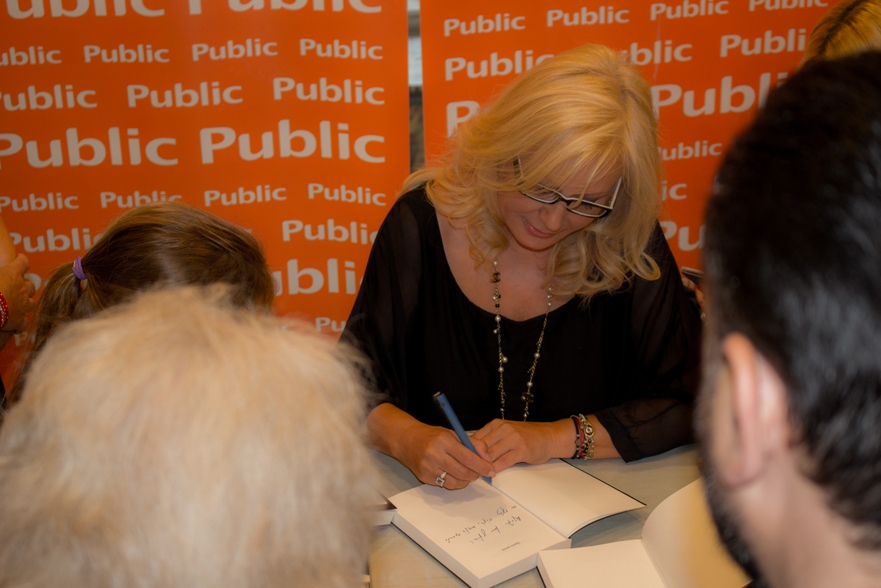 Families from the Peloponnese found in Crete these days on holiday, rushed to the bookstore to get to know each other closely. 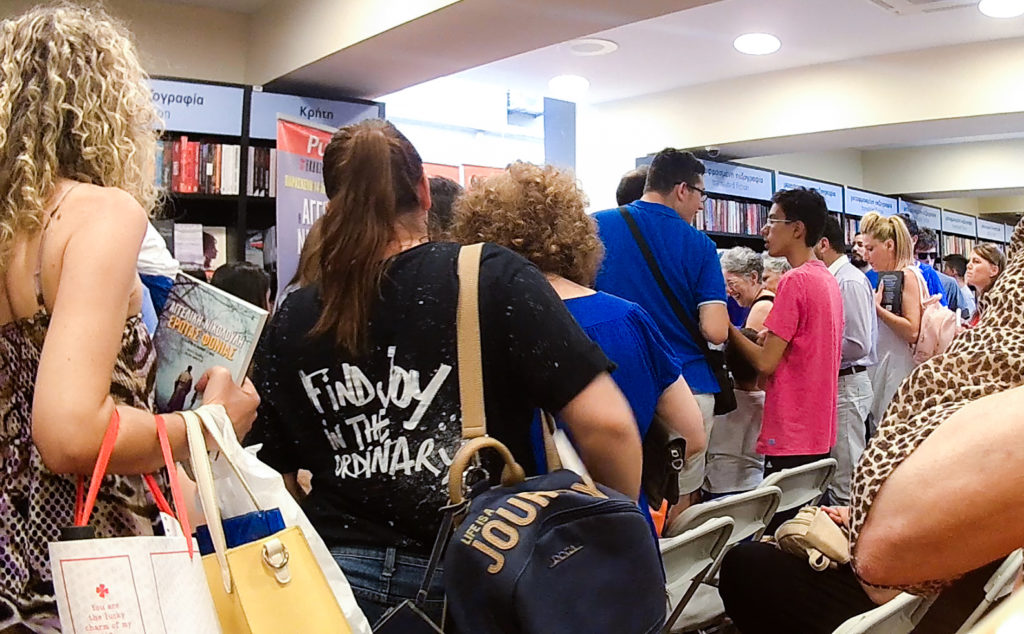 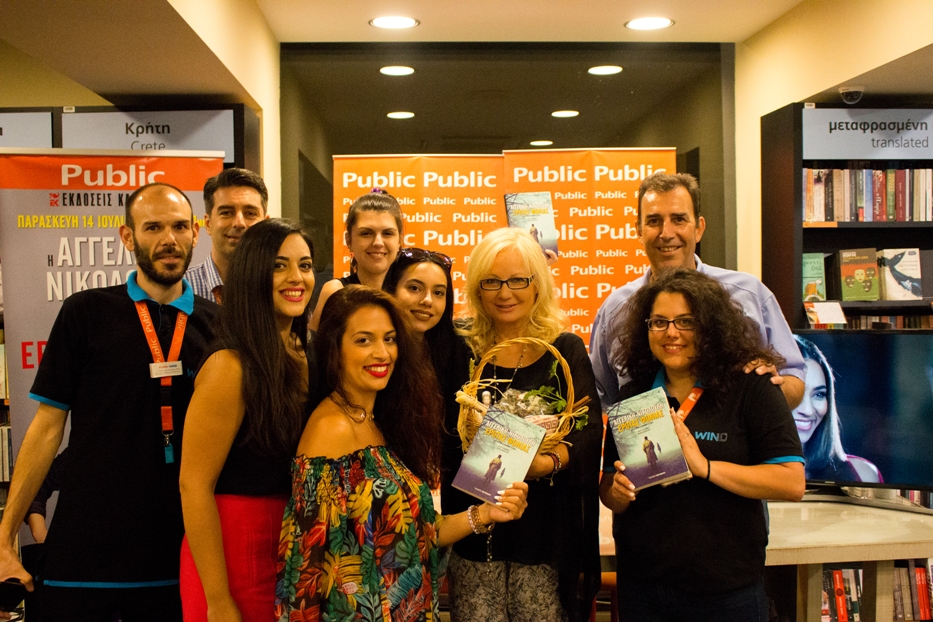 From my visit to beloved Crete, I keep your warm welcome, your love and your wishes that give me the strength to continue.

Thank you very much…