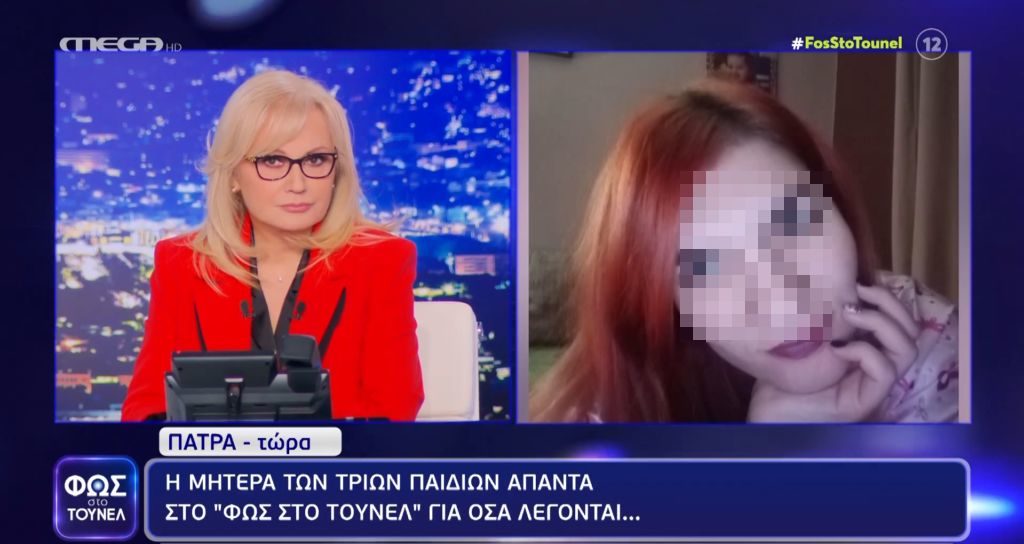 The mother of three from Patras was arrested on a warrant for intentional homicide. She is currently being charged with the murder of Georgina's 9-year-old daughter, who died last in a row.
Share

On the afternoon of Wednesday, March 30, she was preceded by a relevant criminal prosecution against her and initially a prosecutor’s order for her immediate bringing from Patras to the Security of Athens. The transfer of the existing material of the case file to the Prosecutor’s Office of Athens was also requested.

These developments came immediately after the results of the toxicological tests. The anesthetic substance ketamine was found in the body of the unfortunate child in a large amount, which had not been given during her hospitalization.

The prosecution concerns only the death of little Georgina, for whom the case is in the prosecutor’s office of Athens, while in the next few days the cases of the deaths of the other two children are expected to be settled, as the investigation continues.

According to information, the prosecutor’s decision came after she was informed by the NGO “Klimaka”, that the mother of three children expressed intention to commit suicide. It is noted that ketamine is a substance used in large quantities for anesthesia of animals and in small quantities for antidepressants.

“The” Tunnel “two weeks ago revealed that one of the three children (Georgina) spoke to investigators through her grave:” It’s like telling them ‘look for this (substance) how it got into my body. Angeliki Nikolouli had typically said.

The Minister of Citizen Protection, Takis Theodorikakos, also referred to these rapid developments, posting it on social media: “In the unprecedented case of the death of three children from Patras, the Hellenic Police. acted with professionalism, method and efficiency, in full cooperation with the prosecuting authorities. The case certainly shocks the whole of Greece. “From now on, justice has the floor.”