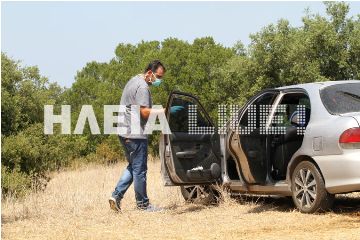 Trapped in a stalemate looking their way back, exhausted in the escape attempt and died helpless.
Share

This is the far image about death of father and daughter in Ilia.The police and the autopsy from the coroner showed everything they have suffered in the last hours.

It is considered certain that Konstantinos Loizidis and his daughter Eleni, lost their way back from the church to their home in Douneika Amaliadas. After a while they tried to reach a family house in Agia Marina Vouprasia.

They lost their way again and being under shock, they were left to their fate. Traces in the deserted pasture where they were found in Borsi, Andravida area reveal the following picture:

According to ilialive.gr, at the end of the dirt road that followed through the Borsi village, they ended up to a field. They went and came after about 800 meters to deadlock. There they stopped. 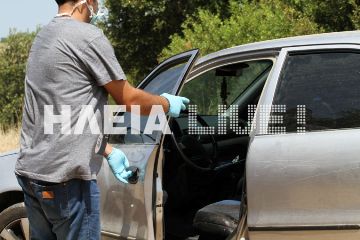 Probably it was late at night and they were abandoned by their strength. It is estimated that some time after, the father lost consciousness in the car. Daughter alarmed, tried to turn back to the path that initially followed seeking help, but she did not succeed.

300 meters from the car she was found with a canteen of water in her hands. Probably the agony and the heat exhausted her who was taking no medication and died helpless, like her father. The coroner Mrs Aggeliki Tziola ruled out the version of the crime. Speaking at the Tunnel, he said that the exact causes of their death would be acknowledged by toxicology tests, which are expected in about two months. 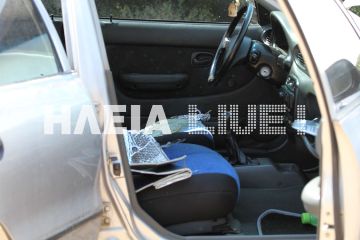 The mother and wife of the deceased is in shock. All this time she was waiting for a sign of life from her beloved people. She suffers an major tragedy because before several years her second child was killed in a car accident.