The Cretan businessman was found by viewers of "Tunnel" and met with his friend who took the initiative to look for him after four years on silence.
Share

A viewer who greatly helped i finding Mina Argiriou during the broadcast on Friday, November 11, spoke to Tunnel.

He met the former businessman two days after viewing the show in a stadium where the the national team played. “I said to him that at Nikolouli show were looking for a Cretan and he replied: They are looking for me.

Until then I only knew he came from Crete, but did not know he was a missing businessman because he did not speak about the adventures of his life. I urged him to take a picture with the cell phone to show his relatives who were looking for him he is in good health. The next day,said the viewer at Tunnel , I recognized at the street Minas closed friend from Crete, who had appeared on your show. I realized that he was searching for him and I approached him. I suggested to take him where Minas is staying . When we got there I hit the door and yelled you have visitors. He was asleep and when he opened the door was very surprised that he saw in front of him his friend. 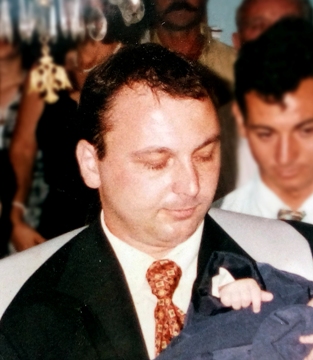 After that pleasant meeting, Panagiotis Giakoumetis, spoke to the broadcast reporter. Fortunately he is Ok. Your viewers helped a lot in this search. As shown, Minas has more friends in Athens than in Crete and I feel the need to apologize for being late four years to search for him, he said. I saw the great response of the world and I want to say a big thank you.

The show of Mrs. Nikolouli performs social work and offers a lot . I told Minas to come to Crete but he is not yet feel ready for this. All these years she urvived as a fighter. Whatever we imagined, is nothing compared to the reality he experienced.

Very moved the helpless mother of Minas Argiriou who is living in Heraklion, told Tunnel: I m so glad you found my child. I baptized him Minas to honor the saint of the city of Heraklion. I prayed on his name day for him to be found and I was heard. I am deeply obliged to Mrs. Nikolouli for her effort .