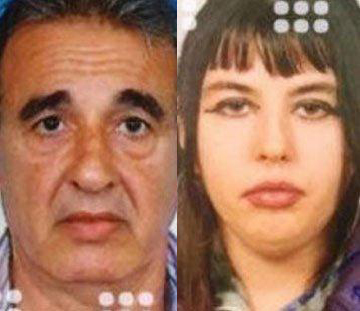 Tragic outcome for the the double disappearance of father and his daughter in Ilia, after twenty four days.
Share

Konstantinos Loizidis, 68 year old and his daughter Eleni, 44 years old from Ilion, were found dead by the owner of a pasture near Borsi village in Andravida.

The place where the dead were identified is located about 45 km. from the Douneika Amaliadas area where both of them were last seen. According to information, the father was found inside the gray Hyundai Accent and his daughter at a distance of 300 meters. 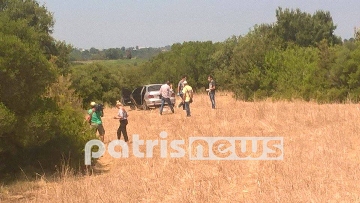 From the first investigations of the Police, serious questions arise about the circumstances of their death. The point where they were found is 18 km away from the nearest intersection of National Road Patras – Pyrgos. Investigations found no traces of any accident.

The driver seemed to have driven the vehicle at a dirt road and into the pasture! Answers about the cause of their death are expected by the autopsy which will be held in Patra.

Father and daughter were on a family vacation with his wife and mother in Douneika, Amaliada. They went missing on 16th of July after a pilgrimage to the church of Agia Marina which is 500 meters away from the house where they rented.