The dish with his food was found on the table dyed. His mobile phone was charging. Everything testifies that someone or something suddenly took him out of the house. Neighbors realized that something strange happened and signaled an alarm …

Since then, there have been eight months of daily agony for the relatives of Nikos Gamalides, 57, who lived alone in his privately owned apartment in the Panagia Faneromeni area in Thessaloniki. Giamalidis was lost under unspecified conditions on Sunday 9 or Monday 10 October 2016.

His brother and his bride in law were found in the studio with the hope to turn on a  light in the dark that swallowed him.

The cleaning lady  who took care of his apartment  went last time there on Tuesday, October 11, 2016, one or two days after Yamalidis disappeared as it turned out.
The house was locked and his cell phone was charging. The manager of the apartment building where the unfortunate man lived, realized his disappearance and spoke  to “Tunnel”.
On Friday, October 7, the missing person had met her at the entrance to the block of flats and told her an incident that had happened to him that morning. He went out for a walk as he liked the hiking and accidentally entered a camp site. They held him for hours and let him go after they found out that it was a mistake. 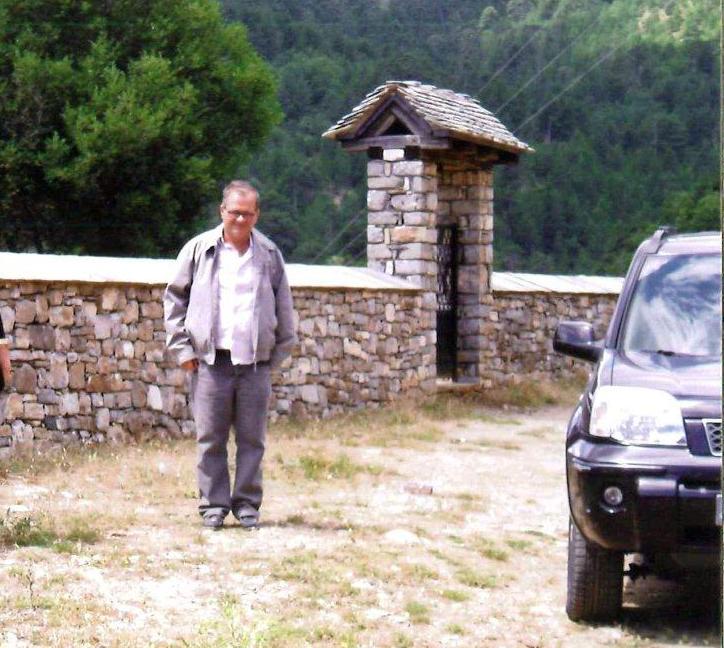 Immediately afterwards the manager left Thessaloniki. When she returned and did not meet him for days, she worried and informed his relatives.
Together with his nephew they opened his apartment, which smelled bad. After they searched, they found that the smell came from the kitchen. At the table the missing person had left his food that had been mourning intact.

“Something suddenly made him get out of his house…”
“It has been a long time. I believe that something sudden happened to him … “With these words the bride in law  of Nikos Giamalides tries to give an explanation for his strange loss.
“The long walks were his everyday life. He used to go  to Epanomi in the summer and in many other places. In Chortiatis, Lagada and elsewhere. He could  walk ten and twenty kilometers. I’m afraid  something wrong happened there … ” she said.
She spoke with the cleaning lady  who had gone to his apartment before his disappearance. As she told her when she went to clean up, Giamalides was absent. It was raining those days and he was not used to coming out with bad weather.
The cleaner only found a plate of potatoes and meat on the table. The food was not spoiled then, and to protect it, she covered with another dish. In the refrigerator found another portion of the same food that the missing person had cooked before he was lost.
Everything led to the conclusion that he suddenly came out of the house in order to return and continue his meal.
His bride in law  described him as a well-meaning man.