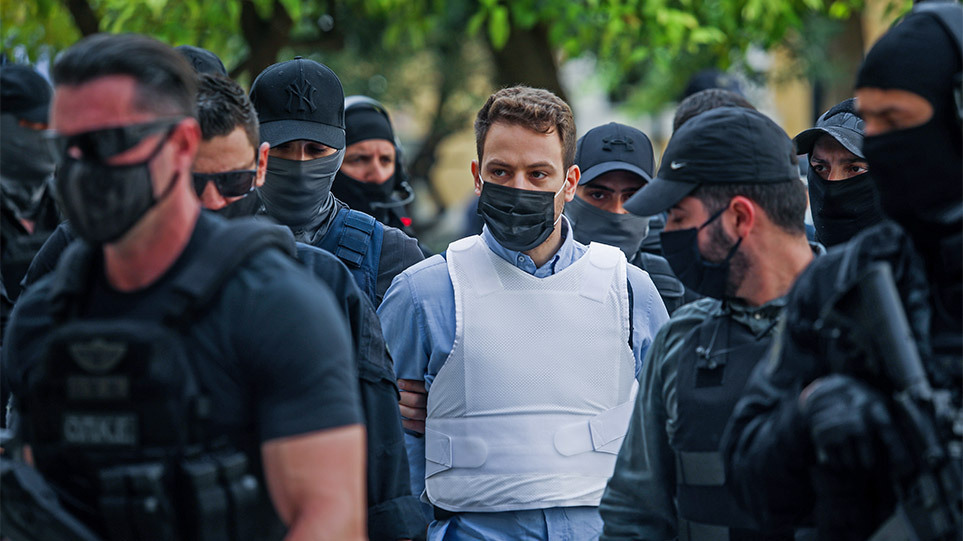 The referral of the murderer Babis Anagnostopoulos to the seat of the Mixed Jury Court of Athens for the murder of his wife, is suggested by the Prosecutor of the Court of First Instance to the council of criminal cases.
Share

The prosecutor, in his proposal, requests that the confessed murderer be tried on the following charges:

According to information, the prosecutor said that: “the calm mental state in which he performed the act is inferred from the manner and the conditions of its execution”.

“The five-minute duration of the suffocating drowning of the victim, the advance method of shutting down the security camera, the surprise of the unsuspecting victim, the directing of the robbery against him from the beginning and the premeditated attempt to deceive the prosecutors” were the elements of the crime that demonstrate according to the prosecutor the calm mental state in which the accused committed the crime.

In the reasoning of the prosecutor, reference is made to the behavior of the accused, which was aimed at disorienting and confusing the police authorities, but also at the particular characteristics of the acts he committed.

“The victim was only 20 years old, while he was thirteen years older and should have been her protector, he had no suspension for his act even though she was the mother of his child, while at the same time there was no reason for his act “, which he manifested when the victim was unsuspecting, as she was already asleep for two and a half hours”, he is said to report.

The prosecutor also makes special reference to the results of the forensic report. He explains that the drowning lasted five minutes, which is evident from Caroline’s pulse. Her death was tragic, while she experienced mental and physical stress during the crime. The accused did not hesitate to use his eleven-month-old child and exterminate his dog.

“The sobriety in the preliminary design of the act can be deduced from the fact that he took care to make the camera useless so that there is no visual evidence against him. He designed and presented a false scenario and in order to support the whole plan, he tied himself up and tied up the victim, while he made misleading phone calls calling 1000 and 180 to show that he failed because he was tied up,” the prosecutor was quoted as saying. that the accused showed hypocritical behavior when he appeared sad at the funeral and memorial service of his victim.

The sole custody of little Lydia to her mother Caroline Crouch is assigned by the Single Member Court of First Instance of Athens, thus regulating the way in which the little girl will continue her life.

The court, adopting the prosecutor’s proposal, removes parental responsibility from the 33-year-old pilot and regulates the communication issues of the grandparents on the part of the accused.