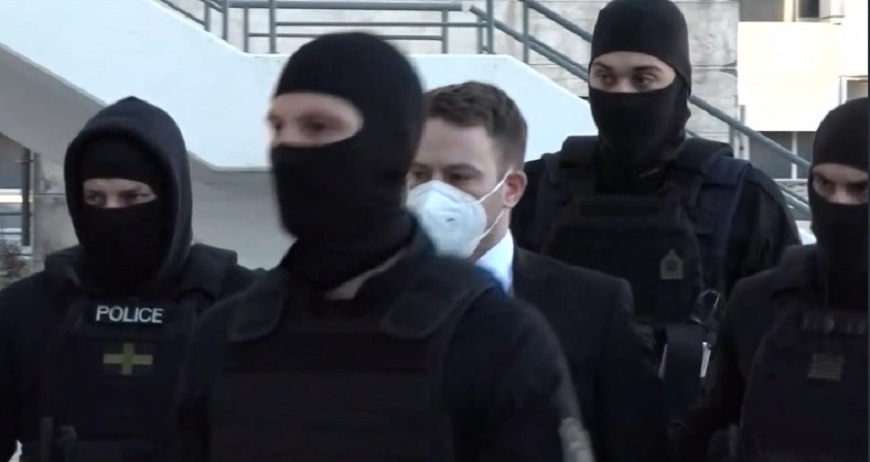 The long-awaited trial for the case that shocked the whole of Greece has started in the Mixed Jury Court. Accused of the murder of the unfortunate Caroline Craouts, her husband Babis Anagnostopoulos, who allegedly caused the suffocating death in front of their one-year-old child, in May 2021 in the maisonette that lived in Glyka Nera.
Share

The man who had been playing in the theater for forty-seven whole days, allegedly looking for his wife’s killers, found himself in the chair cold and expressionless. His statement shocked the audience:

“I never wanted to hurt my wife. I loved her and I love her. That has not changed and will never change since the day I met her. I did not anticipate the crime. ”
This was followed by the first testimonies from a long list of witnesses, who are called to the front of the headquarters to bring to life the events again, around the unprecedented for the criminal time murder, which stuck an entire country for months.

A friend of Caroline’s described the personality of the 33-year-old pilot, followed by the testimony of a police officer.

Caroline’s removal after her marriage and her choice to start a family was reported by a friend, who described in court that they had not had very close contact since. She even mentioned that she found out about her pregnancy the day before she gave birth.

“We had quite infrequent intercourse. We were rarely alone. Usually the accused was also in front. “I was impressed that they had direct access to each other’s social media and their location,” the witness said, adding that the unfortunate victim had expressed some complaints, to which she did not pay attention, as she attributed them to childbirth.

“As far as I knew her in Alonissos, she was incredibly social. When he came to Athens, he began to become very isolated. The relationship she had was only with me and her neighbor. She went to school twice. “She told me that she was interested in confectionery.”

Regarding the 20-year-old’s relationship with her daughter, she said:

“Caroline had a cult relationship with her child, she hugged her all the time.”

In her testimony, Caroline’s friend clarified that she may not have mentioned problems in her marriage, but she had made the impression that “she could never come somewhere alone, except in a friendly taxi”.

In his testimony, a police witness stated in court on the day of the arrest of the accused and his confession:
“We were almost certain that this was the killer.”

The trial in the Mixed Jury Court of Athens has ended and is expected to continue on April 14.