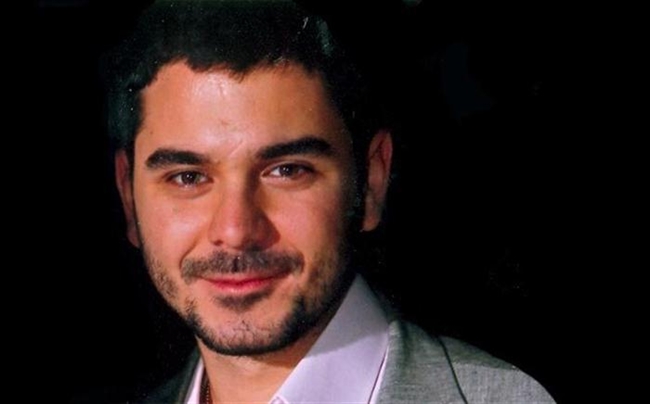 An uproar was caused in the morning of Friday, May 12, outside the building of the Court of Appeals, where the trial would be held in second instance for the murder of Marios. Relative of the family pulled out a gun and shot four times on the air.
Share

It all started after the postponement of the trial in the Mixed Court of Appeal. Marios’s cousin stood in front of the cameras and the reporters, pulled out a revolver and shot, saying “we can not find the corpse because we’ve got to deal with a bunch of jerks.”
At the sound of the shootings, Marios’s mother, Varvara Theodorakis, broke into tears, while friends and relatives who had gathered early outside the Court were panicked.
The actor, after hugging her mother for a moment, , ran to the stairs. The police officers who were there were immobilized him and proceeded to arrest him.

The trial was adjourned on March 19, 2018 at the request of Petros Michaleakos defense counsel.

Petros Michaleakos, a “friend”  of the family, was first sentenced to life imprisonment for intentional homicide and 23 years for gang formation, felony, snatcher and attempted extortion. His wife Voula Soitoulou was sentenced to 18 years in prison for joint kidnapping, a simple synergy in an attempted extortion, and a gang up for committing a felony.

More than four people have been convicted of Marios’s case, while two were acquitted.

Anastasios Bassantis, the six-year suspended sentence was imposed for immediate synergy in an attempted extortion. Aristides Kordentios was sentenced to four years in prison with suspension, for joining a gang to commit a felony. The brothers Gerasimos and Vassilis Tampakakis were sentenced to three and two years of imprisonment respectively, which are redeemable. The last three, according to the court decision, participated in the attempted kidnapping of the mother of Marios, Varvara Theodoraki.