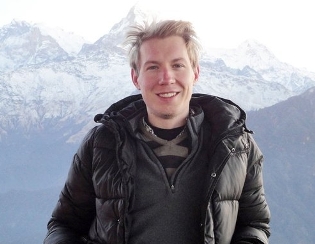 The young man traveled from England to Nepal in mid-February 2012 to attend the wedding of a friend son of former Prime Minister of Nepal, Kathmandu. After the marriage, he remained there to “explore” the country.

One day prior he contacted his mother, telling her that he will return to England on May 14th. The next day, he left the hotel where he was staying in the village Namke taking only his passport.

In July, the family received a call from the town of Pago Myanmar, which is headquarters of Buddhists, but does not know if it is related to the missing person.

His family fears for his life. His height is 1.85.

Friends of the missing have created a Facebook page in order to locate him.