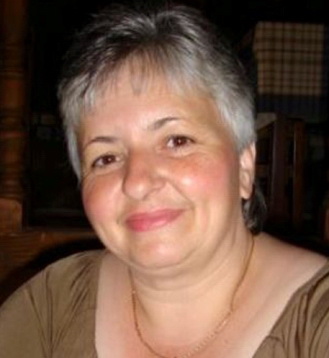 Shock caused the perpetrator s confession to the Police of Serres.
Share

The 62 year old fellow villager and friend of Elenis Bonia, described he led to death the unfortunate woman.

He choose this certain point on Mount Beles which reminds the land of Meteora, and pushed her alive into the ravine . He led her at the forest area of Vyronia ostensibly to chat , and then they had a fight because as he claimed they had personal differences and then he killed her.

The cliff was so deep and men of the team EMAK from Thessaloniki specially trained in rappelling went down. Tied with straps at very large depth were able to find her skull and two bones.

The findings were sent to the forensic laboratories of the Police based in Athens, to become identified through DNA. The point indicated to police himself offender after his confession. T

he difficult salvage operation began on Sunday at 8:30 am Sunday and thirty policemen from the area of Serres , firefighters, volunteers and men of the EMAK team aided by specially trained dogs were participate.

Tunnel s camera was at the point with relatives of Eleni Mponia 52 year old, from Neo Petritsi Serres. The woman had disappeared from her village square on May Sunday 26th.

The persistence of ” Tunnel”

The show from the first moment of its investigations identified the contradictions of her friend who spoke on the camera of “Tunnel ” and informed the authorities . He admitted on the show that he called her on the phone a few hours before she disappeared and showed as an alibi his family. He said that on that day did not come out at all from his house and did not know what happened to the mother of two children.

Testimonies arrived last Friday, helped to open the road for the investigation of the murder.

The ” Tunnel “ pointed effort disorientation of the offender . When he saw the photo of Eleni Mponia at the announcements at first presented by the show , he contacted anonymously by payphone with relatives , claiming that he is a friend of Eleni, that they are together in Germany and for this reason to stop looking for her. The show insisted , persuaded her relatives that something serious is happening and with their consent proceeded deeper investigation and brought to light the killing.

When police realized by their own investigation what something else was behind the disappearance took a DNA sample from her son, her father and took personal items from her home.

Details about the case here .