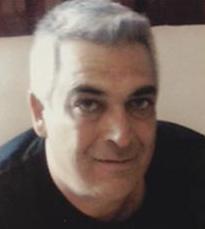 Happy ending had the adventure of Theodoros Panagiotoglou who was lost on March 28th from Petralona.
Share

The 48 year old man, who is facing serious health problems had been transferred to Dromokaitio Hospital by police who had found him wandering crummy.

Approximately two weeks later after the disclosure of the disappearance by OMNIBUS Alert, employees of the Hospital recognized him from his photo. Immediately alerted his relatives and Theodoros is back in the safety of his family.