He is a 54-year-old Syrian refugee from Syria, Hasan Abdullatif, who lived in the Lavrio refugee camp.
Share

Thanks to the activation of the Social Alarm, the corpse of a man who was in the refrigerators of a hospital in Athens for a whole month was acquired.

Refugee Hassan Abdullatif was taken to the emergency room on the same day that his traces disappeared on Monday, June 1. He died shortly afterwards and his body has been not declared since then until Thursday, July 2nd, when he was identified, shortly after the Silver Alert was activated.

According to the medical examiner, his death was due to pathological causes. 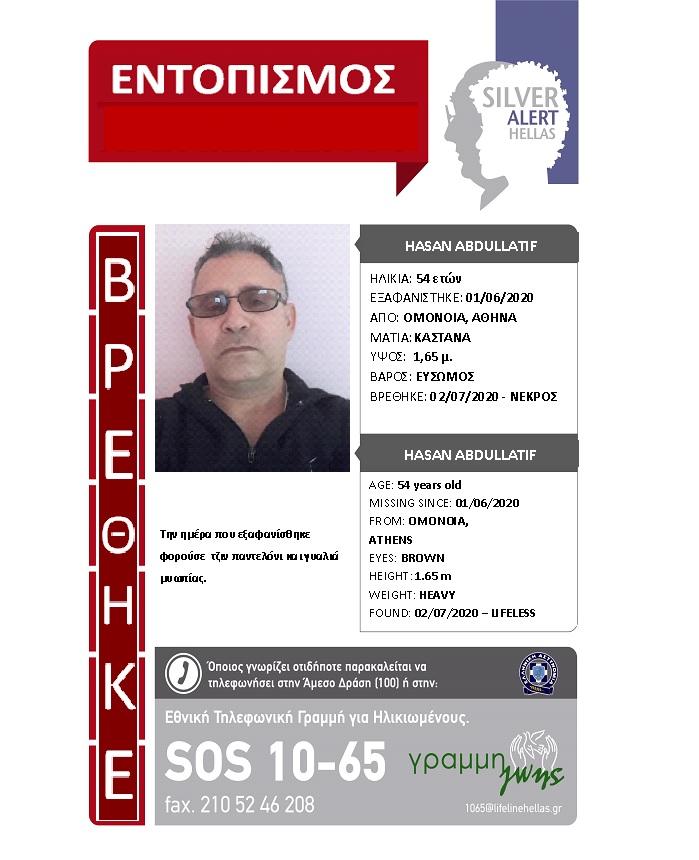