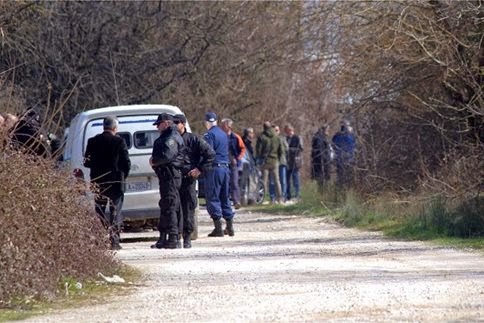 Death of Vangelis came from hemorrhagic shock according to preliminary evidence obtained from the findings of the coroner Mr. Theodoros Vouyiouklakis.
Share

The wound that was found on his right wrist was antemortem and caused by the knife which was found fallen in the left. It was a sharp folding knife with wooden handle and wide 10 cm strip. The other wounds that were found on his body according to the coroner, caused by postmortem animal attacks.

Death is determined on the same day of the disappearance on Friday, February 6th. From autopsy showed that he died shortly after his meal in the dining room of the school, since leftovers were still in his stomach and the process of digestion had not began. According to the first image of the coroner and the police, death due to suicide. When the results of the toxicological test come out they will have the full picture and will make announcements.

It seems that the knife Vangelis used, he had it in his pocket after leaving the Dairy School School. The owner of the kiosk opposite the school, probably was confused and it was not Vangelis the student who bought the entire bus ticket because it was not found in his pockets. The only thing police they found on him, was the key ring with his keys.

There was a testimony arrived at the “Tunnel” by a viewer who at noon of that day, she saw a child with the characteristics of Vangelis near the place he was found. According to the assessment of the police the 20 year old reached the spot, after he passed through small lakes which were created after heavy rainfall. The strong element of water and humidity was the reason why the corpse of the unfortunate young man was not detected earlier by the special trained dogs which were used in the research.