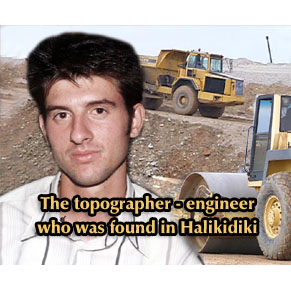 Serafim who was working for ‘Ilektor’ company, went missing on New Year’s Eve of 2009 with his car, a silver Peugeot 106. After the show, viewer who was driving her car to the highway Thessaloniki- Kavala, filmed with the camera of her cell phone a car which belonged to the missing man. Information by other viewers was about a person who resembled to Serafim Nasis and was wandering in Thessaloniki in a state of shock. Finally, the volunteer help of the viewers had positive results. Serafim Nasis was found exhausted in Halkidiki.