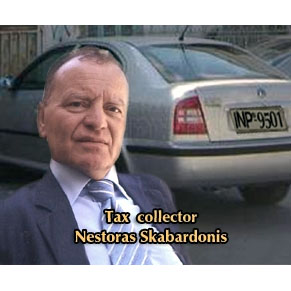 The answer to the mysterious disappearance of 52 year-old tax collector Nestoras Skabardonis, who went missing on Wednesday, December 15th of 2010, was given in Italy.
Share

Four months after his disappearance at the area of Preveza, his body was found at the port of Bari. He was recognized by his ID card and by official documents that were found in good condition, inside his pockets. The long stay of his body at sea makes the task of dissection more difficult. The first test showed no signs of criminal action and so mystery thickens. The tax collector served for years at SDOE of Ioannina and later he was transferred to DOY of Philippiada. All this time, the police of Preveza had focused its research at his personal acquaintances. His car was left at the parking of the supermarket ‘Sfritzeris’ in the region of Kanali of Preveza. A witness said to ‘Tunnel’ that the driver that came out of the car was not the unfortunate tax collector. Nestor Skampardonis was divorced and father of two boys.