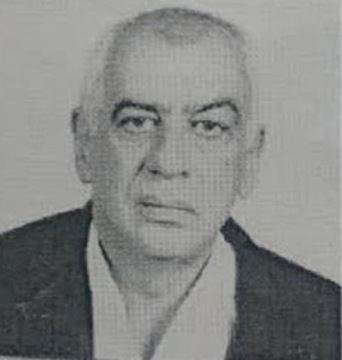 In Greek authorities will testify for the heinous crime the former wife for the "frozen" victim of Kallithea.
Share

The international arrest warrant issued against Anelia Alesantrova 49 year old, has solved the hands of Bulgarian authorities who are expected to issue her in our country after resolved the last procedural matters. The tangled skein of the murder of the seaman Vasilis Kokkinis 63 year old that froze the Panhellenic began to unfold with the confession of the accomplice of the woman – spider. The 26 year old Bulgarian accomplice who is led in Greek prisons, initially confessed in detail the scene of horror that was set up by order of the former husband of the victim and mother of their minor child. After her apology to the investigator withdrew what she had said.

The police officers arrived on her trail of a print found at the apartment in Evaggelistrias Street in Kallithea. There was in the freezer for a whole year, the corpse of the unfortunate man. In this heinous crime seems to have taken part total five foreigners who worked under the guidance of the diabolical woman.

The unsuspected 63 year old man was beaten on the head, his hands and feet tied and his head covered with a cloth, causing suffocation. In the course a Bulgarian member of the group, bought the freezer which became his grave. The murder was committed within walking distance of the minor child of the victim.

How the trap of death erected

In late 2014, the woman – spider asked the 26 year old compatriot, who worked in infamous bar, to bring her into contact with criminals practitioners to put into practice her satanic plan. To convince her, she told her that she wanted to beat the retired navy because he sexually abused their son. Soon the young Bulgarian made contact with an 29 year old Romanian who along with others will to help to murder her former husband. She agreed to give them for their services, 15,000 euro.

On the day of the New Year 2015, the alleged mastermind of the evil plan, called her friend and the Romanian and told them to go to the apartment. When they got there, Alesantrova invited Kokkinis to visit her pretended that their child was sick. Once the unsuspecting victim entered the apartment, the accomplices of Alesantrova began to beat him on the head.

Shockingly are those which described by the young Bulgarian to the police: They had told me to keep the child on the balcony not to see what would become. I do not know to tell you who hit him, I was not inside. Sometime Alesantrova told me to go with her into the room and showed me a man who had tied his hands and feet with something like tape and on the head had cloth. This man seemed to breathe and she kicked him and told him: the same pills that you give to my child, iwill give to you now that you fell into my hands. After a few days the former navy wife met again with the young Bulgarian. She said that kokkinis had died and he wanted to buy a freezer. This time the young brought her into contact with a 39-year old Bulgarian who is currently in Nigrita prison for theft. He was the man who for 3000 euros, helped to put the dead body of her former husband in the freezer.

Then the hellcat cleaned the apartment, took her child and left undisturbed for her country, with forgery assets of the victim.

On January 2, 2015, fraternal friend of Vassilis Kokkinis had invited him prior to the festive table, alarmed by his absence, went to Kallithea police station to declare his disappearance. He stressed that his latter position, he was the house of Alesantrova and had to investigate because the couple had differences.

The police even though they were aware of their frequent quarrels of the couple, told him that extinction declaration can only be made by a related person. Till his disappearance declared by the victims brother on January 15, the brain of this brutally murder had flown away.

The corpse of the unfortunate man accidentally discovered a year later by a bailiff, who went to the house to serve eviction to Alesantrova because she did not pay rent. The tragedy is that no one had realized the fleeing. Neither the owner of the apartment, who pay the electric bills. So the freezer with the corpse of the man who was in the apartment, was functioning !

According to reports, it is a matter of time for the arrest of 29 year old Romanian assassin, who is moving between Romania and Malta.