In a brilliant event, the Foundation for the Promotion of Journalism "Athanasios B. Botsis" awarded with High Distinction Angeliki Nikolouli.
Share

She was honored for thirty years in journalism, her great social contribution through the show “Light at the Tunnel” and the fact that she is the first woman police reporter. 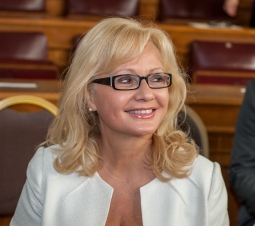 A special moment for the Foundation “Botsi” was the Great honors awarded to the President of the Greek Republic Mr. Karolos Papoulias for his contribution to political life and honourary career in High State Office. 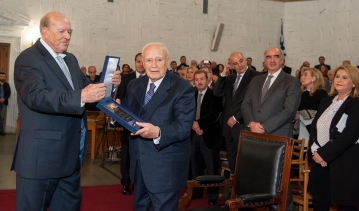 The 31st annual Foundation awards ceremony was held on Wednesday, December 3rd at the hall of the Old Parliament Building, with the presence of prominent representatives of political, business and journalistic world of the country.

Angeliki Nikolouli received an enthusiastic welcome and obviously moved she received the award from the Minister of Defence Mr. Nikos Dendias and was congratulated by the President of the Greek Republic. 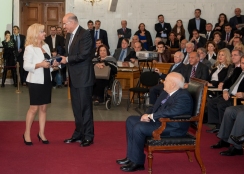 In questions of her colleagues Angeliki replied that it was a special and moving day as she was chosen by people who are serving journalism with morals and dignity. She thanked them for the honor . 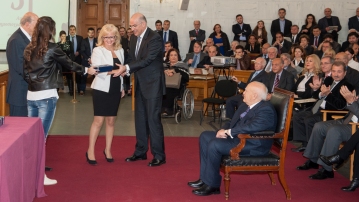 The opening ceremony was addressed by President of the Foundation Board Mr. Panos Karagiannis. Then greetings sent by the President of ESIEA Mrs. Maria Antoniades, President of POESY Mr. Dimitris Koubias and the Minister of Press Mrs. Sophia Vooltepsis.

All mentioned the crisis and unemployment plaguing the industry today, however noting that the optimistic message comes from journalists who are maintain high ideals of journalistic. 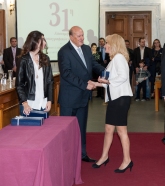 The day was special for the Foundation “Botsi” for another reason. The awards and honors coincided with the 100th anniversary of the founding of ESIEA. 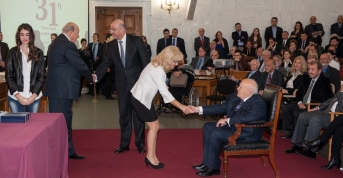 Each year the Foundation “Botsi ‘rewards journalists who can demonstrate considerable success in their work or have been distinguished for the consistent career paths and promotion. Alongside they are honored for their respect in journalistic ethics as defined moreover, of the founding act Nassos Botsis.