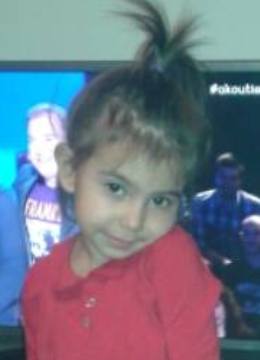 Goosebumps cause the details of the terrible crime revealed one after the other, with victim an innocent child...
Share

The father-monster confessed that shredded his child probably on Good Friday, he boiled from the waist up to alter the features and threw other pieces in the toilet and other at the garbage. He claimed that he found the four year old Anni bruised, assumed she was dead and his sick mind turned him to a cannibal.

Blood found in the bathroom of his apartment belonged to the unfortunate child, as established by the investigation of the Police Forensic Laboratory. Expected new arrests, of the mother and one of their friend.

Official information about this heinous crime against the four-year Anni Borissova, expected by Police on Tuesday, May 5, at 12 noon.

The revelations of “Tunnel”

An important role in exposing this horrible story played a friend who was hosted by the father to his house. His presence in the basement apartment of Michael Voda street at the time the child was lost, revealed “Tunnel”. In the show on Friday, May 2nd mother of unfortunate little girl said to Angeliki Nikolouli that a Bulgarian-born friend was at the house with her partner.

The journalist sought him and came in contact with the child’s father. The 27 year old Savas said he could not find him because he had left for Bulgaria. The answers he gave to Angeliki Nikolouli during the live broadcast for the night the child was lost, was contradictory.