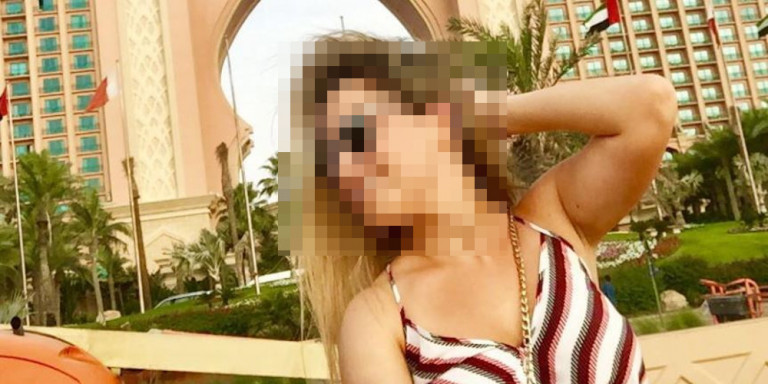 The "Tunnel" on the night of Friday, May 22, searched for the woman who attacked the young accountant in Kallithea with vitriol.
Share

The information came one after the other from viewers who did their own research on social media. A viewer of the show found a profile of a woman who was insulting 34-year-old Ioanna. Recorded the data before the account was deactivated. In the profile picture there was an expensive bag of a well-known company. The victim seemed to be holding the same bag in a photo on her own profile.

A witness who contacted “Tunnel” late at night claimed that he saw the black-clad woman who attacked the accountant with vitriol, walking away from the spot. According to his testimony, the woman took off her black jacket and he noticed the clothes she was wearing.

Ioanna, originally from Loutro Amfilochia, lived in Moschato and worked for an insurance company on Theseos Street in Kallithea.

On the morning of Wednesday, May 20, the beautiful Ioanna parked her small red car and headed to her workplace. While calling the elevator, she was attacked.

The black-clad woman, who covered her face with a surgical mask, was waiting for her on the steps connecting the ground floor with the basement of the building. She jumped in front of her, threw acid in her face and fled.

The girl, in a state of shock and screaming in pain, went out on the street and entered a neighboring pharmacy, where she was given first aid. Two of her colleagues then rushed her to a hospital.

No closed circuit camera, so far, has recorded the perpetrator.

Everything shows that the woman knew well the place and the habits of her victim.

The motives are still unknown, but the methodology betrays personal differences and hatred.