The book you were waiting for, will be released in November.

It is based on a true and much-praised story with twists and turns and an unpredictable end.

“I will become your shadow” – for the lovers of mystery ….

A mysterious disappearance. A persistent reporter. A riveting story.

Having already gained fanatical readers from her first novel, the popular journalist and author Angeliki Nikolouli returns in November with her new, long-awaited book I will become your shadow.
His dark case – based on a true story – shocks, bringing to the surface fatal passions, seven-sealed secrets, family and social traumas.

From the back cover of the book:

Athens, Carnival days. Katerina Aslani – a girl with big dreams and passion for life – mysteriously disappears. Questions about her own torturous. Did he give up everything and go to another country? Did she see something terrible, is she being threatened and is she hiding? Did he fall victim to a murderous act? For the reporter who undertakes the investigation, a high-risk journey begins, from Plaka and Kolonaki to Paris and from Paros to Ioannina and Thessaloniki. The search starts from the youth hangouts, goes through artists’ studios and ends in the salons of high society. Three people involved make the investigation difficult. Case cloudy, in uncharted waters. Seven secrets and erased traces. Fatal passions, trivial mistakes,
family and social traumas are gradually coming to the surface.

A dangerous confrontation with the shadows. A fierce battle in the dark until the light appears. An unpredictable end …

From the author of the bestsellers I dreamed of your killer, Death with red lips and Love of a murderer.

I WILL BE YOUR SHADOW
COMING SOON IN BOOKSTORE 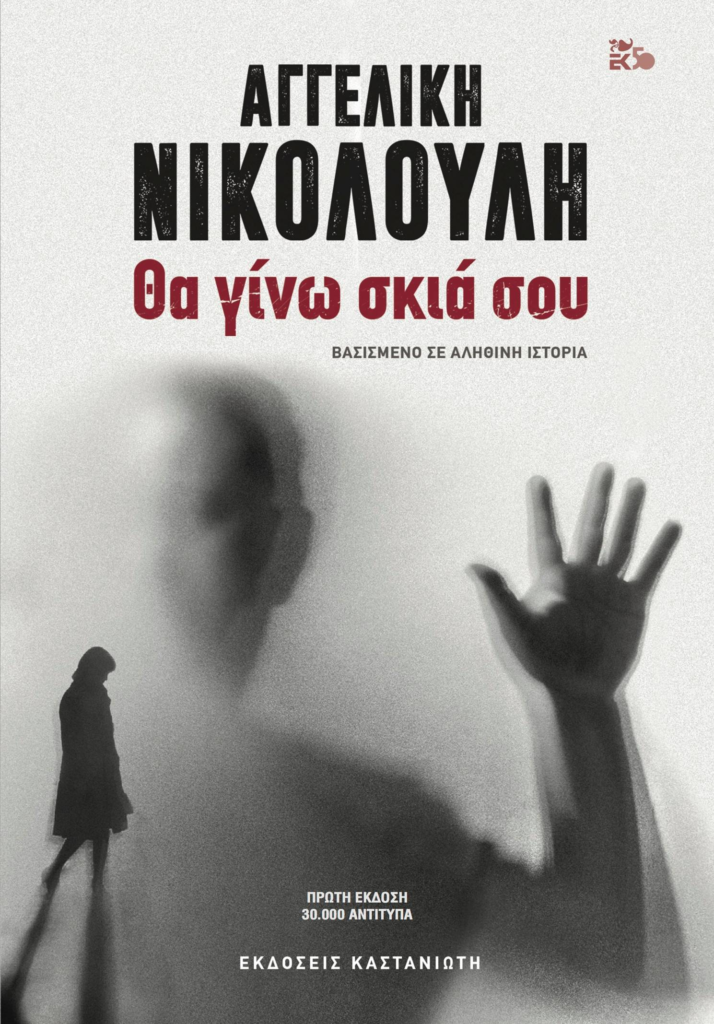