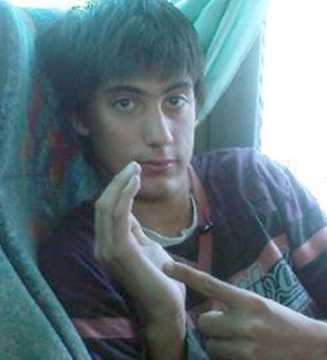 After twenty months of constant and methodical research in Santorini case with victim Takis Vazakopoulos, Angeliki Nikolouli presented documents that have not seen the light of day. Unknown talks with his "friend" and alleged perpetrator, shocked.
Share

The reason for the disclosure, was the prosecution brought against him by the Prosecutor of Naxos for manslaughter with intentunder calm mental state. The arrest warrant issued by the investigating judge of the island and the rapid changes brought again to the fore the case of the murder of the unfortunate young man.

“Tunnel” recorded frame by frame his transferring from Santorini to Naxos. With bowed head, expressionless, he passed the door of the Judges without answering any of their questions . He took time to apologize on Monday 18 April. 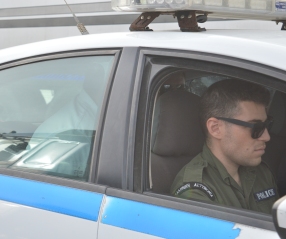 The family of Takis Vazakopoulos appealed to Alexis Kougias law firm, who agreed to take over the case.

In a telephone intervention in “Tunnel” he said that at this stage, he will contact the investigating judge and the Attorney of Naxos. He will declare civil action and then he could talk, after studying the file.

October 2014: What the “friend” said to “Tunnel” after the death of Takis…

A few months after the strange disappearance of Takis Vazakopoulou in Santorini, “Tunnel” was found on the island, starting a deep research. In early October 2014, the broadcast reporter spoke with the suspect at the time friend of the unfortunate musician.

The Bulgarian guy appeared calm and comfortable. He claimed that he was prepared to assist the broadcast research, but tried to turn them in different directions. Initially he claimed that Takis was in France because he had fallen in love with a girl he had met during summer where he was working.

Despite the fact that all the witnesses were saying that for the last time they had seen Takis him onto his bike, he refused it. “The motorbike belongs to me and no one else drives it. It is always outside my workplace, and only me has the keys “he said. He tried to direct the research to the version of suicide. He was saying that: “He definitely has done something bad to himself.” 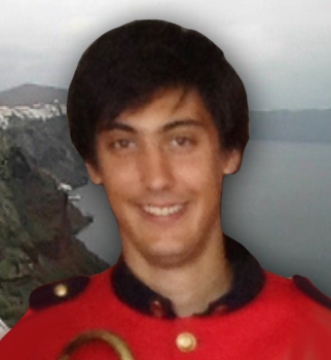 He was accusing to “Tunnel” the family of the unfortunate child …

With incredible audacity, the suspect at the time friend, tried in every way to throw the responsibility for the disappearance of the unfortunate young man to his family. He did not express a word of compassion, as any true friend would and he did not hesitate to accuse the family even in front Takis aunt, who gave daily struggle to learn something about his fate.

As he told to “Tunnel” the relatives of the unfortunate young man knew what had happened to him… When the reporter asked him why he was saying all these where from he knew the details about what was happening inside Takis house he replied: “No. I do not know. Takis and I never talked about our families and I only met his mother recently. “ 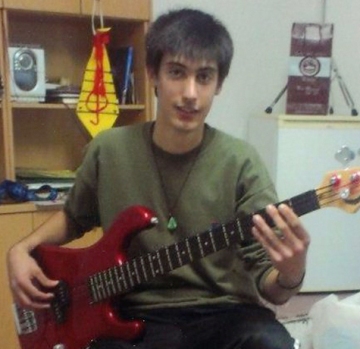 The Bulgarian friend of Takis Vazakopoulos shortly after the disappearance, claimed that he saw him for the last time two days before he disappeared! This was in stark contrast to the evidence that was brought to light by Tunnel. According to them, the last time they saw the unlucky musician on August 7, 2014. He was on the motorcycle driven by his “friend” and left together.

In persistent journalist’s questions, he was claiming that he never gave his bike to another person. When he asked him about the clothes worn by Takis that afternoon, he reacted saying: ” How should I know what is in the mind of every asshole who wants to disappear!”

After methodical and deep research of ‘Tunnel’ and important evidence that were brought to light, the Bulgarian “friend” of Takis seemed cooperative “to help.”

A month after he confessed his act, which in the course withdrawn. 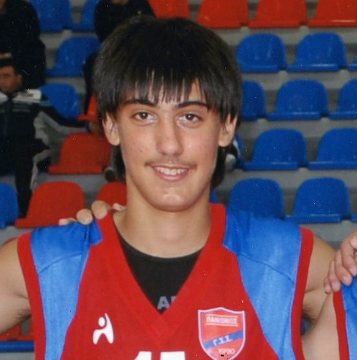 Mother: Let the God and Justice judge him…

“Tunnel” recorded the first actions of the mother and aunt of Takis, immediately after the announcement about the arrest of the “friend.” Santorini Police informed the aunt of the unfortunate musician about the developments, on Thursday morning 14 April.

The tragic mother Maria Damaskinou, all she requests into her grief, is to find her child. “I Hope he will behave like a man and say where is my Takis. He did not deserve this end, ” were her first words. “I wish to find my child… Then let the God and Justice judge him… “. 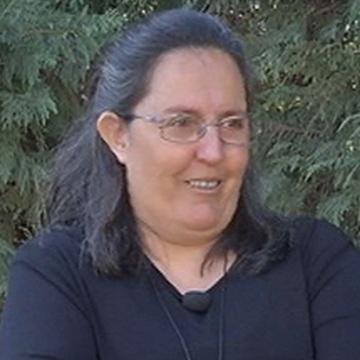 Gratitude for all who helped to put an end to the suffering of the family was hid in the words of the victim’s aunt: “I believe in Justice and I thank all who have helped us. Particularly the police and Mrs. Nikolouli, for what they have done for my family. “

The period of investigation

Initially the police officers in Santorini that had taken over the case, were considering suicide or voluntary disappearance. They believed he was covered by his father, who lived in another island and had divorced many years ago with his mother. Tunnel had found his father, who assured that he had not seen Takis since he w as a child, something that also crossed along by police.

Two months later, at the end of October 2014, another police research, combined the evidence which were given from the show, and was investigating the version of murder. But already valuable time was lost as substantial material from security cameras (like from the port area). So they had few resources at their fingertips to investigate for the case.

A month later c the alleged offender confessed. The alleged offender, at his original confession, had referred to two friends who allegedly helped him wipe out the corpse of the unfortunate Takis Vazakopoulos. They had testified at Santorini police as defendants for complicity in the murder of Takis.