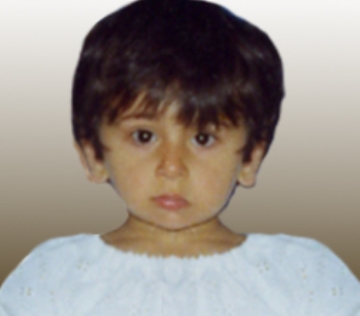 With one important proposal "Tunnel" lit the light of hope for the children of Greece who disappeared mysteriously. Annoula Triantaffilidis, Nektarios Kordos and Giorgakis Paraskevopoulos...
Share

After Ben and the presence of British Inspectors in “Tunnel”, Angeliki Nikolouli took the initiative to bring together the relevant forces like “Smile of child” and experienced Retired Officers of the Greek Police. Aim to reopen the files of unsolved cases, such as happened with Ben.

The president of “Smile of the Child ” Mr. Kostas Giannopoulos, said that similar initiatives have yielded with great results in other countries. Groups consisting of retired police officers, social organizations, volunteers and experienced specialists, can solve cases that are forgotten for years under the supervision of the authorities.

As soon as this proposal was announced, the of the viewers was immediate and the have shown their interest and their willingness to support with all their strength this initiative.


Tunnel brought in light the thriller of the three lost children whose cases shocked  the public opinion.

Each year on the International Day for Missing Children on May 25, the wounds of some families in Greece bleed again. Chrisoula Paraskevopoulou wathced with great interest the Needham family effort and the British officers who requested the help of “Tunnel” to gather new information for Ben.

For decades she is facing the same agony and every day hopes to learn something about the fate of her own child, Giorgakis who he got lost when he was 10 year old. 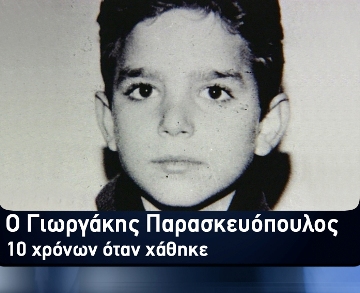 “Greece in such matters is behind the developments ,” said at the “Tunnel”. “I do not know if our police have such a possibility to start a new search for Giorgakis. If there were an experienced group of officers in Greece to deal only with the disappearance of children, maybe there were not so many years passed without a response. I begged ministers and experienced officers to help me, but no one undertook a new research. If the experts arent investigating, how an inexperienced could succeed? ” she wonders bitterly.

“I hope they find Ben, as I believe it will come a time when I will found out what happened to my own child. I suggest not to be discouraged, we should not stop looking … “ 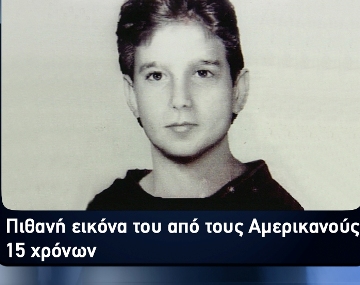 The whereabouts of the 10 year old boy got lost in the June 24, 1992 in the village of Dimitra in the mountainous Gortynia. The family who lives in Crete, had sent him on vacation at his grandfather’s village. There will be looked after by aunt, the sister of his father. On that fateful day the grandfather had fever and aunt told little Giorgakis to accompany him in the mountain where was his sheepfold, to give him his medicine. His grandfather left him at a fount of the mountain to fill two bottles and went to his sheeps. When he turned he did not find him and assumed that the little boy returned to the village. He did not tell anyone about it neither talked about the incident to his relative who visited him the same day.

As mother of Giorgakis told Angeliki Nikolouli, extremely valuable time got lost, because the disappearance of the child became known the next night when the grandfather returned to his village alone.

Despite the investigations in which participated team of researchers from Switzerland, the child was not found. A few days later someone found his bottles of water in a rough part of the mountain. The mouths of the village remained hermetically closed. The archbishop of the area threatened with excommunication those who knew something and did not speak. Forty days passed and a resident of the nearby village claimed that he had seen a little boy with a great resemblance to Giorgakis. As he said, he was driving his truck at the provincial road and he saw the boy coming down from the. Then he did not realize that he needed help and he continued without paying attention.

Years later, a shepherd found at the mountain an athletic shoe that matches the number that the boy wore when he got lost.Since then twenty three years passed and no information came to light about the fate of little Giorgakis.

Nektarios disappeared at the area of Pylos…

Although 26 years have passed since literally the earth opened and swallowed her brother, the memories are still fresh. Antonia Kordou spoke to “Tunnel” for the day that marked her family forever.

It was August 14, 1989, harvest season. The family Kordou father, mother and two older girls, they worked from dawn at their farm in Kato Ampelokipous Messinia. The youngest son of the family 7 year old Nektarios, was sitting aside and played with his toys. Around 11am decided to leave. He was disappeared. None of the family, workers and other villagers, saw something. Precious time was lost until the police mobilized. Despite the investigations they did not find any trace of Nektarios. His father died grieving six months later. His mother even now struggling to manage this loss. 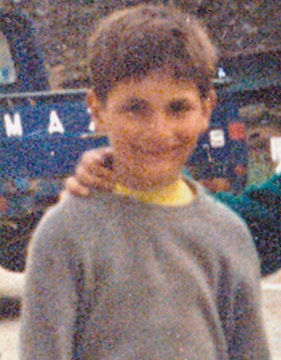 “It’s like been chasing by a ghost.” said his sister. “The last image I have of Nektarios is the image of a sweet and smiling child. Authorities need to be more aware and have more intense activity. Each child disappearance case old or new should be investigating continuously. Do not forget. There no way someone to disappear like this. It is certain that some people know and need to talk. “ 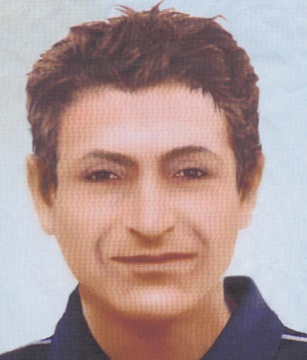 Photo of Nektarios after experts processing.

On August 19, 1981 on the beach in Agia at Skoutari of Mani area, vacationers were enjoying their holidays. Among them a girl just two year old was playing carefree with her buckets beside the sea. Nobody imagined the horror that followed and strongly upsets the public until today. 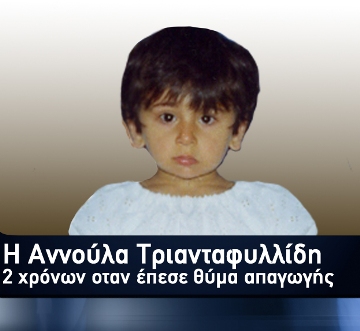 The family Triantafyllidi for 34 years waiting for an answer about the fate of Annoula. Their little daughter and sister disappeared that fateful day. According to testimonies bathers saw the little one walking barefoot from the beach at one point where were caravans. A woman had claimed at “Tunnel” that she had seen the girl and when she asked her where she was going she replied ” to my mother.” Someone noticed traces of car wheels and child footprints near a fountain which was at a short distance from the beach. Everyone believed that little Annoula was abducted.

The mayor rang the bells of the church to motivate people to look for her. Relatives desperate praying for a miracle. And in this case valuable time had lost. Subsequent investigations on land and sea did not bring any results. Mother of Annoula and her siblings still hope they will find her.

A few days after the disappearance of little Annoula the family received an anonymous letter from Dusseldorf, Germany. In the letter one woman Greek origin claimed that a tall woman about 50 year old had abducted Annoula and lived in the same city. Shortly thereafter, the family received a second letter asking what are the developments surrounding the case. Then in the surveys dance except the Greek authorities entered Interpol, but with no results. Angeliki Nikolouli traveled to Germany to investigate the case. She was searching literally door to door and managed to locate the particular woman that authorities had not found. She claimed to the journalist that she was not related to the case. 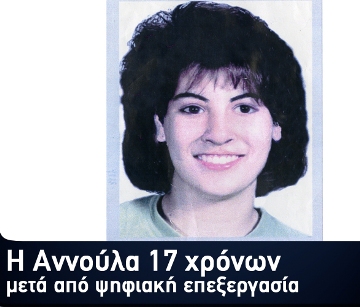 The research of “Tunnel” did not stop there. All these years continued to gather information about the case. A picture had come on the show which was showing a little girl from a Greek kindergarten in Germany who looked like Annoula. The riddle was solved in 2013 when “Tunnel” presented the case again. At first contacted the show the godmother of the girl of the photograph and said that she had nothing to do with the missing child. 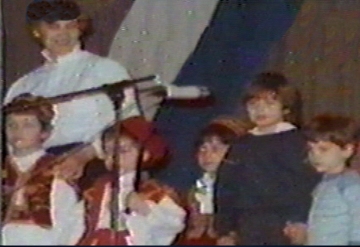 In the same show another girl who was seeking for her roots, wished to have a DNA test . The answer was negative. Recently another young woman from Kozani contacted family Triantafyllidi who hosted her until she completed the genetic identification tests. And in this case the result was negative. 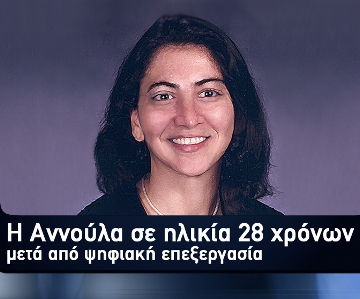 The mystery of little Ben

The Thriller of the English boy who was lost in Greece has been a keen interest in the media all over the world. Ben Needham was 1.5 year old when he mysteriously disappeared from the island of Kos on July 24, 1991. His family was on the island combining work and holidays. They were staying in a caravan in the rural Herakles area in Kos. 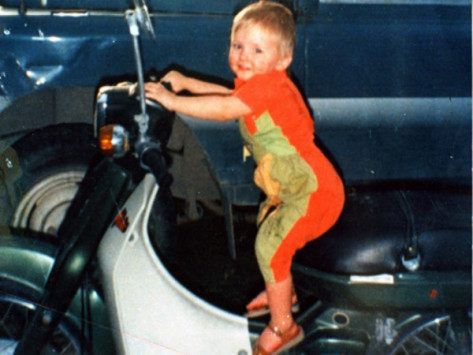 His grandfather and grandmother were even thinking of staying permanently on the island. At one point his uncle left with his motorbike and the little boy followed him. Everyone believed that his uncle took him and did not search for him, so the  disappearance was perceived several hours later. The mobilization was great but the child was not found.

Later, many scenarios were heard even for members of the child’s family, but most strong the version of kidnapping, but they could not be proven. Aggeliki Nikolouli claimed from the very first moment that the answer to the Ben Thriller is hiding somewhere on the island. The mother, grandmother and grandfather did not stop looking for the unlucky boy and sensitized public opinion. Scotland Yard, after editing photographic material from the family, delivered a picture of Ben at the age of 21. The photographic documentary brought English journalists from the ITV News channel to Tunnel  . They came to Greece for a new survey, on the occasion of the twentieth year of the mysterious disappearance of the little boy.

Needham  family, using all the information about little Ben all these years, often traveled to Greece to check it out.

The first organized research for Ben on the island of Kos was made in October 2012, with a grant from the British Government. 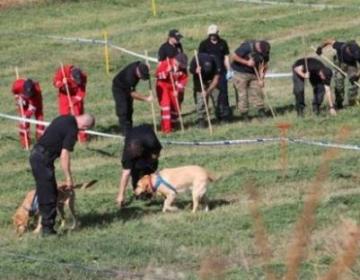 In 2015,  at the South Yorkshire Police,  a new group of researchers was set up to return to the island for new excavations. The British officers of “Operation Ben”, as it was named, were funded with more than one million pounds to investigate old and new evidence. In September 2016 they again called for Tunnel assistance as the most reliable research show and senior officers did not hesitate  to appear in the studio to appeal to witnesses. They examined 3,000 testimonies, blocked 60 people, indicating that they might have been Ben Needham and they traveled to Australia to find an answer. 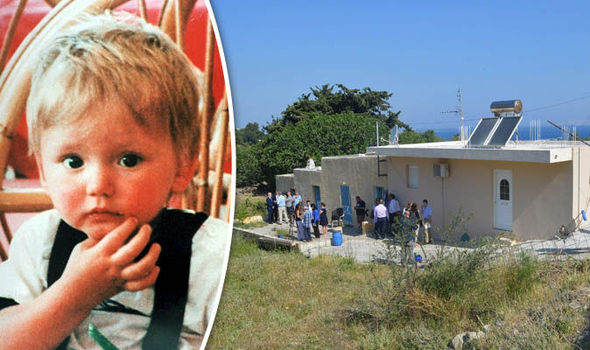 The same year they returned to Kos after a testimony that wanted the little boy to be the victim of an accident.

The team consisted of nineteen people, led by John Cousins, who was assisted by an anthropologist and two archaeologists. In collaboration with the Greek Authorities, they delineated the research sites in the Hercules area, where the young boy was last seen in July 1991.

The researchers found human blood in a car and a children’s sandal, believed to belong to the little boy and found during the excavations in the Hercules area, where he disappeared. 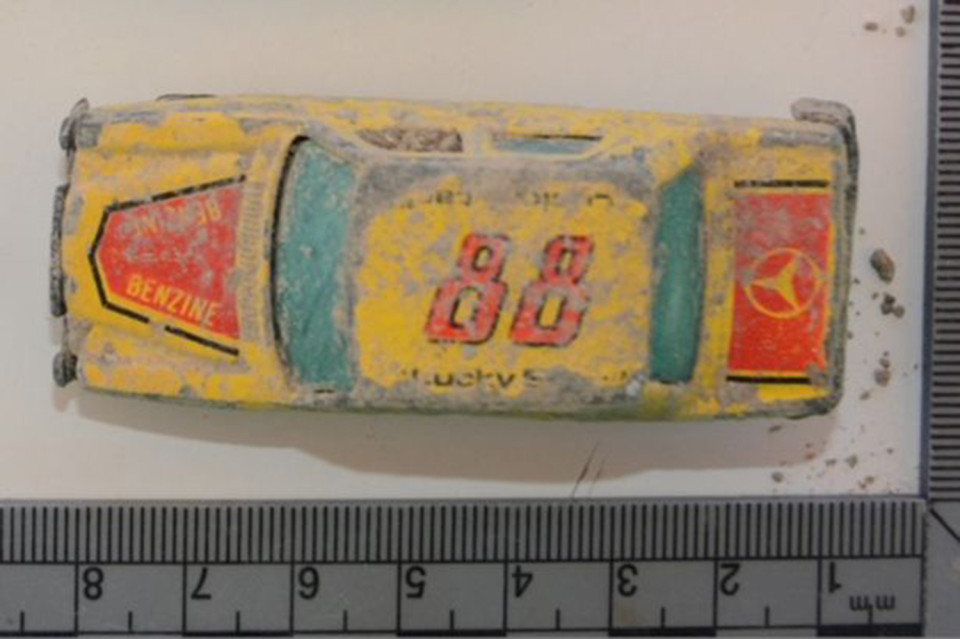 The results of DNA testing are expected to give the definitive response to the little boy’s thriller.

See more about the case that shocked public opinion in the “Ben file” here.