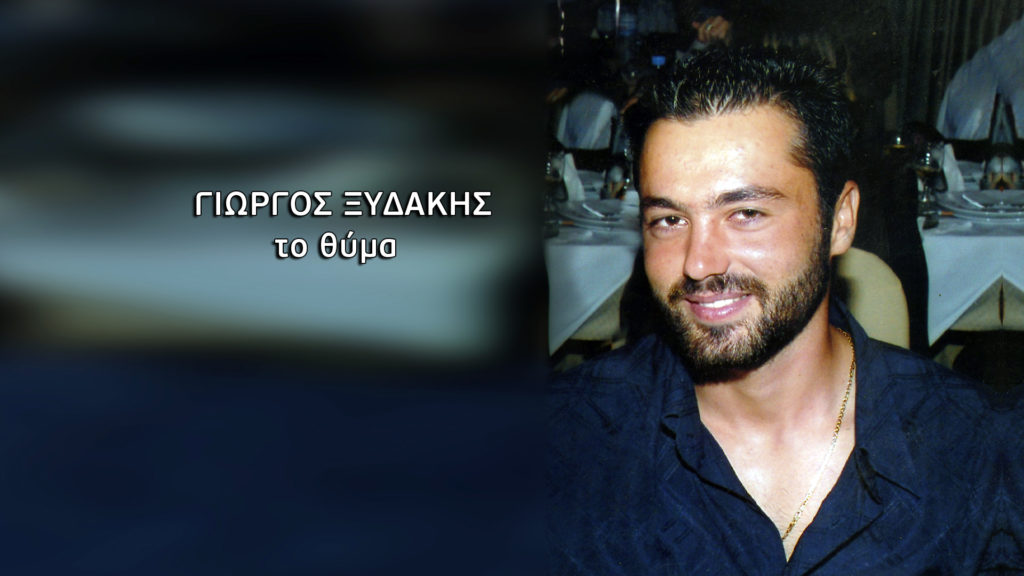 In the final stretch for justice after years, is the case of the driving instructor in Heraklion, Crete.
Share

The plot that the “friends” set up for 37-year-old Giorgos Xydakis is revealed. The unfortunate young man lost his life in a strange “traffic” accident on August 15, 2018 on Senetaki Avenue, which is connected to the New Chania – Sitia National Road.

The motorcycle he was riding was found next to him in a ditch on the side of the road. At first everyone talked about an accident and the local Traffic Police ignored the important findings at the scene and did not investigate the case in depth.

His family’s fight for the truth and the exemplary punishment of the guilty, had a result. In a representation that took place on the spot, the truth was revealed.

Shocked by the set scene…

The shocking fact that was revealed is that the members of his group, in order to avoid involvement, left him helpless on the side of the tarmac, grabbed his two mobile phones and bought units in an attempt to create false alibi.

“They set up scenarios…”

The expert of the victim’s family, Konstantinos Hasiotis, who has put up a great fight for more and more evidence to come to light and for the truth to shine, spoke to “Tunnel” about the developments in the case.

“The Xydakis family, after four years, sees a glimmer, a light in the tunnel in the case of the deceased son and brother, Giorgos Xydakis. All the evidence collected made me suspicious then to do the research and go down to Crete and make a representation. But we found no help from the police. I dropped off a similar car in Crete to the one allegedly involved in the incident, while the police, although they had the same car, did not give it to us. With this car, we also put the motorcycle side-by-side and saw that its steering wheel had come into contact with the agricultural one”, he said characteristically, while adding:

“With this report, after two years of delay, the Prosecutor’s Office of Heraklion asked us to make a representation, we did it and the conclusions were exactly the same as what I wrote in my report at the time. The Prosecutor’s Office accepted our allegations and has charged four people, the three drivers of the vehicles, as well as the passenger of the I.X. truck”.

Mr. Hasiotis emphasized that there was strong dissatisfaction from the family for the handling of the Traffic Police in the case.

“I think we will be vindicated, we will come out of the tunnel and the memory of the child, the driving school teacher who unfortunately was killed by his students, will be vindicated. He could be alive today. They gave him no chance of survival the way they reacted. There was an accident, but we don’t give up and above all we don’t build junk. They set up a conspiracy with his mobile phones, a scenario…”, he concluded visibly upset.

Brother: I became a detective to reveal the truth…

“Tunnel” traveled to Heraklion, Crete to meet Vangelis Xydakis, the brother of the unfortunate driving instructor.

“I feel a justice so far to a point. Valuable time was wasted all this time. There were elements that were not used by the Traffic Police. I understood that something else happened and what his supposed “friends” were saying was not true. All these years are very difficult, at first you understand the loss, then it becomes more important. Along the way you say, look what these people have done to me. They killed him and they continue their lives, got married, had children. My mother in four years has aged as if she is ten years older than her age. I became a detective and investigated to reveal the truth. It turns out that they killed him, crashed him, abandoned him, and threw his engine off him. Aren’t they killers? What is it?” he concluded.

The opposite of the other side

For her part, the lawyer of one of the accused drivers, Mrs. Stamatia Markou, denies that her client had the slightest involvement and even proceeded with the following detailed statement:

“The undersigned Lawyer Stamatia Markou, a member of the E. S. M. LAW FIRM – E. S. MARKOU & Associates, as attorney-in-fact of one of the alleged “drivers involved” in the traffic accident that occurred on 8-15-2018 in Heraklion of Crete and as a result G. Xydakis lost his life, following your related broadcast as well as rebroadcasting of this (broadcast) and other television and electronic media, with the ultimate goal of RESTORATION of the unique and indisputable truth about the traffic incident , I respond to the broadcasted statements of the technical advisor of the deceased’s family and to what the relatives of the deceased stated on your show, stating that:

The technical adviser of the family of the deceased and the relatives of the deceased, INSULT the memory of the deceased with what they spread through the show “LIGHT IN THE TUNNEL”, since what they claimed in public has NOTHING TO DO WITH THE TRUTH.
From the video material in the case file, it is CLEARLY clear that there is NO vehicle that in any way obstructed the course of the motorcycle that the pre-deceased was driving at breakneck speed, nor does it appear from the video material that ANYONE was moving before or after the deceased’s motorcycle another vehicle. Therefore, “science fiction scenarios” created involving other drivers who were NOT on the road on the day and time of the accident actually insult the memory of the deceased.
The transfer of airtime from the deceased’s mobile phone to the mobile phone of another “alleged” driver involved in the traffic accident, took place BEFORE THE START OF THE SPEED RACE that the pre-deceased himself PROPOSED to another driver (not to my principal). From the stage of the preliminary procedure, we requested the competent Prosecutor to order the lifting of the secrecy of the communications in order to establish “the point where the signal was emitted by the mobile phones of the deceased at the same time as the traffic incident occurred”. This element will further confirm our claim, that the deceased did NOT take his mobile phone with him when he started “the speeding fight” with another driver, a fight that started on the initiative of the deceased himself towards another driver (I clarify, not towards my principal who received airtime and the pre-deceased volunteered to transfer to him, before starting the “speed bump” with the other driver). We will legally submit this request again during the hearing of the case.
The claim by the deceased’s family’s technical advisor that he ALLEGEDLY “received threats” on the day of the traffic accident re-enactment is another HUGE LIE. This is because, present at the scene were 4 lawyers, ELAS officers, an expert appointed by the Traffic Police and a technical consultant from the side of one of the alleged “involved drivers” and a large number of people and the process progressed smoothly and in an excellent manner. It is only a matter of shame and disgrace to spread such false claims. Because, if anyone had received “threats”, they should report them immediately!! He didn’t complain because they DID NOT happen!!
It was artificially hidden from everyone who spoke on your show, that three (3) expert reports have been drawn up by an experienced expert appointed by the Heraklion Traffic Department and their conclusion is that “NO OTHER VEHICLE WAS INVOLVED IN THE SPECIFIC TRAFFIC INCIDENT”!! We understand the pain of the people for the loss they suffered, but this loss should NOT under any circumstances become an occasion for unfair and inhumane behavior towards other persons who bear no responsibility for the disputed traffic incident.
The continuation will take place before the natural judge where the case has been referred to be tried, the presumption of innocence, of course, must be respected by all. Respect to the memory of the deceased and a little patience, the TRUTH will shine before the competent Court.
With appreciation and respect for the work of all journalists, I request the publication of this statement and we remain at the disposal of your broadcast for any further clarification.