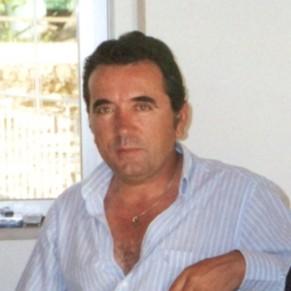 Kostas Tragkas former trader, got lost suddenly at the end of the summer.

He lived a comfortable life until one blow of fate led him to the streets. He did not want to give up, he was looking for opportunities and trusted some people who promised him that will help him.

His relatives first believed that he left the city to work elsewhere, until they found randomly his car and his personal belongings…

He was telling everybody that he would go to Crete to earn a lot of money and get married. His relatives fear that someone took advantage of him and then vanish him.

Testimonials arrived on the show by people who know him were saying that he is in Athens wandering crummy and finds shelter in abandoned cars.

From business to the street and the disappearance…

The cousin of the missing man Kostas Tagkas spoke to the camera’ of “Tunnel”. After the announcement on the show, with a picture in his hand was looking to the city of Ioannina for a trail. Residents suggested the point where the car of the missing man was abandoned in the area Perivleptos. He was shocked when he found out that his cousin was sleeping in the car since his mother who loved so much died and stayed alone in the city. In the car were found his clothes, a blanket and a backpack locked with his personal items and family photo albums.

As he told at the reporter of the show, he was impressed because his cousin at the end of June and throughout July, was always well dressed and did not seem to have financial problems. As someone was strengthen him financially and opening for him new paths.

The two cousins use to run for years a shop in Crete. The turn of the missing to gambling, have caused him several problems in his life.

They promised him a better life and then he disappeared…

Giorgos Karvounis another cousin of the 55 year old missing described at the camera’ of “Tunnel” the last time he saw him. He said that Kostas visited him at the end of July. He seemed very cheerful. He intended to go back to Crete, to marry and as he told he would win a lot of money thanks to the help of some acquaintances of his.

According to his cousin there was no way the missing man leaving without notice at least his brother who lives in Athens and to which last spoke in late July. Kostas had told his brother that he had found a way and at some time he would will help him financially, giving him thousands of euros.

Connecting all the details and following the inquiries he made to find him, the cousin of the missing man believes that maybe he has been a victim of crime, by some who took advantage of him.

They made him to get a loan and vanished him?

Residents from the area, where the car of the missing man was found in December, spoke to the camera of “Tunnel”. They said they knew that he was sleeping in his car and they saw almost every day until the end of July.

They described him as a harmless man, always well dressed who they were helping from time to time. Relatives of 55 year old man began to worry about his fate when he stopped communicating with his brother in Athens in late July. The missing person had told his cousin that some people wanted to take a loan under his name. In his opinion maybe these people promised to help him in exchange for a fee. As he said to the camera of “Tunnel”: “Maybe he helped them and then they vanished him…”

Relatives of Tangas from various testimonies learned that in early the summer he was occasionally worked for a print shop. They failed however to learn which it was and they appeal to the owner to contact them or the show.