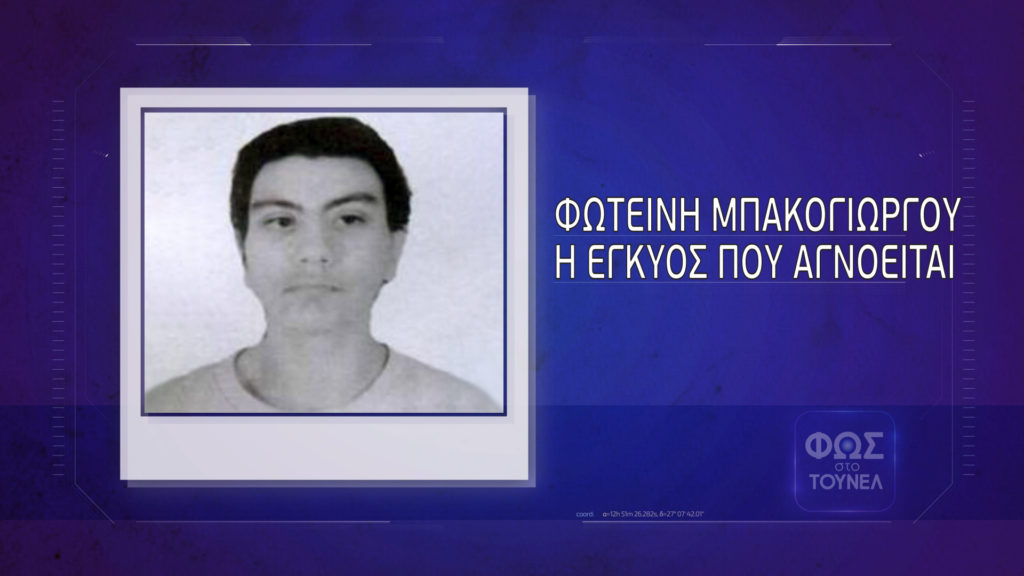 Agony about a young pregnant woman and mother of three minor children who mysteriously disappeared.
Share

Fotini Bakogiorgou, 23, has been missing since Friday, October 8, from her home in Kypseli.

The mother of three children aged 1.5 to 4 years old, when she disappeared was about 6 months pregnant in her fourth child.

Angie Xenakou, a psychologist at “Missing Alert”, that has signaled for the mother, speaking on the camera of “Tunnel”, states that there have been allegations of abuse. She expresses her concern about this disappearance, saying that all possibilities are open.

“After activating the “Missing Alert” we have received enough information about the missing person. They report that she was found beaten before the disappearance and not only that. Since the beginning of June, we have received reports in “Smile of the Child” about the abuse of her three minor children, not by her, but by third parties. The juvenile prosecutor was immediately informed and based on a social investigation, the children were removed from their home.”

The missing person is 1.70 tall, has short brown hair, brown eyes and is thin. The day she disappeared, she was wearing a pink suit and sneakers.