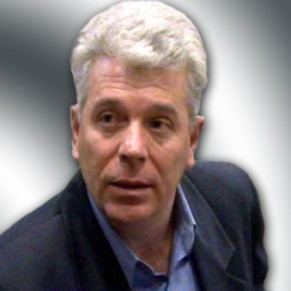 In the hands of the police fell Kavvadias!
Share

After eight months of dolce vita in Thessaloniki, Corfu, Athens, Spyros Kavadias the dangerous escapee caught like a mouse in the trap. Policemen arrested him at noon Saturday, April 18th, in a house in Agios Panteleimon area at Agorakritou street . They led to the arrest led after serious information which arrived in “Tunnel” and utilized appropriately by his pursuers.

Kavvadias when he saw ahead the policemen, did not resistance and realized that “the play ended.”

On Tuesday April 14, Kavadias had the audacity to appear in a Citizen Service Center downtown Athens. He applied to receive a birth certificate from Corfu, presenting an identity card has with his real data. He did not leave any house address but only a cell phone number in order to call him to receive the certificate. Half an hour later after the information reached “Tunnel”. Immediately the authorities were informed and with coordinated movements managed to surprise and arrest him after eight months.

The 58 year old, lifer, had escaped on September 3 from Chania rural prisons where he was held. He requested and got a few days leave but he never return. “Tunnel” first reported the news of the escape on the show on Friday, October 17, 2014.

During the manhunt thatauthorities had unleashed for his arrest the last eight months, “Tunnel” followed his trails utilizing important information and testimonies. The show had identified two of his hideouts in Attica region. Other information came at “Tunnel” from a famous lawyer office in Athens, which was visited on 11 September. As revealed Kavadias went to this law firm seeking a meeting with the criminal lawyer. He asked for an appointment and left. See details here.

Shock had caused the appearance at the show of a witness who was with Kavvadias in jail and had had accepted his murderous attack. The victim and witness came on the show and complained about everything he knew about the runaway. As had claimed Kavadias had put his life goal to kill Angeliki Nikolouli because he considered her responsible for the life sentence he had for the murder of his second partner Tania Charitopoulou, who the corpse was never found. Five years before he was murdered and his Swiss partner Nicole Kirchner, which was in a care center for abused women in Switzerland. See details here.