On August 2, the two brothers pointed out by the eyewitness, who reported to "Light in the Tunnel" and testified at the Homicide, were summoned to the Coast Guard of Eretria, that on January 24 argued with Sifis Valyrakis in the sea area off the Onirou island. He was hit with a pole and fell into the sea unconscious and covered in blood, resulting in his death.
Share

The two fishermen were summoned for testimony (not under oath), essentially as suspects in the much-praised case, and rapid developments are now expected.

According to information, relatives of the two fishermen and their friends had already testified that during the time in question, the two men were at home, in fact providing them with an alibi and themselves in their testimony, citing exactly the same claim.

Developments in the case, even with a long and unexplained delay, may soon pave the way for prosecution.

The controversial case and the publicity it received from the information presented by the “Tunnel”, was also presented by international media, such as the prestigious Italian newspaper “Corriere della Serra” which reported extensively on the suspicious circumstances of the death of the historical politician who fought against the junta. It also refers to the eyewitness who spoke to “Tunnel”. They interviewed his wife and well-known painter Mina Papatheodorou-Valyraki. 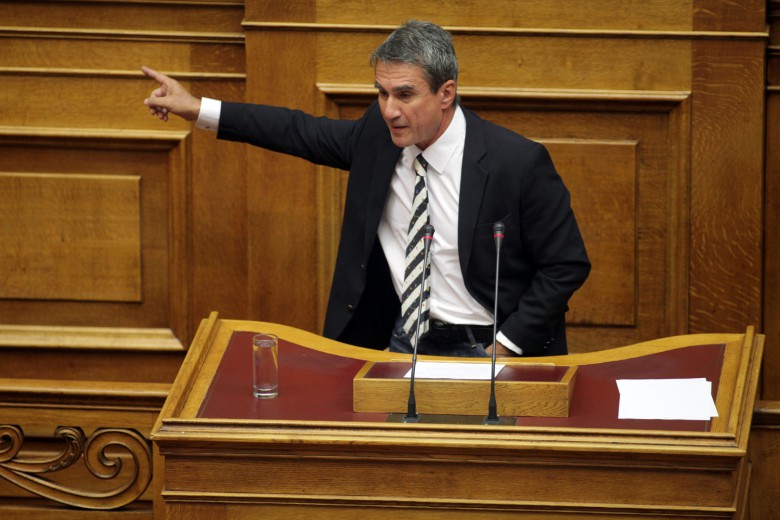 In a statement given to “Tunnel” by KINAL MP Andreas Loverdos, after the latest important developments in the case, he states:

“We are anxiously awaiting September 1, when the new judicial year begins and the required criminal prosecution is finally exercised. “Valyrakis was killed.”

“The ‘Greek summer’ is painted yellow, the color of betrayal and cowardice,” says “Corriere della Serra”

“The ‘Greek summer’ is often a symbol of an experience that contains something deep and human. This time, however, it bears the color of betrayal and cowardice.

The seemingly accidental death of a former PASOK minister outside the port of Eretria, also known as Negreponte during the years of Venetian rule, is an unsolved mystery that has divided the country for months.

A few days ago, even the former Prime Minister George Papandreou considered that it was his duty to intervene in Parliament. A debt dictated by the authorities’ refusal to launch new extensive investigations instead of stubbornly supporting any other than well-founded view, that it was an “accident-view” that contradicts many testimonies. 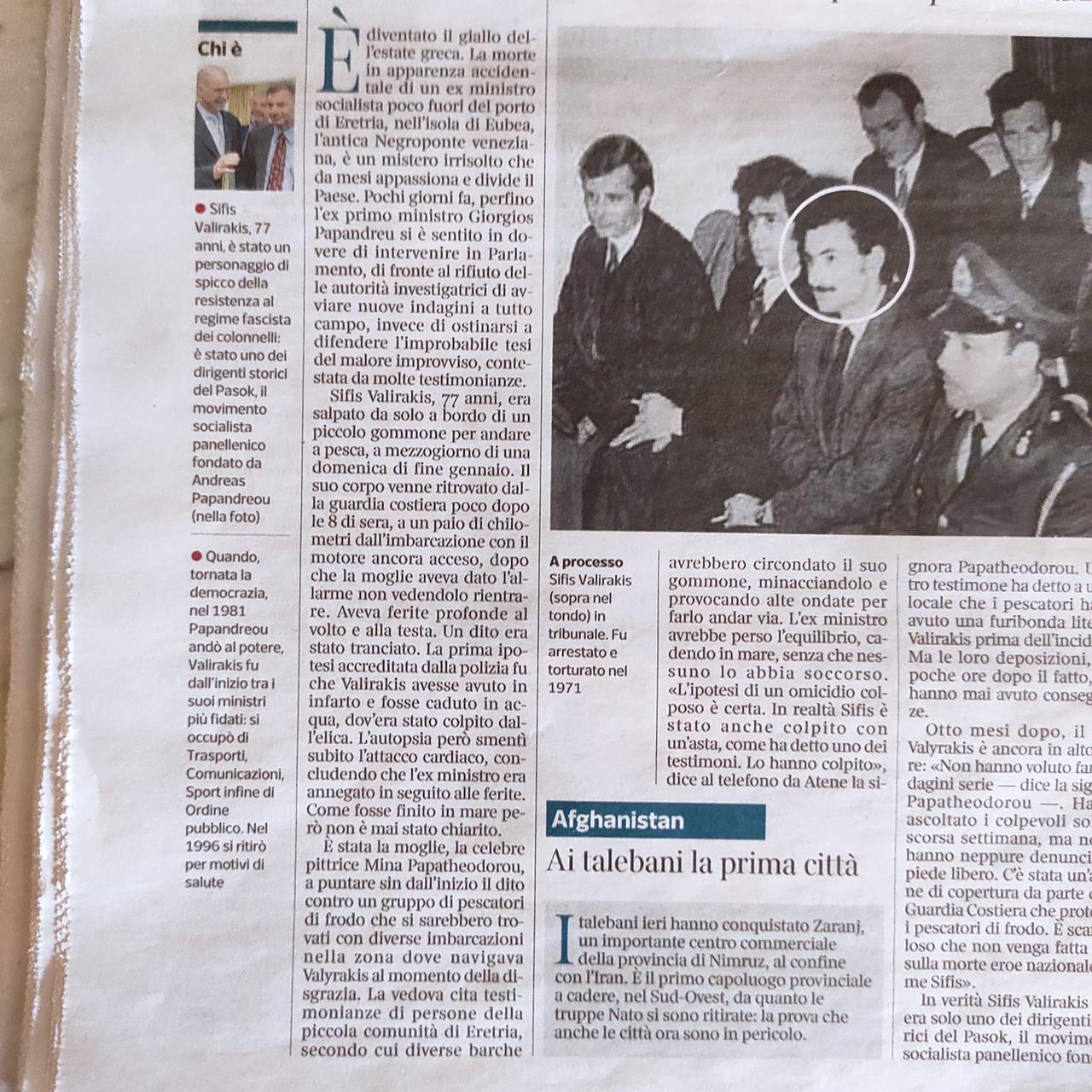 Sifis Valyrakis, 77, started fishing alone with his inflatable on a Sunday afternoon, at the end of January. His body was found by the Coast Guard shortly after 8 pm, two kilometers away from where he had started, with the boat’s engine still on and after his wife, worried about his late return, notified the Coast Guard. He suffered serious injuries to his face and skull. A finger had been cut. The first allegation made by the police was that Valyrakis had suffered a “heart attack” as a result of which he fell into the water and was injured by the propeller.

The autopsy, however, ruled out a heart attack, and it was ruled that the former minister had drowned after being injured. But how he ended up in the sea was never clarified.

His wife, the well-known painter Mina Papatheodorou, was the one who from the beginning tried to direct the Authorities to a group of illegal fishermen who at the time of the incident were sailing in the area with their boats. The minister’s widow cites testimonies from the small community of Eretria, according to which more than one boat surrounded the inflatable, threatening the former minister and creating strong waves in order to force him to leave. Valyrakis must have lost his balance and fallen into the sea, but no one rushed to help him.

“The view that this is a premeditated murder is absolutely valid. According to an eyewitness, Sifis was hit with a stick. He was beaten”, says Mrs. Papatheodorou in a telephone communication from Athens.

Another witness, speaking on a television channel, claimed that the fishermen had a heated argument with Valyrakis before the incident. But these deposits were not further investigated. Eight months have passed since then, and the Valyrakis case is still in the middle of the sea, without any clarification. “They did not want to do serious research,” says Mrs. Papatheodorou-Valyraki. “The culprits were heard only last week, they were not even charged. This is a cover-up by the Coast Guard that protects fishermen. It is scandalous that the circumstances under which a national hero like Sifis died, do not come to light.”

Sifis Valyrakis was one of the founding members of PASOK (of the socialist movement founded by Andreas Papandreou) to which he had joined before he was well in his thirties and when he was still persecuted by the junta. He was a fighter-legend of the resistance against the junta.

He had a friendship with Alekos Panagoulis, poet and companion of Oriana Falatsi, whose death was also never clarified. Valyrakis was arrested and tortured in 1971 but escaped after he managed to cut one of the irons of his cell and cause a short circuit in prison. He was caught on the border with Yugoslavia, taken to Corfu prison but managed to escape again, this time swimming several kilometers to the coast of Albania. He was unlucky, however, because the communist regime in Tirana arrested him on espionage charges and sentenced him to three years of forced labor. He was finally released by Andreas Papandreou after mediating with the Chinese government.

When Papandreou came to power in 1981, with the restoration of democracy, Valyrakis was from the beginning one of his most trusted ministers and served as Minister of Transport, Communications and Sports. Finally, he took over the crucial ministry of Public Order, which also falls under the jurisdiction of the National Intelligence Service. He held this position until 1996, when Andreas Papandreou retired for health reasons. However, he remained an elected PASOK MP for Crete until 2012. In recent years, the former minister, a lover of the sea, had devoted himself to combating illegal fishing activity and the resulting environmental disaster in the Aegean.”