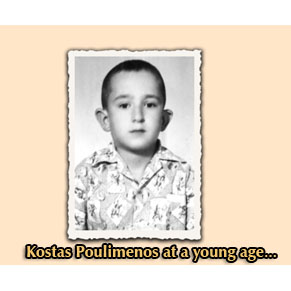 According to his birth documents, he was found at the age of 20 days at Neokleous 13 str. at Peristeri area. The baby was transferred to the police station and there, symbolically they gave him the last name Neoklidis. Christoforos and Alexandra Poulimenou who were living at that time at Neokleous 24 str. adopted the little boy. The biological mother stayed at a near-by house for one day, she fed her child before giving it to his step mother. The only thing she said was that she was from Elefsina and that she had something to do with a priest. 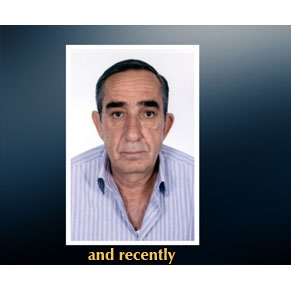