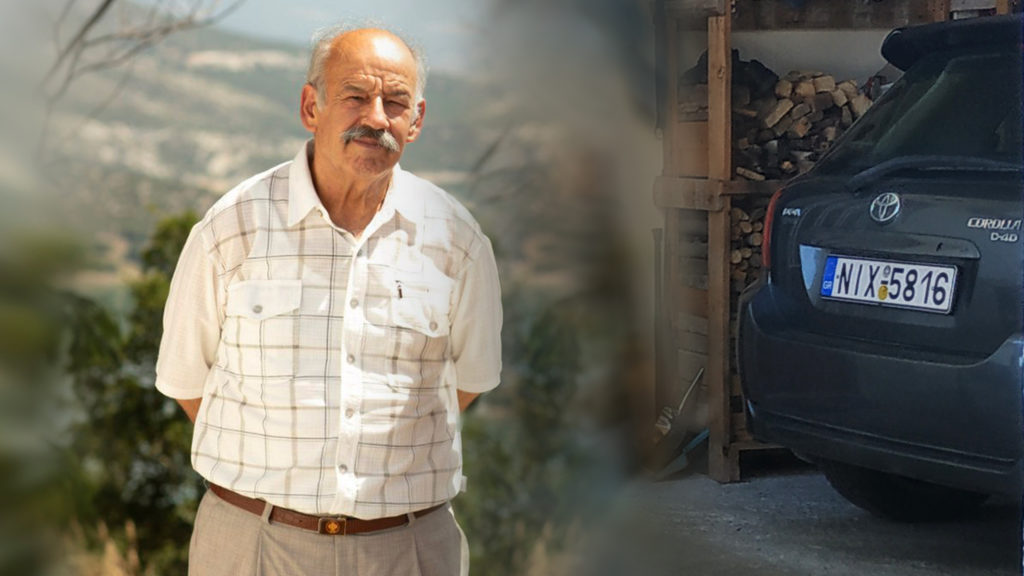 The developments in the case of 70-year-old Pericles Tahatos, from Servia Kozani, are dramatic.
Share

At noon on Wednesday, September 21, the unfortunate man’s car was recovered, which had been spotted a day earlier in Lake Polyphytos, near Agia Kyriaki in the Municipality of Velventos, Kozani.

On Sunday, September 11, the body of a man in advanced decomposition was found close to the vehicle.

The family of the retired truck driver is waiting for the answers from the DNA in order to prove if it is their man, Pericles Tahatos who had disappeared from the area with his car and his beloved dog on Sunday, April 4, 2022.

The 70-year-old’s children, shocked by the developments, told “Tunnel” that they are anxiously waiting for answers.

“I was informed by the police that the vehicle found was our father’s. We are also waiting for the official DNA results that will show if it is our man after all,” said his daughter at a emotional state.