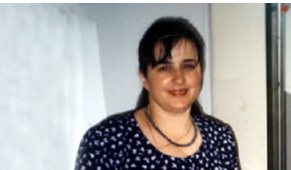 Life imprisonment by the Mixed Jury Court of Amaliada for the "spider woman".
Share

The Court also imposed her a three and a half years of imprisonment , finding her guilty for the offenses of use of weapons , firearms and possession of forged documents.

Innocent was unanimous Nikos Kalogeris who Ziagka accused him for the murder … On her initial testimony she also accused her partner at the time, Anastasios Panagakis, who died a few months after the assassination.

The case of the “black widow ” who was arrested thanks to the research of ‘ Tunnel ‘ in June 2010 , had shaken Greece . A year ago Ziagka with Panagakis were cementing in a jacuzzi at a luxury maisonette at Diakopto , Tasos Tsagaropoulos.

Evangelia Ziagka all this time was under custody for several convictions for dozens of fraud she committed mostly with elderly victims of which she diverted their properties.