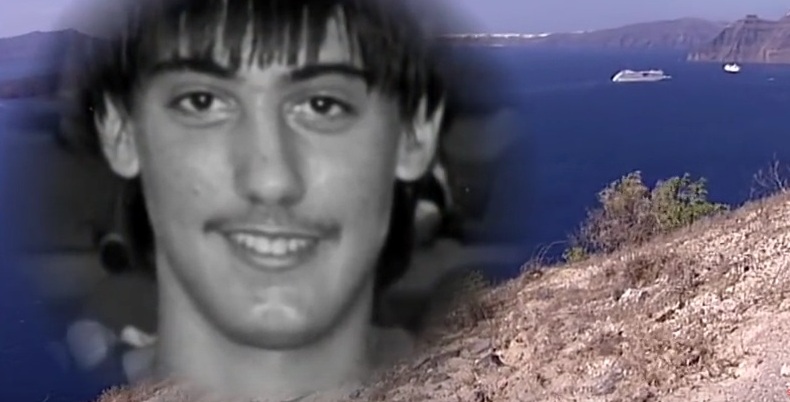 Another case without a corpse was cleared with the help of "Tunnel" and the culprit was convicted.
Share

The Mixed  Court of Samos  unanimously imposed the sentence of life imprisonment without mitigating to Ivan Mitev for the murder of the unfortunate young musician in Santorini, whose story moved viewers. 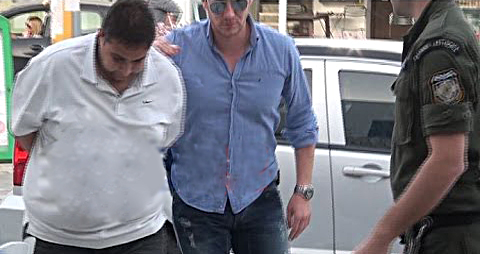 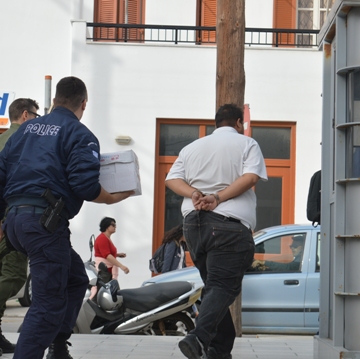 The court also decided to forward the case to the competent Naxos Prosecutor, to investigate any involvement in the murder of two witnesses and three more for  any criminal responsibility.

At the hearing of the decision, the tortured mother Maria Damaskinou and the brother of the unfortunate musician broke into tears.

With a trembling voice, the aunt of the victim, Argyro Georgiou, told Tunnel:
“We thank  the Court . I want through the depths of my heart to thank Angeliki Nikolouli separately. If she did not investigate the case, everyone would think that Takis had committed suicide … The torture is not over for us. I wish they reveal where our child is buried … To light a canle to his memory , let his soul be in peace … “

The timeline of the murder wich  “Tunnel” revealed
Traces of Takis Vazakopoulos, 21, were lost at midday on August 7, 2014 when a friend took him with his motorbike from a main road to Megalohori, Santorini, where he stayed, as the show revealed.
Aggeliki Nikolouli, during her live show in October of the same year, spoke with the missing young man friend. He replied that he was not the one who took Takis that afternoon and that he his motorcycle to anyone because it was his favourite. That night the viewers worked better than a detective. A friend of  “Tunnel” found in an ads site in Santorini, the particular motorcycle to be sold. At the same time, Takis ‘friend’ was trying to sell his car. Once he realized that the show had spotted his ad, he immediately withdrew it!
Time was passing, and Takis’ family was desperate. The stubborn research of the journalist brought in light the thriller of the young musician.
Three months after his disappearance , the owner of the machine confessed to the police officers who called him to testify, that he had quarreled with him and injured him deadly. He then set himself the scenery with   the cigarette paper of the victim at Caldera, to appear he had self-destructive tendencies and fell to the cliff. He first led the police to the dump where he had thrown the corpse as he told them, but when he saw the huge amount of garbage gathered there, he started the cat and mouse game.
In order to confuse the Aythoritieshe indicated different points. In a deserted field and in a seaside area. Along the way, he changed the scene and spoke of collaborators who had vanished the body of Vazakopoulos. Eventually he got back what he initially confessed.
The stunning developments began with the important information that came to the show, as well as Angeliki Nikolouli’s appeals to witnesses. The fact has bothered the accused’s family who did not hesitate during a live broadcast, threatening the journalist.
On April 14, 2016, Naxos Ancestor issued an arrest warrant for homicide intentionally in a quiet mental state for the Bulgarian friend of unlucky Takis Vazakopoulos. The step of civil action in the case of the murder of the young musician in Santorini was undertaken by the distinguished lawyer Alexis Kougias.
The landfill of the island and the vast volume of garbage seem to conceal the secret of the disappearance of Takis’ corpse, the story of which has moved the viewers.
This is not the first time the show has made a significant contribution to condemning the culprits for homicide without confession and without a corpse. Aggeliki Nikolouli, through profound research, has even shown herself in the courtroom as a witness, for cases such as Alex, Tania Charitopoulou, the waelthy Athenian Maria Niotaki, the two young women who were murdered in Mytilene in 2002 and the young optician Marios Papageorgiou.
See frame-by-frame all the developments around the case that the Tunnel revealed here.