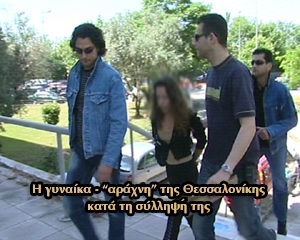 Life imprisonment imposed on the woman from Thessaloniki who killed her husband, increasing the penalty of imprisonment from 19 years which has been convicted at the first phase of the trial.
Share

The decision of the Court of Thessaloniki was imposed to Maria Tsampli for murdering her husband, Theodoros Tampakidis, 43 year old on April 2008.

To the 47 year old woman were imposed 5 more years of imprisonment (2 years for gun possession, 2 years for perjury and 1 year for verbal outrage of a dead person).

The case, which revealed at the “Light in the Tunnel”, returned to the courtroom after an appeal filed by the prosecutor in the first decision.

The rationale was that the penalty imposed on the “spider – woman” was small compared to the seriousness of the crime she committed.

See details of the case at Murders to Light