Shocking revelations about another death scene laid out like a traffic accident, with victim a young driver of a motorbike.
Share

After the police thriller from Larisa, “Tunnel” brought to light new evidence for the staged crime of Agrinio.

The case of 20 year-old Dimitris Tsinias had hooked viewers last spring with the first revelations of a witness, who many questioned at the time …

On Friday, December 2 new evidence came to consolidate his version of the crime. A woman who recorded everything that happened at Saturday dawn June 21, 2014, set aside her fear, broke her silence and spoke to “Tunnel” …

Shocking new testimony for the night of death

The witness saw with her own eyes the deadly attack to the unfortunate young man. 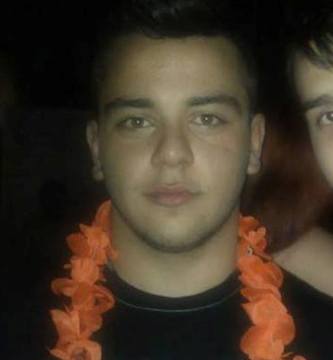 vehicles at the exit of the city tunnel.
At first she heard two successive bold noises and a man calling another asshole.
The witness stood up from where she was sitting and saw a dark car, jeep type. It was immobilized with the engine turned on. The car had hit the vehicle the 20 year old was droving who at the time was sprawled on the pavement. Caused struck by the fact that while it seemed that someone was in the car, did not get out of it to help the injured. After a while the jeep left the point very slowly.
The witness told Tunnel that all this time she could not find the courage to reveal what she saw that fateful night. Now she is available to testify to the authorities. 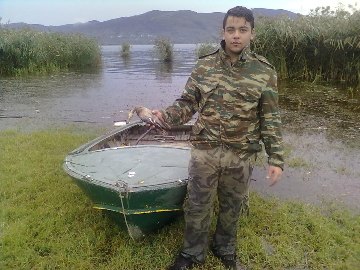 The first testimony at Tunnel which brought the overthrow

The rolling at Agrinio in which the 20 year old Dimitris Tsinias was killed , was not an accident.
Early in the spring of 2016, Tunnel revealed the well-staged scene of a rolling that some created to cover a premeditated crime.

Then the show had identified a witness who greatly helped the family of the unfortunate young man , who today still gives its own fight to reveal the truth.

The death had set a trap to the unfortunate young man , on Saturday dawn June 21, 2014.
The witness who was around three and half past at dawn near the point, heard the sound of the engine and a car coming along the tunnel located in the area.
According to his testimony, the car rammed the motorbike, hit it hard so and shoot away so Dimitris died immediately.
Worth mentioning is the fact that about one quarter before the incident, policemen were investigating the area for a suspicious car that had appeared there.
It seems that the driver was hidden somewhere near and when he realized the motorbike passing through tunnel, it rammed it.

What the victim had said

After the revelations of the first show, another important witness who knew very well the victim, testified to the Authorities everything he confided shortly before losing his life.

As shown Dimitris had been attacked by a “hard” group, which exploited his girlfriend that he tried to help and protect. Indeed because he risked his life by this savage attack and was saved, he engraved the date as a tattoo on his hand, as important. 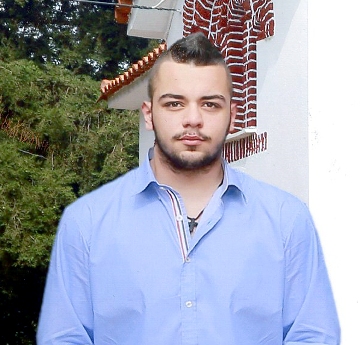 The technical family counselor, legal expert Vasilis Kloutsiniotis demonstrated by his research that another vehicle involved, which rammed the motorbike and shook it with power over a long distance.

The family lawyer Christos Andrias who was found in the broadcast studio, said that after the revelations of “Tunnel” and the complaint lodged with murder, the prosecution accepted that another vehicle was involved and the investigations now moving in another direction.

The father of the victim Takis Tsinias thanked Angeliki Nikolouli for the valuable contribution of the show which helped witnesses open their mouths and now lead the authorities to a new research in uncovering the truth, to justify the memory of his child.