Despite the climate of fear and wild threats, a family insists on finding the truth about their missing person ...
Share

In small village no one speaks of a simple disappearance. The version of the well-intentioned murder, of the peaceful carpenter in Crete, seems to be prevalent.

Tunnel on Friday, February 23, enlightened the dark sides of the strange case of Yiannis Poloudakis, 64, from Voukolies, Chania, who has been missing  since July 2014.

His siblings  research  in wells in the wider area seems to have  annoyed  some people who threw wild threats to them and their friendly environment.

“Stop talking and searching, because we will kill you and your children. We’ll bring you your brother’s bones in a soup , to drink it from a tin … “, are some of the extreme threats they have received.

In his phone call to Tunnel, the lawyer of the family, Charalambos Dialinakis  said that a lawsuit would be directly filed for homicide against unknown.

“Unfortunately, in our regions prevails the law of silence and the next move is a deep research. We have total trust in the Police and the Prosecution Authorities. “he said.

The siblings of the missing man who were found in the show’s studio said:

“We are not concerned about the threats. We will continue to search until we get the answer. Six families are suffering. We ask them to call us  anonymously, tell us where he  is, to offer him the funeral he deserves … “.

Chania: Have they murdered and vanish  the peaceful carpenter?
An important piece of information that came to the relatives of the missing Yiannis Poloudakis led the research to a specific location, about five hundred meters from his house.
The testimony spoke of a well in an old house that had not been investigated. The reporter of Tunnel found at  the spot with the sisters of the missing Aristea and Sophia. The well was unobtrusive and the Fire Brigade was mobilized.

“The area has many wells. Our brother could well have been driven here by someone who had trapped him. When the Authorities came, they told us they would bring a diver, but this  did not happen. With a drilling machine, this well could be emptied, “his sister said.
As soon as research began in the area, family members began to receive anonymous, threatening, phone calls.

The family is searching another  testimony about a car with foreign plates  and specific features, in which were  two men. This car was seen to be stopped without cause near Yannis’ house, the days when he disappeared.
The sisters told  Tunnel that Poliudakakis before disappearing , refusing to give to a specific person a field to exploit it.
“We do not want to hurt anyone. We only want anyone who knows something to talk to find out what happened to our brother, “they said. 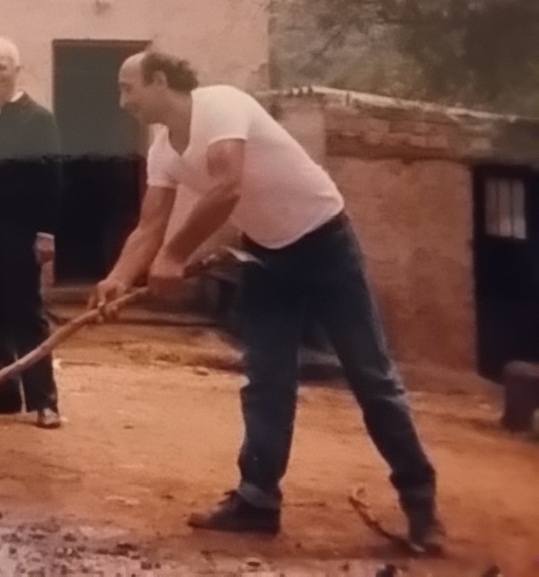 “I did not owe him money, nor did I ever get in his house …”

A witness who knew the missing person and had transactions with him, spoke to “Tunnel”. He had often transferred him with his car to the carpenter’s shop. In their conversations, Polioudakis had told him that his boss owed him a lot of money. 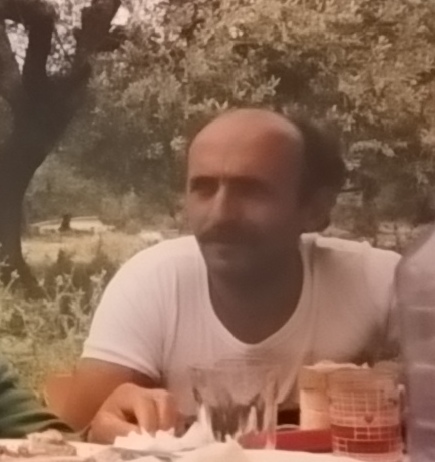 As he had said shortly before he  went  missing, he had sold him a field of olives that is next to  one of his own for 12,000 euros. He claimed he did not owe him anything .
Asked by the reporter whether he was interested in buying another neighboring field of Polioudakis, he replied that the missing person did not want to sell it.

He does not know if he had  any differences with someone outside the area, but he believes that Polioudakis was murdered.
When the reporter told him that after the disappearance everything in the missing person’s house was found neatly, he replied that he had never gone there …

Employer: I do not know anything about what they say …

Almost three years after the mysterious disappearance of Yiannis Poloudakis, the mouths in the small society were opened.
“Tunnel” was found in the cafeteria of the missing man’s village. People told Tunnel that it seems the peaceful carpenter  has had differences with his former employer. His boss, according to rumors, had taken a loan to which the missing person had signed as a guarantor. The borrower did not pay the installments, so the bank demanded the debt from Polioudakis. People  at  the cafe described him as a peaceful, dear person in the area who  did not cause any problems.

“Tunnel” sought out Poloudakis’ former employer.
“I’m very curious what happened,” he said on the show. He described him as a good man who had never hurt anyone. He stressed that they were not close friends, but collaborators and claimed he owed him only 200 euros and not the sums that are being heard.
Asked by the reporter about the loan that people  he got and inserted the missing person into it, he said that this is not the case. He also claimed he saw Polioudakis for the last time a year before he disappeared. 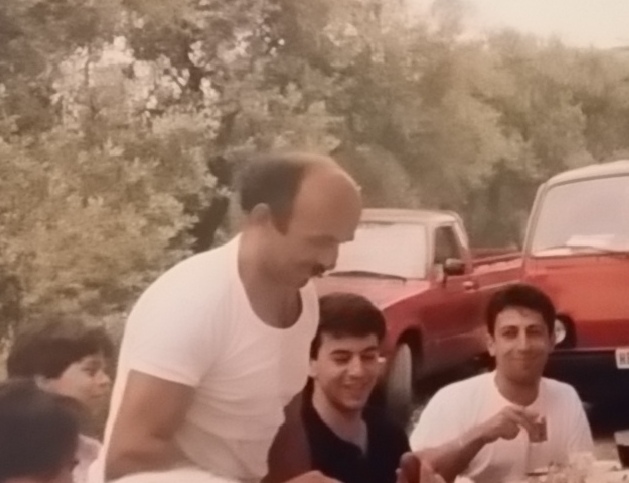 The unknown visitor, the threats and the intrusion into the night …
“My brother is  not alive. At least we have to know who hurt him and why. ”
Sophia, one of the sisters of Yannis Palioudakis, wished to express the tantalizing ignorance in which her family lived for years.
As she said in the Tunnel, none of her own people can understand the reason someone wanted to eliminate him from the face of earth.
“He was a quiet man who did not hurt  even an ant,” she said.
For relatives many things remain unexplained. Giannis Poloudakis’s car was found with a full tank, left in the yard locked and the keys inside the house. All that was missing was his car papers. Authorities did not search for footprints either in the car or at the house.
“Did they have to find my brother dead or blood in the room to look for prints?” she asked.
His nephew spoke on the show for something strange that impressed the relatives.
“My uncle lived alone and used to put a chair in the courtyard only to sit and drink his coffee. After the disappearance we found two chairs and we thought he had a visitor who apparently knew him, “he said.
The only neighbor has not heard voices or cries on the night when his uncle disappeared.

Mrs. Aristea, the second sister of the missing carpenter, was found with Tunnel reporter in the house of mystery where time seems to have stopped on the day that Giannis was lost.
As she said, she noticed then that his bed was paved and a shirt was thrown under it. His mobile phone was left on the bedside table. At the kitchen table on a napkin  was placed his rosario and a lighter, and there were also the keys of the missing person.
After the disappearance, the relatives stood at something he  had said to them, but they did not know then. One night someone tried to get into his house and scared  him. He was afraid and did not react.
His family believes there are people who know what happened to him, but to date they have not spoken.
On the contrary, some people threaten the family to stop investigations.