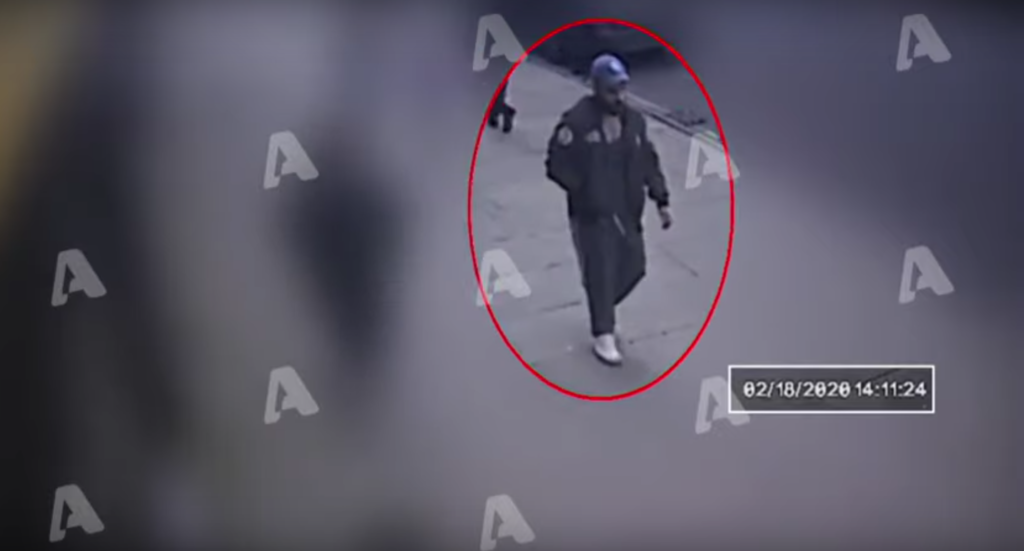 The first and only document so far on the disappearance of the Greek lifeguard in London, was presented by "Tunnel" on Friday, June 5.
Share

British police officers investigating the mysterious disappearance of 34-year-old Giannis Economopoulos, from Patras, sent to the show material from a security camera that appears to have recorded him

He is seen walking on the sidewalk of Eastern Avenue, a few meters away from the house where he lived in Ilford, London. It is Tuesday, February 18, the day he disappeared at 14:11.

His image is shocking…

John appears walking wearing only one of his sneakers. The other was not found despite the search of the apartment and the neighboring area.

Both the Police and his partner say they are sure that he is the one wearing the characteristic jacket that was missing from his apartment.

According to the British Police, the direction he took is west and nearby is King George’s Hospital and the suburb of Havering.

In a live connection with the show from Patras, the aunt of the missing, Marianna Lazana and his friend, George Raftopoulos, saw the video shown by the broadcast.

His aunt seemed sure it was him, but his friend kept his reservations, as the picture was not so clear.

His girlfriend: “I recognized him by his clothes and way of walking…”

The partner of the missing Giannis Economopoulos spoke to “Tunnel” about the material from the security camera of a store that recorded him on the day of his disappearance.

“I am definite that this is Giannis. The British Police are just as sure. I recognize him by his clothes. I knew all his clothes and shoes very well and that was why it was so easy for me to describe to the Police what he was wearing the day he disappeared. There is no doubt about the special jacket he wears with the number 13 on one sleeve. I can also recognize the way he walks,” she said.

Answering the journalist’s questions about the direction that Giannis took, she said:

“We were using quite often this road. It has some shops there, but mainly grocery stores and houses. It has a crossroads so he could have gone towards many directions.”