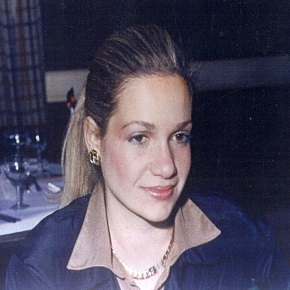 Sophia 's Kordoni dream over 30 years is to know the woman who brought her to life and then vanished. Sophia is a mother of four children and she is 50 years old.
Share

According to official documents she found, she was born in the private hospital << Sanit Helen>> in Piraeus on September 25,1962. Her biological mother Sophia Kontogianni from Ikaria was 22 years old at the time. Her father was Konstantinos and her brother was Sotiris. Immediately after she gave birth to the child, the child was transferred to the hospital <<Alexandra>> and from there to PIKPA.

The little girl was adopted at seven months age, from Evangelos and Fofi Trezos.The natural mother never presented to court for adoption. Some said that she may have emigrated abroad.

When Sophia Kordoni was 17 years old she learned by chance from a childhood friend that the couple who grew up with where not her real parents. She tried to find her real mother but without results. There is a chance that Nicholas Chantris from Athens he would be now about 77 years old probably knows details about her life.

Sophia wants to say a big thank you to the woman who gave her the greatest gift. Life.