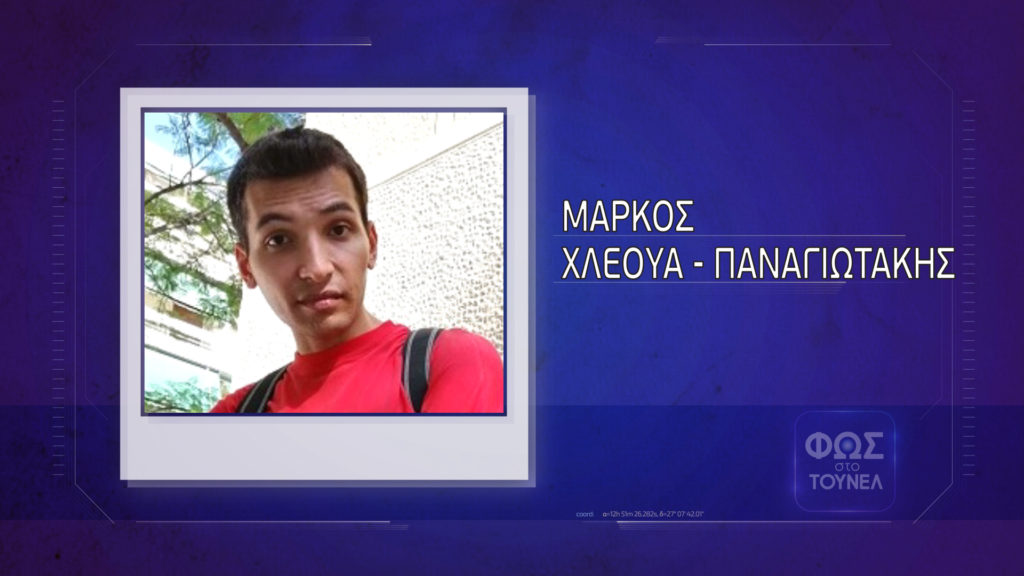 After the great mobilization of the "Tunnel" with the help of volunteers, the young man who had gone missing from Sykies Thessaloniki was found alive.
Share

Markos Chleua – Panagiotakis, 25 years old, was located after the broadcast, on the afternoon of Saturday, November 12, by police officers of the Z group who watched the “Tunnel” and responded to the appeal of Aggeliki Nikolouli to locate the young man who is facing health problems.

He was wandering and suffering on Nikis Avenue in the co-capital and was immediately taken to a police station, where his aunt also arrived a little later.

According to the information of the show, Markos was sleeping under bridges all this time he was missing.

The young man, affected by the recent death of his mother, disappeared on October 27 from the house of his aunt who was temporarily hosting him. Concern for his fate was great and for this reason a Silver Alert had been issued for his disappearance.

Just a few hours earlier, his aunt had made a dramatic appeal live on the “Tunnel” to anyone who has seen him, to help locate him. OFKATH volunteers searched through the night in various areas of Thessaloniki. His aunt thanked the “Tunnel”, the volunteers and the police for their valuable help.