In the twenty-two years of "Tunnel", the serious issue of our missing fellow human beings who are ending at the unclaimed is one of the biggest thorns that breed open wounds of the relatives.
Share

In addition to the twenty shocking cases  of the last thirteen years that Angeliki Nikolouli presented on Friday, May 26 2017 there were also other significant in  “Tunnel”.

For some, Silver Alert was activated and posters published in the media.
Thanks to the attendance of nurses, employees of sensitive services, and our ordinary fellow citizens, we found the edge of the dark tunnel of bureaucracy and gave the answers to the relatives of the missing.
1999
Ioulia Kakni 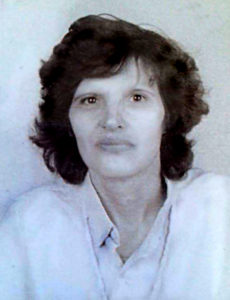 Ioulia Kakni 47, was found from  the show two months after her disappearance at the unclaimed  of the Athens morgue in June 1999. She was lost from Dromokaitio Psychiatric Hospital, where she was hospitalized. 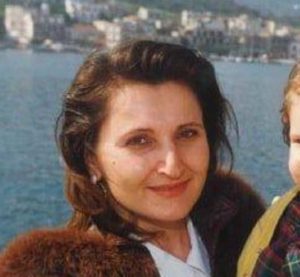 Paraskevi  Papatheodorou, a mother of a seven-year-old boy, was  found at  the unclaimed  of the Athens morgue, twenty days after her disappearance. She was lost in June 1999 from her house in Agios Stefanos.

In March 2000, “Light at  the Tunnel”  gave the answer to the relatives of a wealthy elderly woman for her relatives were looking for two years since July 1998. Eleni Sfyri, 88, had told her relatives that she was going to visit  her cousin in Heraklion, Crete, but  she never arrived. The show revealed that the woman had been found dead and had been transferred to the unclaimed. She  was then buried as unidentified in the 3rd Cemetery, while her money  were lost from  people  she met. 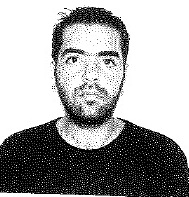 Thanassis Levantogianis, 27, was lost from Patras in December 2000. A month later, an announcement on the show was enough to find that he was at the unclaimed .
2005
Vassilis Stergiou 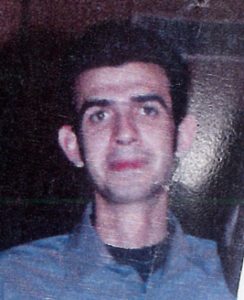 It took an announcement from “Light at  the Tunnel” to tell his relatives that he was dead for a week in the unclaimed. 23-year-old Vassilis Stergiou was lost on April 16, 2005, when he left his house in Renti to go to Omonoia.
2011
Emil Gergi

The alarm on  the site of Angeliki Nikolouli was finally a death alarm for the young Emil. A coroner read about his  disappearance on the internet page of the journalist and contacted the show. Among the dead who had no data  in the morgue, was 34-year-old Emil Gergi. He was found dead in a municipal parking lot on Akti Dilaveri in Mikrolimano, Piraeus, on July 30, 2011. He was lost one day ago from the Larissa Station where he lived with his family.
2012
George Prokos

Georgios Prokos who had disappeared from Korydallos, Attica, on August 3, 2012. Citizen recognized him and contacted Silver Alert. He said that on the day of his disappearance, he was with him at a bus stop and that while they were speaking, he suffered a heart attack. As he said, he called the 199  and he was transferred to a public hospital in Athens where the unlucky 76-year-old died.

The disappearance of the 74-year-old Ioannis Kiousis from Petralona on 30 June 2012 evolved into tragedy. A passing citizen found him unconscious on a road in Kallithea and alerted the police. Ambulance called, transferred to a central hospital where he died of pathological causes.
The unfortunate man had no identity on him and his relatives were not notified. Five days later, a hospital employee who saw Silver Alert, informed that the old man was dead there.

For ten days, Georgia Sarris was still missing , and her relatives struggled to locate her.
The statement on the disappearance of the 52-year-old who was suffering from severe melancholy had been made in the 2nd Police Department in Peristeri.  In the same area, she was found herself dead after dropping her from a block of flats. First Police  Department of Peristeri spotted her. The police did not cooperate and Silver Alert was issued to understand that the woman was  kept in the refrigerators.
Georgia Sarris had disappeared on July 11, 2013 from Anthoupoli.

He stayed in hospital and cemetery for eight days until he was recognized by  a nurse.
He is 63-year-old Stavri Metsai, who suffered a heart attack while he was on a city bus in April 2013.
He stayed at Vyronas and Silver Alert was issued for his disappearance.

Twenty days was at  the Athens morgue, a patient of Dromokaitiou hospital, who had been found dead in the same place!
He  is 58 yeas old Ioannis Panagopoulos, who disappeared on March 19, 2014 and was found dead after a month from another patient in the courtyard of the hospital.
Before he contacted with  his cell phone his son and told him he was in a park  without being able to determine the point.
Although police officers in the area had their mobile phone in their hands, they did not think of seeing the calls and look for his relatives.