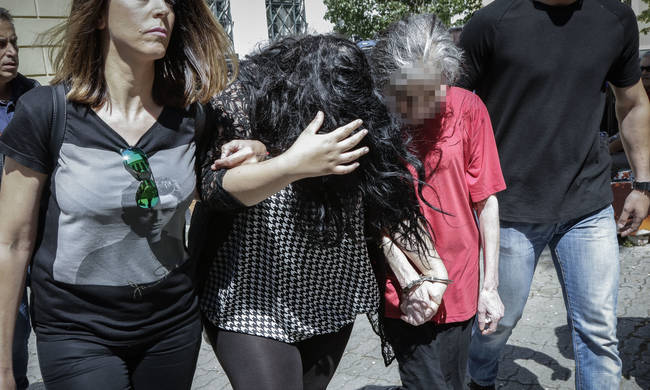 On the "Mother's Day", the murder of the baby found in a bucket in Petroupolis on Monday, February 26th, is discovered.
Share

A 19-year-old girl who is the mother of the newborn and 54-year-old grandmother were arrested by the officers of the Department of Crimes.

They confessed after they have been identified by Criminological Laboratories after a DNA test.

The details of this murder shocks. As they confessed, the girl became pregnant after a casual love with a young man but her pregnancy was perceived in the 7th month. Her mother claimed she had not realized that because her daughter is fat.

When it was time to give birth, they did not go to hospital after they seemed to have taken the decision not to keep it. The grandmother helped her daughter to give birth at home. As soon as the baby was born, the mother instead of holding her in her arms, filled his mouth with napkins so that the neighbors could not hear his crying. Then he caused a suffocating death to the baby by taking a piece of rope, wrapped in the newborn’s neck with the umbilical cord.

She immediately handed it over to her mother, who was assigned to place the dead baby in a black garbage bag and went to the rubbish bin at the junction of Pindos and East Romylia Street where she threw it.

And in this case, in the block of flats that this family lived, no neighbor had ever realized anything…

The next day, a scraper discovered the dead baby and he informed the neighbours and the Police.  To probe this shocking case, the Tunnel has been involved in calling for testimonies.