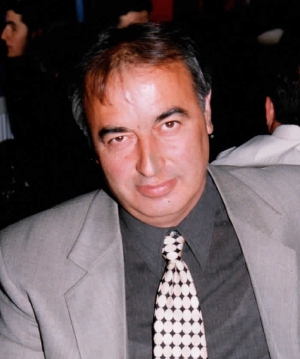 An unexpected meeting with two men and a witness who revealed under state of shock everything she saw and heard.
Share

The route he followed in the night and the next day which brought the overthrow , fear. His car was found abandoned… This is the picture of the new mystery that Tunnel investigated.

The show followed step by step the traces left behind by the missing Tasos Fokialis 58 year old . He got lost on Wednesday night, March 5th from Kila Kozani. His car a Hundai Atos with registration number KZK 6054 , was found by his relatives in a parking lot , just before the bridge of Aliakmona river.

The son of the missing Iordanis Fokialis anxious about the fate of his father, spoke to the reporter of ‘ Tunnel ‘. He described to the camera how his older brother found after two days the car abandoned in a parking lot near the bridge Aliakmona . At the camera also talked the owner of the cafe which the missing visited on the afternoon before he disappeared and a friend who was with together. He seemed cheerful and before leaving he treated all his friends . After a while he received a phone call . He did not speak in front of his friends as he used , but came out of the cafe to answer it.

The conversation with the unknown…

His best man missing Nikos Pistolas spoke to the camera of “Tunnel” from the parking lot where his abandoned car was found. He expressed concern for the meeting Tasos had outside of his house , a week before he disappeared someone told him that he saw him talking with two men. Tasos was heard to say: ” I took care of it” and then one of them called someone on the phone saying: ” He said that he arranged it. Is it okay ? OK, we’re leaving.”. This incident raises questions if someone was threatening him.

That night Tassos Fokialis went around 9:30 pm to another coffee shop in the village. The owner described how he was hanging out with other villagers and even urged them to continue the evening at another bar . His friends left and he stayed for some time alone with his thoughts . Then witnesses saw him at a bar in Kozani. From there he left at around 2.30 in the morning. Since then he is been missing.

The camera recorded his movements?

The research attention focused on the camera of the Post Office located on the same street with the bar where the missing was. By taking advantage of this material would look if Tasos Fokialis left alone fromthe bar, as it the shop assistant said, or was with another person.

At the surveys for locating the missing man in Aliakmonas river participated the volunteer rescuer of the Greek Rescue Team , Stelios Kallianiotis . As he said they searched the river , but the weather did not help them to complete their job.

The confession of the missing man to a friend

Important is what said Mary Magiridou, family friend of the missing. She is the person who met Tasos Fokialis before he disappeared. He confessed to her that he had recently visited his doctor and told him he facing a serious health problem, without clarifying what exactly. He seemed very upset and feared what would become of his little son if something bad happened to him .

His relatives contacted the family doctor, but he assured them that Tasos had not visited him for a long time. Removing confidential of his mobile phone will help greatly to know his last position. Determine who spoke with and who were the unknownd men who visited him one week before his disappearance at his house with strange moods …