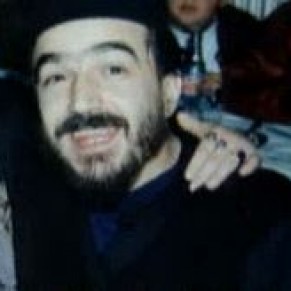 The courts verdict put an end to the murder case of the missing priests daughter from Farsala, Larisa.
Share

The elder who had been arrested for the murder of Marianna Mygdanalevrou 26 years old, was condemned by the Mixed Jury of Karditsa to life imprisonment on charges of intentional homicide in a calm mental state.

According to the decision, Eleftherios Patras 72 years old, who had Marianna under his “protection”, killed her during the night of February the 3rd, 2011 at Farsala. He poured oil on her and set fire to her bed. A shocking detail is that, Marianna was burned alive. The corpse was found a few hours later by her 44 year old- fianc?.

According to the submissions of witnesses, “the old man all these years wasnt seeing her as his daughter, and killed her because she wanted to leave him for her fianc? “

The relatives of the unfortunate girl after the decision of the court, spoke about justice.

The case of father – priest

The father of Marianna went missing 16 years ago. He is 37-year old priest, Alexandros Mygdanalevros. His car was abandoned at Zemeno and was found two days after his loss.

All these years, rumors circulated that the priest directed her disappearance and he is abroad with different name. Others say that he was murdered because he had identified something illegal at his region.