The unknown aspects of the case of the young mother who lost her life under unspecified conditions in Skiathos, presented the "Tunnel".
Share

Sweet Sonia Armakola, 38, was working on the cosmopolitan island to help financial her children.

At dawn on Friday, September 11, 2015, a carefree ride, turned into a nightmare… The beautiful woman silenced forever, just before returning to her home town in Distomo …

The police spoke about a rolling with a vehicle that became a deadly. Eight days later, the unfortunate Sonia died in the hospital of Volos where she was transported, with craniocerebral injuries. The omissions of the health center doctor who initially went to her proved to be fatal.

Her relatives from the first moment claimed that her death was due to manslaughter intentionally and filed a lawsuit. They invoked to all that was heard among the inhabitants of the island  that Sonia had been beaten before the accident. They pointed out the contradictions of her friends who were eye-witnesses at the fatal night. They found a gap of about an hour from the moment the group of friends  moved away from the bar until they went to the beach for night swimming. 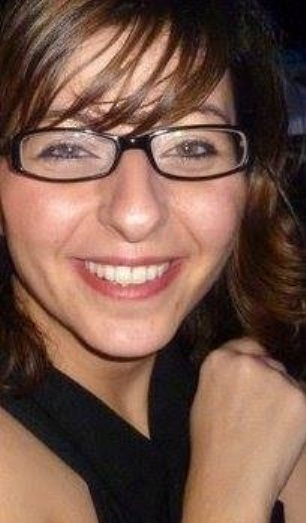 The lawyer of the family Christoforos Glavenos, who was found in the Tunnel studio on Friday 16 February, said:

“Research is under way. We are trying to collect more evidence in an effort to fill the gaps in the case. There was no autopsy at the place of the accident, no photographs were taken, no mechanical or other examination of the motorcycle. If there is representation  of the accident and all the witnesses stand against each other, we will not end up this case. I believe that the competent Attorney dealing with the case will expect the new scientific evidence of the experts appointed by the family to be filed. ”

For the serious omissions in the transfer of the unfortunate woman to the Health Center and the first medical report, spoke the forensic expert and technical advisor of the family, coroner Dimitris Galenteris. On a live connection with  “Tunnel” via Skype, he said:

“The corpse speaks. The findings speak. Sonia, as described by the axonal examination at the hospital of Volos, suffered a serious fracture in the skull. This would have the effect of losing her senses for several minutes, then she would have a bright break, and then she would lose her senses again.
A gentle accident with a motorcycle  does not cause such a serious fracture without any obvious external trauma. This particular lesion, the temporal fracture, requires great strength to be caused, “he said. 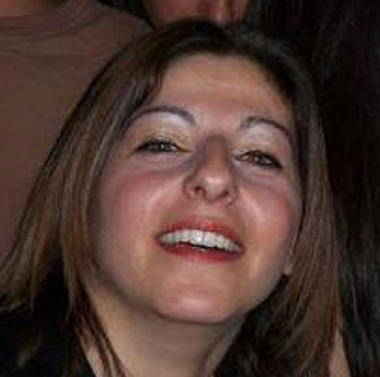 The First Witness: We’ve seen them fall from the motorcycle…

One of the friends who were in the company of Sonia the fateful night spoke to “Tunnel”.
He still cannot understand how this evil happened to the unfortunate woman. He said that that night after work, they all decided to go swimming. In front of the witness was the motorbike in which Sonia was a co-driver, and he was following with his girlfriend.
Sometimes he saw them falling and he stopped. The other motorbike was overturned in a puddle, but they got up immediately and showed no worry about anything. They just seemed scratchy.
The witness did not remember if Sonia had risen up as the engine was in motion.
Finally, he said, after the event, the company arrived at the beach. He went swimming and the rest of them were looking where they were hit themselves.
Shortly after, his girlfriend informed him that Sonia was not feeling well. In the next ten to fifteen minutes, they called for an ambulance, no one responded, and eventually decided to go to the village and find a taxi.
When the girl was transferred to the Health Center, the doctor said it was nothing serious.
As for the rumors that were heard on the island that Sonia had been beaten before the accident, he said they were unreasonable. 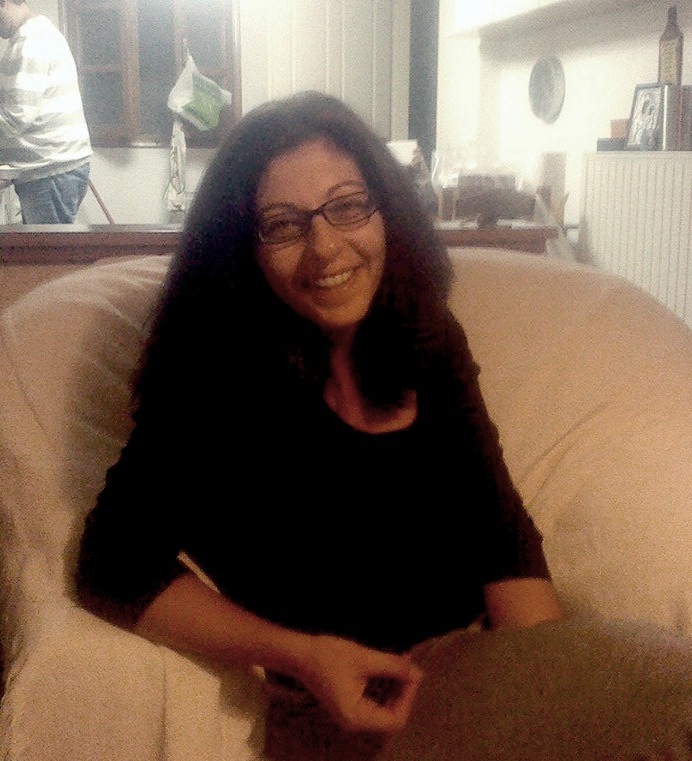 Second witness: I was arguing all night with the doctor because he did not estimate  the seriousness of the situation …
Sonia’s  close friend, was with her the fatal night.
After work, the two girls met with two friends at a bar in Chora, had a drink and decided together to leave for the beach, for a night swimming.
When they left the bar went to their houses to put on their swimsuits, the witness tried to call Sonia on the phone, without effect.
The two boys took the girls from their houses with their motorbikes and met again on the way to the beach.
Sometimes they saw them as they were headed to fall with the motorbike. The witness saw Sonia and the driver stand up and laugh, saying that everything was good and they wanted to continue . On the beach they were rinsed out of the blood and sat for a while  on the sun loungers.
“After some time we wanted to leave, the Syrian told me” if you can wake up Sonia because she’s asleep. ”  This happened at five o’clock. Sonia did not wake up and the boys transferred  her with the lounger on the street until the taxi came because the ambulance call center  was not responding. ”
“At the Health Center I was arguing  all night with the doctor because he claimed she was drunk, and I said she was not, and that something else happened.” 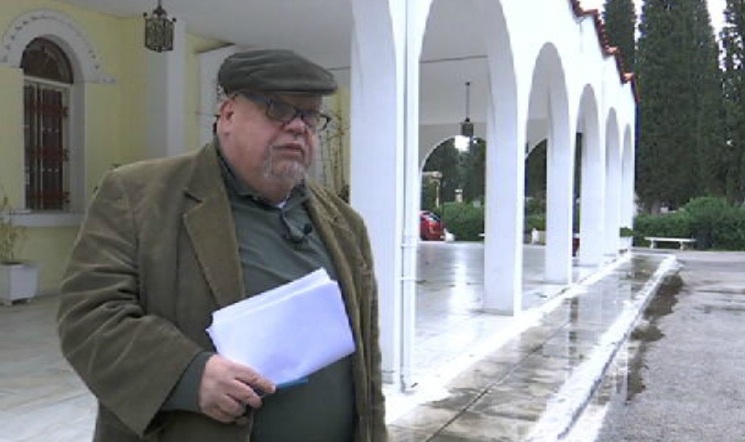 Coroner: The incident is odd and requires investigation
Tunnel requested the assistance of the renowned Coroner Ilias  Boyokas, Head of the Piraeus service.
Mr. Boyokas, after studying the reports of the first forensic scientist and the technical consultant appointed by the family of the unfortunate Sonia, said:
“It is difficult for a specialist to come forward afterwards. In this case, however, there are important elements that we can investigate. ”
He stressed that the movement of themotorbike and the fall of the girl give mixed type injuries.
“You would expect the incident to cause injuries but also some sort of friction in the hands, elbows and legs that are not described in the first report. If the first coroner reported  injuries to the left half of the head, obviously they were existed. The physicians who performed the craniotomy would definitely go axial and would look like the extent of the wounds and internal bleeding. That would also appear from the first estimate when they went to the Health Center, “he said.
As the forensic scientist said, the fact that no toxicology tests were performed is not considered a failure in this case, as the necropsy occurred eight days after the event.
“What could be done at the request of a prosecutor and investigating authorities would be to examine the sample of the first blood sample taken by the girl when she arrived at the Health Center, which is considered trustworthy,” Mr. Boyokas said.
Regarding the blow from thorn  instrument, spoken by the family’s technical adviser, the head of the Piraeus Forensic Service told Tunnel:
“I have not seen pictures to be able to evaluate. And an inch is considered a thorn instrument, except that it is wider than a stick that strikes the head, or a dumbbell. If she had been struck somewhere, somehow and she had not lost her senses for up to half an hour, she might bleed to a second stage. That is, she was beaten and in a second stage and as she was going on, lost her balance and fell. And that may have happened, “he said.
As said, the best assessment would be made by the doctors who examined her  first and not by the follow-up coroners.
“I think the incident is a little strange. For me, one cannot be absolute, if other elements have emerged, it needs to be investigated, “he concluded. 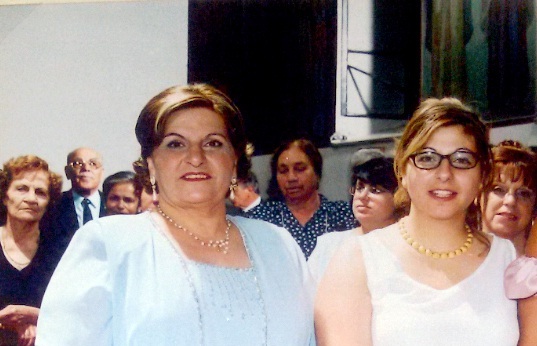 Mother: Even  from my  grave I will cry that it was not an accident…

“I beg you to do what you can to illuminate the truth about my child.”
With these words, the mother of the unfortunate Sonia sent through the Tunnel a dramatic appeal to the one who knows what really happened to her daughter to tell  her the truth.
She has never been convinced that her death is due to a traffic accident. With a shuddering voice she described the show when Sonia called her to the phone to tell her that she would meet her the next day.
“Do you hear this rumbling mother? This is my ticket. Tomorrow we’ll have coffee together. ” Sonia, however, never got back.
She said her daughter was apart from her husband and dreamed of a new start. She went to Skiathos to work as a chef to raise money for her children’s tutorials.
Shortly before evil happened, she confessed talking to her on the phone as she feared without telling her of what and who.
The return ticket of the unfortunate woman, according to her mother was lost from her bag and was never found.
“If I do not know what happened to my child, I will not leave this world. I think she was  killed  and I want the guilty to be found. Thousands of courts to rule that it was an accident, and from the grave I will cry Nikolouli find the truth about my child … “.