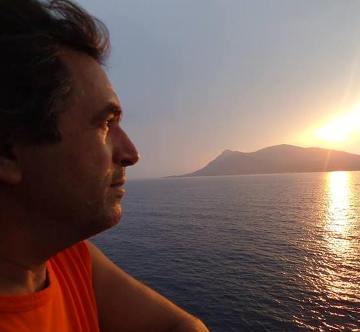 In puzzle for strong solvers evolving the case of the disappearance of 57 year old businessman from Schino Corinthos.
Share

The owner of the beach-bar Punta Loka  at the beach of Almira Dimitris Bekiaris, mysteriously disappeared on the evening of Monday June 9th. According to witnesses he left around 10pm from the beach-bar with his dark-colored Mercedes, with registration number ΥΝΟ 5113. 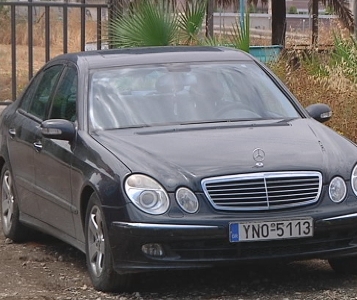 The next morning, the car was found unlocked at the entrance of the parking lot of the beach-bar. Someone tried to erase incriminating evidence ….

The missing man around eight o’clock on Monday night, said goodbye to his girlfriend Silia Triandafyllidou who was going to travel to Athens. They agreed to talk on the phone when she would arrive at her destination, something that happened. At that time the 57 year old man was still in the beach bar with his partner Stelios Pananoudaki and some people from the staff. By that time nothing foreshadowed what would follow.

When his partner tried around ten oclock to call him, his mobile phone was switched off. As it turned out, he did not go to his house because the alarm was not turned off.

The son Dimitri Bekiari spoke to the reporter of ‘Tunnel’. His father had another buismness with metal construction in Athens, and he was traveling back and forth frequently. He invested a lot of money at the beach bar and lately was very anxious about his business in Schino. According to the missing man girlfriend, his relationship with his partner at the beach bar was often strained.

The car holds the key to the puzzle …

The gilrlfriend of the 57year old worried that something happened and very early on Tuesday morning called his colleagues.

They went to the beach-bar and spotted his car unlocked at the entrance of the parking lot and not at the point that he used to leave it.

First they started searching the area around at the mountain and at the sea . Then they saw that in the car were his clothes, his wallet without money and his laptop. What struck them was that someone had carefully wiped the handles on the driver’s door and the trunk, while the whole car was dirt from the rain that had preceded.

Close associate of the missing man revealed at the camera of the show that from the car  were missing the documents of the beach bar ,his mobile phone and money. He argued that the missing person wouldnt to leave the car unlocked, or leave it at the point that was found. 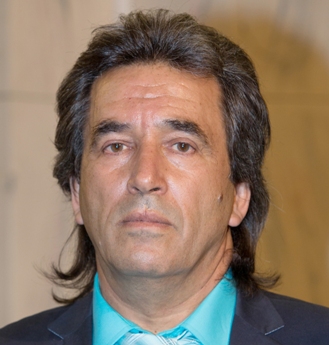 What his partner told for the disappearance

Speaking at the camera “Tunnel”, the partner of Dimitris Bekiaris said that he was informed for the disappearance on Tuesday morning. The previous evening, intrigued him that sometime while they were together at the beach bar and talking, the missing man went to his the car to change his blouse.

Stelios Pananoudakis talked about their collaboration which featured perfect. They had recently agreed to sell to the missing his share of the business. For this reason they intended soon to visit a lawyer. He was unaware, however, that from Dimitris car the business documents were missing.

As he told to the reporter of the show: “We are all suspects. I do not trust anyone, not even myself. I dont know what the next day will bring to me. I hope he is alive. “