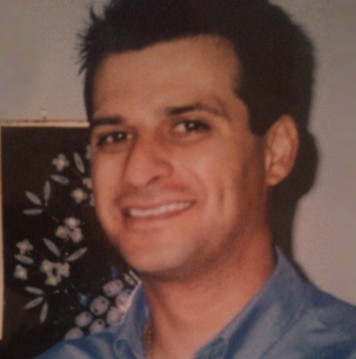 The disappearance of a young man was investigated by the " Light in the Tunnel" .
Share

Nektarios Georgakis 40 year old, got lost March 13th, 2013 from his house in Thessaloniki Sindos. Recently he was working as welder in the industrial & commercial zone of the town. He broke up with his girlfriend after two years and he wanted to get back together.  Tunnel  revealed unknown aspects of this strange disappearance The phone call he made to his girlfriend, the last messages he sent to her and the signal of his mobile which received by the antenna…

They broke up and he got lost

His mother and sister described at Tunnels camera Nektarios tough hours before his dissaperance. Because of the problems he had with his girlfriend he had been devastated. His job did not satisfy him, he was concerned and wanted something better for his life. Not long ago before he got lost, had stayed in the monastery of St. Gregory at Agio Oros for five months.

That fateful afternoon for the family, her mother made coffee for her son. He went to his room with the tray in her hands and found the balcony door open and Nektarios disappeared. Some people saw him upset in the street, talking on his cell phone. From that time onwards began to Calvary for family Georgakis. The mother declared her son’s disappearance to the local police station and kept asking for the actions that took place. On one of her visits, the commander officer told her:” If your son starts to smell we will bring him to you»

He was searching for his girlfriend…

As it turned out Nektarios had suddenly gone from his job without taking his salary. His money was given to his mother. When he got lost , the family put up posters with his picture throughout Thessaloniki hoping to learn something about his whereabouts . According to witnesses people who knew him saw him two daysafter the disappearance at the city center to seek desperately for his girlfriend.

The riddle with the messages

His girlfriend spoke to the reporter of ‘ Tunnel ‘ without showing her face. She argued that she broke up with Nektarios because she could not tolerate the unbearable jealousy of his. She said they had an appointment one day before he disappeared, but did not appear. The day he was lost he called her on the phone, something that she could not remember. The judge gave the permission to the family to see how Nektarios used his mobile those days. As it seems he sent text messages to his girlfriend twenty- two days after the disappearance. She claimed that she never received them. The strange thing is that the signal of the mobile is coming from the antenna of the region where the girl lives.

Looking five years for her son

At the studio was hosted another doleful mother hoping to learn news about her son who is being missing almost five years.

Vasilis Konomis 32 year old now, has left the house where he was living with his family at Kallipoli Piraeus on January 6, 2009. At that time he was not working. He was student at the university of Pireaus .

Alongside the show continues its deep research in the sensational case of Marios Papageorgiou.

The fear was removed mouths opened and shocking new evidencecame to light fifteen months after the abduction of 26 year old. 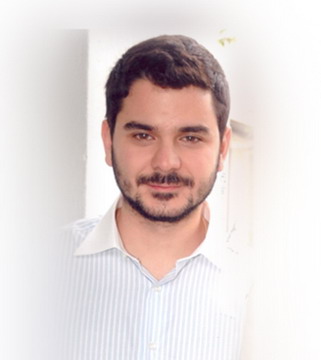 On the night of August 9 on the junction of the street Adroditis and Aiolou in Paleo Faliro , a sudden braking and one young man shouting for help were heard. Next to a dark colored Audi, stood a young man limping and clutching his belly. According to the witness an older man came out of the car wearing athletic clothes, another taller man and a woman about 55 year old. The young man continued to call for help and then the woman hit him in the back and he fell down on the street. They lifted him and threw him in the car. The oldest man was angry and yelled at others to leave quickly because someone was expecting them.

The witness gave a description of the people who saw and recognized two of the defendants in the photographs that “Tunnel” showed her. Some time later a patrol car stoped found the same spot with its light on. A policeman came out of the car, checked the place reentered in the car and left.