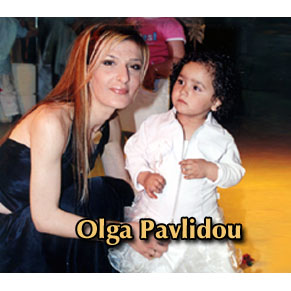 'Tunnel' dealt with a very interesting and shocking case on Friday 29th of October 2010.
Share

A disappearance, a murder, horror and a little kid in the middle, are the parts of the story. Olga Paulidou, 31 years old, mother of a little girl, went missing on dawn of 24th of August 2009 from her home in Kordelio of Thessaloniki. After 10 months, her boyfriend and father of the child was found murdered near Sidirokastro of Serres. The Authorities believe that this is about unresolved differences between people of the night. The same guy, before he gets killed, told several times to his relatives that he tries to find clues which would lead him to missing Olga. Important eye-witness talked to ‘Tunnel’ and described a white Opel Corsa, which was crashed into the rear right bump and there where three people inside. Olga probably was in that car the night she went missing. Plot, mystery, suspense and unanswered questions about the little girl who grows up with her grandparents, not knowing the tragedy of her parents. Everything shows that the same gang murdered Olga and got rid of her body.