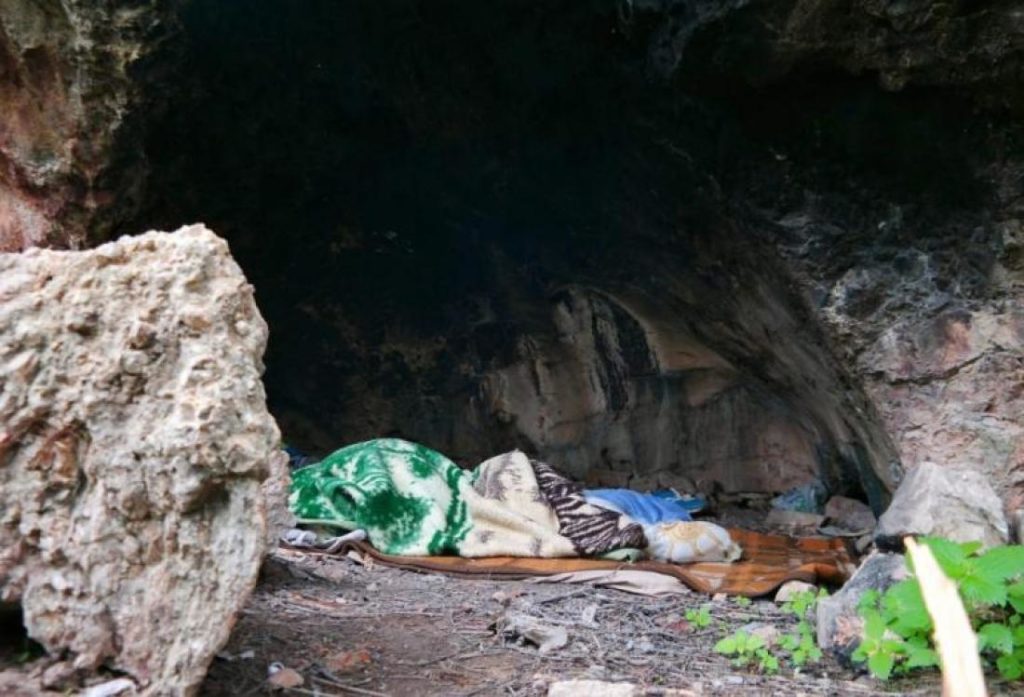 Thriller in Sounio. Human skeleton was found in a travel bag in the Aspro Liathari area.
Share

Walker accidentally spotted the remains on Thursday September 28 and alerted the Authorities. Immediately there was an alarm and Crime Division of Greek Police and a Coroner went to the point.

From the bag with the skeleton which was lying in a hole at the bottom of the cave,  were coming out long black hair and black cloth remnants. Around there were scattered all sorts of trash.

Among them, the police officers of the Crime Department found  two  credit cards, and it is not yet known  if they belong to the victim. They were picked up together with soles of shattered shoes for examination at the Criminal Laboratories.

The skeleton is estimated to be at least five years old and may have been sliced to fit into the travel bag.

According to a first unofficial assessment of the bones by the coroner who is in charge , they are more likely to belong to a man.

The skeleton is at the Forensic Laboratory of the Medical School of the University of Athens for a forensic and anthropological examination in order to establish with certainty the sex, the age of the bones, and the age of the victim. Experts will also appreciate if there are postmortem or post-mortem lesions, giving a clearer response for the impact on the skeleton’s skull.

The process is expected to last several days so scientists can safely draw conclusions about all the questions that arise.

Similar holes and gaps like the one where the skeleton was  found  are many  in the Lavreotiki region. They are ancient mining wells, and in a similar way they had previously hammered a trunk with the body of the wildly murdered Jewish diva dealer Levi. His murderers who threw it there were arrested   later.