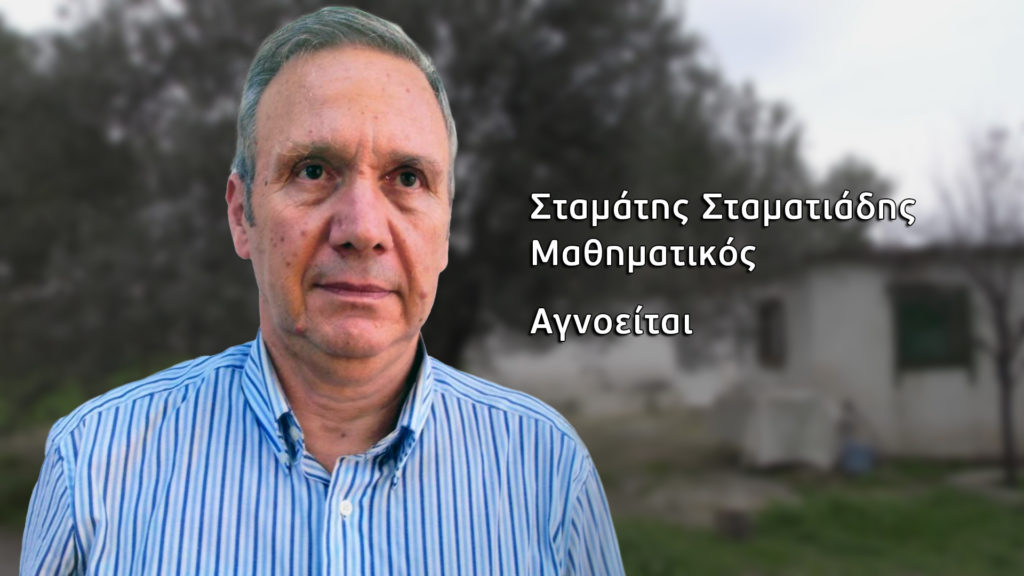 The "Tunnel" in the first show of the year also researched a strange story with a missing mathematician known in the area of ​​Trizinia.
Share

His traces were probably lost on Thursday, September 16, from Taktikoupoli, where he had lived for the last three years.

The food that was not served, the lights on, the music playing and the open house, compose the scene of the mysterious disappearance of 75-year-old Stamatis Stamatiadis.

The sister of the “intellectual mathematician” talked to the camera of “Tunnel”. She has been looking for him in agony.

“One life he was a lover of mathematics and music. He always went forward, he was a special person. He was reading, researching and looking at everything new. That was his momentum. He wanted to learn what he knew from others. There was no one who asked him for help and did not give it. For the last fifteen years his companions have been his books, his music and his kittens. From here his traces disappeared suddenly in an unknown direction. It is difficult for him to have left alone. When we arrived we found the house untidy and the food he had cooked was left there. The lights and the music were on,” she said, describing the scene of the disappearance.

“I was helping him with the pension and the shopping…”

The show spotted and talked with the man who was close to the missing mathematician, as he assisted him with his shopping trips and pension once a month.

“I have known Stamatis for the last two to three years. I met him through his landlady. I was helping him with his pension and shopping because he could not walk well and because he lived far from the center, I was taking him by car. His brother informed me about the disappearance. I went home twice to look for him, but in vain. Last time I drove him down to the center about twenty days before he disappeared. The cell phone he had to listen to music was found in the house. The other cell phone was not found and has been switched off since he disappeared,” he said.

He described him as an educated but difficult person without social contacts, who really liked reading and everyone was talking about his knowledge and uniqueness.

“It’s a mystery. It seems that they surprised him… “

The man who transported the unfortunate Stamatiadis to Poros with his sea taxi before he disappeared, happens to be his former student. Speaking to the “Tunnel” from the boat where the missing person boarded a few days earlier, he considers his disappearance a mystery.

“He was a lonely man. I did not know anyone who was hanging out. He was a fighter and I wonder how he disappeared like that… About a week before we found out he was missing, I took him to Poros. It was like every time, he did not say anything different. He sat next to me and we talked as usual. A special person with a love for books. I think he may have been robbed or something happened and taken by surprise. I hope for the best, but unfortunately the facts show that the result will not be optimistic. It seems strange to everyone here in the area that he disappeared in this way,” he said.

“The kittens he was taking care of, were shot…”

The sister of the missing professor asks for a deeper research so that her family can get the answers to the questions that “burn”.

“There is nothing around his house and only one neighbor with whom they had problems due to bad neighboring. My brother had some kittens and I do not know if there was an issue with the neighbor’s dogs. At one point he called our sister very upset and told her that someone had shot his kittens as shards were found on them. I cannot imagine what they could have done here in the wilderness and someone wanted to harm them,” she wondered.

But there is also a mystery about the money that the missing person should have had in his house.

“His pension was not found at home, only 50 euros. He last made a withdrawal on August 30 and disappeared a few days later. The police did not take fingerprints because at first they did not believe that it was a criminal act. I now consider all scenarios possible. All we want is to know the truth and what exactly happened to him,” she concluded at an emotional state.

The neighbor of the missing person told the journalist of the show, who did the on-site report, that he did not have a problem with him and that the bad relations were due to the behavior of the retiree. He said that he was not bothered by the kittens, since he also had pets.

The show provided important information. The owner of a drilling estate, located at a distance from the house where the teacher lived, said he saw him exhausted and confused. She recognized him because he was his teacher. He offered to help him, but Stamatiadis refused. He called the police and the Municipality to pick him up, but they couldn’t help.

When he later went determined to offer his help, he was speechless. A few days later, he saw investigators looking for him in the area. It is unknown whether he disappeared from that spot or returned home and disappeared at night.

The retired professor, who has been teaching mathematics for over twenty years in the area of ​​Trizinia, is 1.75 tall and thin, with gray hair. Lately he looked depressed and had lost weight. For his disappearance Silver Alert has been activated. 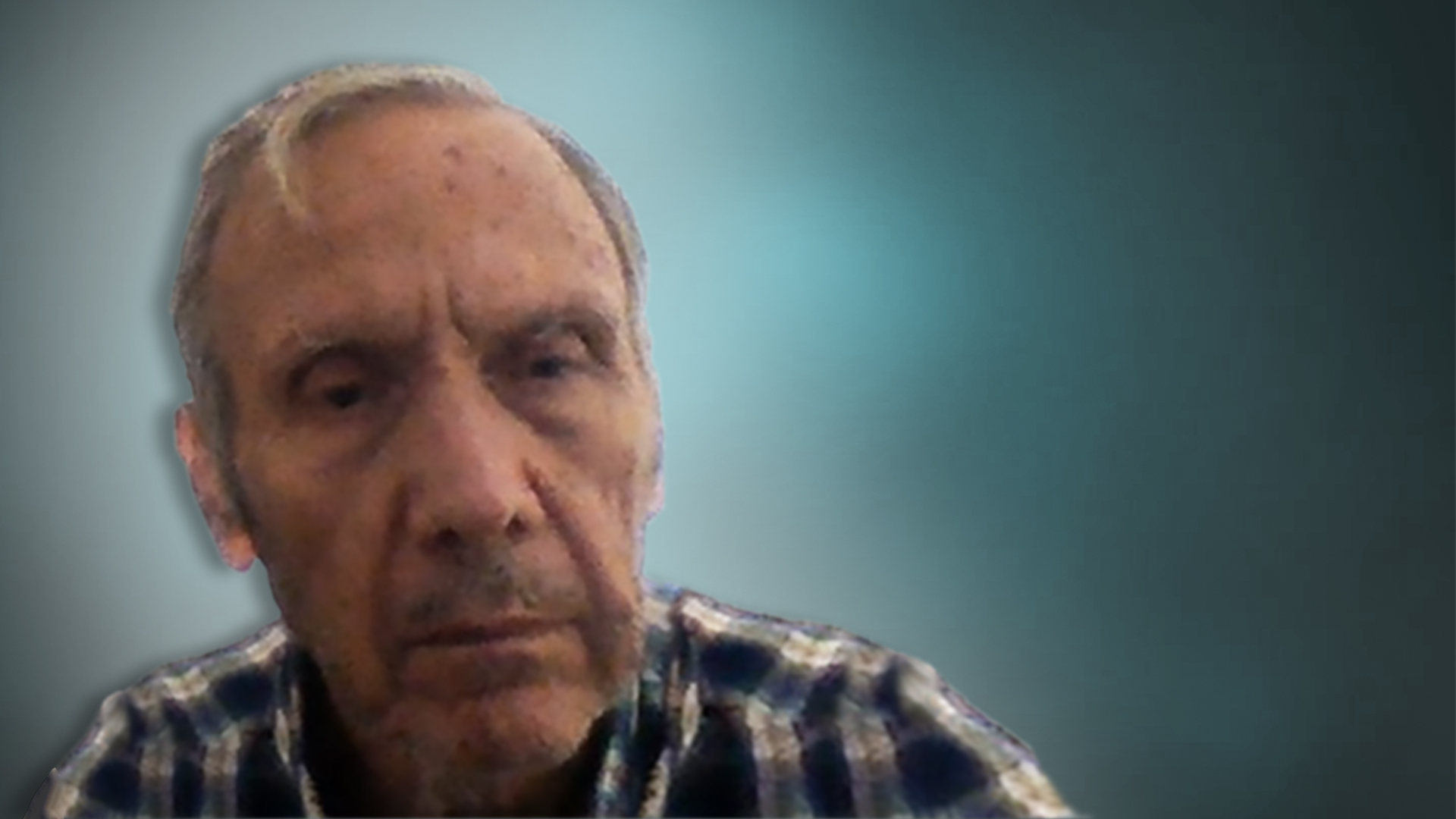